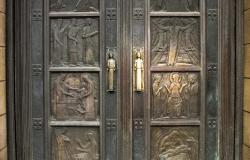 A cursory glance at the state of today’s world will give pause to anyone wishing to celebrate humanity’s progress. In fact, evidence abounds that the possibility of a reversion to barbarism should not be rejected as too far-fetched.

We live in a period of great global complexity, confusion and uncertainty. We are in the midst of a whirlpool of events and developments that are eroding our capability to manage human affairs in a way that is conducive to the attainment of a political and economic order based on stability, justice and sustainability. Indeed, the contemporary world is fraught with perils and challenges that will test severely humanity’s ability to maintain a steady course towards anything resembling a civilized life.

For starters, we have been witnessing the gradual erosion of socio-economic gains in much of the advanced industrialized world since the late 1970, along with the rollback of the social state, while a tiny percentage of the population is wealthy beyond imagination that compromises democracy, subverts the “common good” and promotes a culture of dog-eat-dog world. The pitfalls of massive economic inequality were identified even by ancient scholars, such as Aristotle, and yet we are still allowing the rich and powerful not only to dictate the nature of society we live in but also to impose conditions that make it seem as if there is no alternative to the dominance of a system in which the interests of the rich have primacy over social needs.

In this context, the political system known as representative democracy has fallen completely into the hands of a moneyed oligarchy which controls humanity’s future. Democracy no longer exists in any meaningful sense. The main function of the citizenry in so-called “democratic” societies is to elect periodically the officials who are going to manage a system designed to serve the interests of a plutocracy and of global capitalism. The “common good” is dead, and in its place we have atomized, segmented societies in which the weak, the poor and powerless are left at the mercy of the gods.

The above features capture rather accurately, in my view, the socio-economic landscape and political culture of “late capitalism.” Nonetheless, the prospects for radical social change do not appear highly promising. Darkening times, strangely enough, have never favored the Left. And today’s Left appears preoccupied with identity politics and culture, while unified ideological gestalts guiding social and political action towards the building of a new socio-economic social order are sorely missing. What we may see then emerge in the years ahead is an even harsher and more authoritarian form of capitalism.

Then, there is the global warming phenomenon, which threatens to lead to the collapse of much of civilized life if it continues unabated. The extent to which the contemporary world is capable of addressing the effects of the climate crisis— heatwaves, frequent wildfires, longer periods of drought, rising sea levels, waves of mass migration — is indeed very much in doubt. Moreover, it is also unclear if a transition to clean energy sources, which is slow to emerge, even suffices at this point in order to contain the further rising of temperatures. To be sure, the global climate crisis will produce in the not-too-distant future major economic disasters, social upheavals and political instability.

If the climate change crisis is not enough to make one convinced that we live in ominously dangerous times, add to the above picture the ever-present threat of nuclear weapons. In fact, the threat of a nuclear war or the possibility of nuclear attacks is probably more pronounced in today’s global environment than any other time since the dawn of the atomic age. A multi-polar world with nuclear weapons is a far more unstable environment than a bipolar world with nuclear weapons, particularly if we take into account the growing presence and influence of non-state actors, such as extreme terrorist organizations, and the spread of irrational and/or fundamentalist thinking, which has emerged as the new plague in many countries around the world, including first and foremost the United States.

The above reflections are not intended to cause despair, or even to suggest that there hasn’t been improvement on some fronts, but only to show that human progress is not linear and that societal regression can easily take place under a socio-economic order designed to enhance the power of a few at the expense of society as a whole, which is indeed the trademark of neoliberal capitalism. Nations rise and fall, and even our ability to use reason does not necessarily increase with time and with the further advance of science.

As a matter of fact, a good argument can be made that we live today in a new age of unreason. Science is still rejected by many people, objectivity and truth have become contested terms, and we are delaying the end of the fossil fuel age because we are accustomed to doing things in a particular way. Economics, politics, and psychology are all at work behind humanity’s apparent inability or unwillingness to alter course with regard to energy production and consumption even though we know that fossil fuels are destroying the environment by producing large amounts of greenhouse gases which trap hear and raise temperature across the globe.

Of course, capitalism itself is a highly irrational system for meeting human needs and wants; yet it’s been around for more than  500 years and predictions of a post-capitalist future knocking on our door should be taken with a grain of salt. Capitalism has demonstrated an uncanny ability to evolve, and can easily co-exist with different types of regimes, ranging from social-democracy to dictatorship.  But now it is ruining the Earth, and unless we can transform this irrational economic system and, above all else, do away with its addiction to fossil fuels, the collapse of civilized social order is a near certainty. Then the floodgates of barbarism will be wide open.

This first appeared in the Rozenberg Quarterly.

Photo by Luna Sophie from Pexels

An Alarm Signal for Democracy