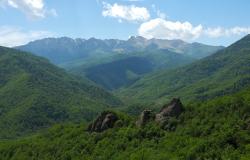 The recent military flair up of Nagorno-Karabakh conflict was ended on the 10th November by a Russian-brokered ceasefire agreement after 44 days. The most important question in the years to come appears to be: Quo vadis, Nagorno-Karabakh?

Usually, a goal, or a destination is the prerequisite of any movement. In the case of Nagorno-Karabakh, however, the way itself seems to be the goal, and that way is called confidence building. Here, two approaches appear to be keys for a successful peace-building process: defusing the status issue and gradual restoring relations. And they can be influenced or accelerated through supporting initiatives by the international community. Indeed, given the current confrontational positions, they are indispensable.

At first glance, the interests of the two conflict parties appear to be as irreconcilable as one wants to defend what the other wants to overcome: the status quo in Nagorno-Karabakh. The Armenian side wants to secure the – in the early 1990s militarily enforced – territorial status quo which is, however, at risk because Armenia is violating international law and remains vulnerable to a military backlash, as clearly demonstrated by its recent defeat. Conversely, Azerbaijan is determined to fully restore its territorial integrity, i.e., the status quo ante that it lost militarily in the first Karabakh war (1992-94), which, however, entails new military risks due to the presence of Russian troops now on the ground. Thus, both sides are in precarious situations for different reasons. Resolving these tensions through negotiations promises more than the continuation of the confrontational posture that merely perpetuates uncertainty for both sides.

Although the circumstances are now clear to external observers, they are not very obvious to the conflict parties themselves, due to a cognitive blockade created by a deep mutual mistrust. Here, a policy of détente including military disengagement could neutralize both the military threat and should create enough trust to enable a process of rapprochement.

The first task would focus on new points of view regarding the political status of Nagorno-Karabakh. The appeal of a bilaterally agreed and internationally safeguarded and locally administrated interim solution for Nagorno-Karabakh is that it would reinforce the current status quo in the interest of Armenia yet remain a temporary solution, which is in Azerbaijan’s interest.

The advantages of such an interim solution are obvious for both sides. For the Armenians it represents the safety and security of Armenian minority in the region. For Azerbaijan, this would simply ratify its internationally recognized borders. An interim solution would also make it possible for both parties to restore economic and human relations in the conflict region and beyond. Like the OSCE Basic Principles from 2007 for a peaceful resolution of the conflict, the question of determining Nagorno-Karabakh’s final status would remain linked to a future comprehensive peace agreement between Armenia and Azerbaijan.

There are two prerequisites for cutting the Gordian knot of the region’s final status: On the one hand, Armenia must acknowledge Azerbaijan’s territorial integrity and renounce any territorial claims; on the other, Baku has to recognize that the Armenian community of Nagorno-Karabakh is a partner for dialogue. Other conflict parties also have had to take similar steps. For example, the Anglo-Irish Agreement of 1985, in which London acknowledged Dublin as a negotiating partner and the Republic of Ireland effectively renounced its claim on Northern Ireland, was a major stepping-stone in the peace process.

Defusing the status issue would create conditions that enable the gradual restoration of economic relations and human contacts between Armenia and Azerbaijan. Nevertheless, the process of creating understanding only promises success if the advantages of peace gradually become tangible for both parties.

In the South Caucasus, a first gradualist step would be rebuilding the transportation infrastructure (roads, railways, and air traffic) with international support – similar to the Stability Pact for South Eastern Europe that the EU established after NATO intervention in Yugoslavia in 1999. Experience shows that cross-border retail trade would begin immediately thereafter. This is no panacea, but rather the beginning of a long process.

In addition, establishing diplomatic ties between Turkey and Armenia and opening the border could be highly conducive for the rapprochement of Armenia and Azerbaijan. Turkey closed its border with Armenia in the early 1990s in response to Yerevan’s occupation of surrounding territories outside of Nagorno-Karabakh. Now, these sanctions could be transformed into an incentive for making a timetable to open all regional borders, including the transport routes from Turkey to Armenia and those that pass-through Armenia to Azerbaijan. Indeed, after the end of the recent war, Turkey declared its basic willingness, to open its borders with Armenia.

Ethno-nationalist and revisionist historical narratives must also be rejected, starting with reporting about the other side. Take the case of Trieste: In 1993, more than 40 years after Italy and Yugoslavia were forcibly separated and 20 years after the Osimo Treaty (which settled their final borders), Italy and Slovenia finally set up a historical commission that published a co-authored text on “Italian-Slovenian Relations 1880–1956”. Obviously, such changes in the national psyche take generations, especially after wars. But they must begin as soon as possible.

Another challenge is the return of refugees and IDPs. The largest group is made up of Azeris who fled the seven districts that Armenia occupied in 1992/1993. Although their homes have been ruined under occupation, these refugees intend to return to these recently regained territories. Another group is the Azeris who left Nagorno-Karabakh itself. Although they constitute a smaller group, their return is the most sensitive: The now exclusively Armenian surroundings are not very inviting. This problem is well known in Bosnia and Herzegovina for example, where most places have remained ethnically homogeneous.

Overall, the specific pros and cons of all schemes for settling the conflict must be made tangible: This is where international actors play a decisive role. The case of Northern Ireland serves as an excellent example. Negotiations were not initiated by the conflict parties but rather by London and Dublin, with the involvement of politicians from the USA. A pattern of slow and instructive diplomatic scuttling was developed, and although antagonistic perceptions, binary ways of thinking, and behavioral patterns were not totally eliminated, the antagonists began to open up to compromise. That took a lot of time and an often tortuous path. Every single step towards possible cooperation demanded the careful management of spoilers who resisted each partial concession that they regarded as betraying their holy mission. And the situation around Nagorno-Karabakh looks not much different.

Azer Babayev is an Assistant Professor of Political Science at ADA University (Baku). Ha has recently been a visiting scholar at the Peace Research Institute Frankfurt (PRIF) and co-edited the book 'The Nagorno-Karabakh Deadlock: Insights from Successful Conflict Settlements' (Springer VS 2020).