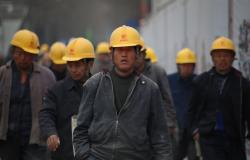 While the United States and China are at loggerheads on many issues from  trade to intellectual property rights to South China Sea islands, and the talk is rife of a new Cold War, internally both countries are trying to adopt policies to reduce income inequality. The similarity in objectives, and in some cases, even in policies is the product of similarities in the evolution of inequality over the past decades, and of increased social consensus that something has to be done to curb it.

At the time of the introduction of the responsibility system in 1978 (privatization of land) and first reforms, income inequality in China was at an extremely low level, estimated at 28 Gini points. Today, it is 47, an almost Latin American level. America’s income inequality, using the same metric, was 35 when Ronald Reagan came to power; today it is 42. Chinese increase in inequality, pushed up by the remarkable structural change (movement from agriculture to industry and then to services) and urbanization, has been more dramatic than American. It was often “concealed” by the fact that Chinese incomes have in the meanwhile increased hugely and thus the proverbial pie, although its pieces were distributed more unequally, had grown so much that almost everybody’s real income rose.

In the past decade, it became clear that in both China and the US inequality increases had to be checked, and if possible reversed. The process in the United States is well known: it goes at least back to the Occupy Movement whose tenth anniversary was marked last month. The Chinese situation is less well known. High inequality has led to many protests. In 2019 (latest available year), the official Chinese count is of 300,000 cases of “disturbing order in public places”, most of them economically or otherwise socially-motivated (Statistical Yearbook of China 2020, Table 24-4). The proximate cause of many protests has to do with the expropriation of real estate that made owners of building companies rich, helped embezzlement by local officials, but dispossessed farmers of their land. The urban-rural gap officially estimated at almost 2 to 1 is among the highest in the world (calculated from Chinese urban and rural household surveys). The regional gap between the prosperous Eastern cities and provinces, and Western and Central parts of China threatens the unity of the country. Decent housing in big cities has become virtually unaffordable for young families. This has contributed to a drop in the birth rate and accelerated China’s demographic problems (aging and thus declining share of the working-age population).

The Chinese leaders, somewhat like American social critics and the Davos participants, have bewailed such inequality for years, but have done almost nothing to change it. That state of affairs is in the process of change. Earlier decisions to increase state investments in Central and Western regions, to spread the fast railroad network throughout the country, and to give authority over the implementation of the hukou (residence permit) system to provinces, with the right to abolish it altogether, have all to be seen as attempts to reduce China-wide inequality by reducing income disparities among the provinces and enabling easier movement of labor between rural and urban areas, and thus lower inequality between the two.

More importantly, the latest moves by the Chinese government show an even greater awareness of what needs to be done to stop the increase of inequality. They resemble, in some aspects, the measures that the US might pass in the next couple of years. The concerted effort to crack down on platforms and high-tech companies and to increase their regulation is similar to the anti-monopoly suits brought on by the US against Google and Facebook. The American system, because of many checks and lobbying power of tech giants, moves much more slowly than the Chinese but the objective of control of sectors who are natural monopolies and have acquired enormous economic and political power is common to both countries. Xi Jinping’s moves are often interpreted in purely power-political terms. While there is certainly such an element, curbing the power of monopolies has its own economic (efficiency) and social (equality) rationales.

Education has, both in the US and China, become extremely competitive and affordable, in its best form, only to a small minority. The transmission of family privileges via the education system was amply documented for the United States. Some recent  work by Roy van der Weide and Amber Narayan shows that social mobility in China is equally low. Xi Jinping’s decision to ban for-profit tuition companies is an attempt to “democratize” access to top education and to reduce privileges of rich families. Whether the move would be successful may be questioned. The underlying inequality and education competitiveness are not affected as rich parents may still buy individual tutoring. The intention of the policy though is right. Biden has likewise spoken about the revitalization of American public education system that was the backbone of prosperity after the Second World War but has since deteriorated.

“Common prosperity”, a new slogan enounced by the Chinese government, attempts to promote policies to correct inequalities accumulated over the past forty years –some perhaps inevitable in the transformation of the country—by changing the direction away from a single-minded pursuit of high growth to that of a more equitable society. It is not very different from what the progressives and a part of the Democratic establishment have recently argued for: the end of neoliberalism that has governed economic policies of all US administrations since the early 1980s. If this “pro-equality turn” indeed takes place in both countries, the moves we have seen so far are just a preamble. The long era that began with Deng Xiaoping in China and Ronald Reagan in the United States may be coming to a close.

The Run-Up To JCPOA's Revival