We Need to ‘Fear-guard’ Economies During Health Emergencies 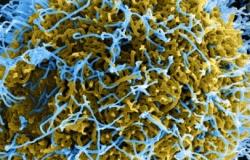 The discussion on how to protect countries from pandemics should also include strategies aimed at curbing potential ‘pandemics of fear’.

Few events cause as much devastation as pandemics. For instance, more people died during the 1918 influenza pandemic (50 to 100 million) than the World Wars (35 to 60 million).  Recent global health developments are addressing the direct challenge created by epidemics–bolstering the global response systems through improvements in emergency financing, vaccine research and development (R&D), and health systems. These include the Pandemic Emergency Financing Facility (PEF) at the World Bank, the Coalition for Epidemic Preparedness Innovations (CEPI), the World Health Organizations (WHO) Contingency Fund for Emergencies (CFE) and Health Emergencies Program (HEP), the Joint External Evaluations (JEE)/Global Health Security Agenda (GHSA), and universal health coverage (UHC). Improvements in disease surveillance and response will undoubtedly bolster countries’ resilience to the direct impact of epidemics. Yet the indirect impacts of fear-induced behavior and misinformation continues to pose a grave challenge that must be addressed in the near future. Importantly, the fearonomic effects can spread explosively even when an epidemic is unlikely to materialize, triggering significant economic and social ramifications even absent an actual outbreak. Global health leaders must take fear into greater account as they work to minimize the effects of future outbreaks.

During the Global Governance Futures program (GGF), the fellows of the working group on global health and pandemics explored how a pandemic could arise in 2027, despite the presence of a bolstered global response system. Utilizing scenario-planning methodology, we discussed how fear could not only derail response implementation for an epidemic, but also create unnecessary “fearonomic implications” for ‘at-risk’ countries that show no evidence of an outbreak. An example of this phenomenon can be seen in Ebola’s effect on tourism revenues in countries not necessarily affected by the disease. While Gambia did not have a single case of Ebola, its government reported the cancellation of 65 percent of hotel bookings and 50 percent of flights in early 2015. Similarly, over 5,000 kilometers away, Kenya, Tanzania, and South Africa also felt the effects of the Ebola outbreak on their tourism industries.

In the last two years, Africa has witnessed the fastest growth in mobile subscribers, doubling their subscriber base. In the coming decade, as smartphones get cheaper, it is plausible that the increasing adoption of mobile technology will usher in a mHealth revolution and new avenues for diagnostics. At the same time, ubiquitous access to communications technology will accelerate the spread of misinformation during an epidemic. Misinformation can augment the spread of a disease by increasing risky behavior, disrupting businesses by impacting the demand and supply of products and services, and exacerbate social inequality by encouraging stigmatization of those affected. As illustrated by the recent epidemics of SARS, Ebola, and Zika– when confronted with high-impact, low probability events such as epidemics – especially of a novel or emerging disease – both the public and decision-makers can have a distorted view of a disease. A vacuum of accurate knowledge of disease, case-fatality, and misinformation gleaned from news outlets or social media can all contribute to a distorted perspective. Decision-makers often determine the saliency of topics based upon the magnitude of media coverage that the issue attracts; thus, high media-coverage issues are often placed higher in the order of agenda. As a result, distorted perceptions or intense fear of diseases are often reflected in national policies. During the Ebola outbreak, 58 countries enacted trade and travel restrictions against WHO guidelines – in the absence of scientific evidence, and in clear violation of article 43 of International Health Regulations (IHR). The Ebola epidemic in West Africa led to a cumulative loss of 10 percent of the Gross Domestic Product (GDP) for the affected countries of Sierra Leone, Liberia, and Guinea. Similarly, the macroeconomic impact of SARS on the global economy was estimated to be between US$30–100 billion. Importantly, fear-related behavioral effects were estimated to account for 80 to 90 percent of the economic impact of SARS.

In an epidemic-like situation, intense fear and panic can lead to hysteria not only among the public, but political leaders as well. This in turn can spur incidents of violence, the marginalization of minorities, human rights abuse, and geopolitical mistrust that severely impacts both response efforts and diplomatic relations between countries. Moreover, misinformed claims by political or religious leaders can lead to high-risk behavior, a false sense of security, and even incite violence. During the 19th century Cholera epidemic in Europe, riots and disturbances occurred in every country affected by the outbreak, and in some areas the outbreak was blamed on the Polish minorities. Fear and misinformation can exacerbate social cascades, further encouraging the marginalization of minorities and demonization of “the other.” In fact, foreigners and minorities often make for convenient scape-goats during health emergencies. For instance, in West Africa rumors spread that foreigners or doctors were disseminating Ebola to wipe out the local population. This resulted in assaults on aid-workers and doctors in Guinea. In the West, individuals travelling from West Africa (or even Africa more broadly) were viewed with suspicion as potential vectors of Ebola transmission.

Fear can also drive behavior like the hoarding of resources – both by individuals and countries. Our report’s scenario highlights how in the event of a pandemic, intense panic can also potentially lead to unethical hoarding and the unjustified consumption of limited supplies of vaccine by wealthier nations– diverting treatment from where it may be needed the most. This was observed in the 2009 Flu epidemic when developed countries placed large orders and bought virtually all of the Flu vaccine supply. While stockpiles and frameworks for vaccine access exist for some pandemic-potential diseases (e.g., the Pandemic Influenza Preparedness or PIP Framework), there are no plans for stockpiles of vaccines for other emerging diseases. Moreover, there are no frameworks or governance mechanisms to guide equitable and prioritized access to such vaccines during a pandemic.

Current response financing mechanisms seek to address the surge financing needs (in the event the country finances for response run low), and are triggered by the occurrence of outbreaks of a certain type, scale, and impact. Given the limited resources, pandemic financing mostly covers response activities in affected countries, but does not compensate for economic damages that arise due to culling, trade, or travel restrictions. Despite the GHSA’s efforts, there are still no built-in accountability or governance structures that ensure compliance with IHR’s Article 43, which precludes levying scientifically unjustified trade restrictions during epidemics. Greater accountability through fines and sanctions (e.g., from the external WHO-World Trade Organization commission) for unjustified trade restrictions would help. Similarly, the establishment of stockpiles and the development of a framework for equitable vaccine access – following the development of vaccines through multilateral partnerships like CEPI – will greatly reduce the risk of unethical hoarding during outbreak. There is also greater scope for improved media regulations during epidemics. The spread of fear and misinformation can further be curbed by investing in risk communication and by “socializing” emergency response to include greater community participation, engagement with religious and community influencers, and an understanding of risk perception and related behavior. Rumors are likely to occur when there is a vacuum of information or ambiguity. By combining swift risk communication with community engagement, increased accountability (of countries, leaders, and media), along with equitable access to vaccines, it is possible to safeguard countries from the fearonomic effects of diseases.

Sulzhan Bali is an international development and global health consultant with the World Bank. She is currently a fellow of the Global Governance Futures 2027 working group on global health and pandemics, as well as an instructor for the University of Maryland’s MOOC on “Lessons from Ebola.” The views in this op-ed are her opinions alone and do not reflect the opinions of the organizations for/with whom she works for or has worked in the past. Sulzhan can be reached at Sulzhan[at]gmail[dot]com or via Twitter @sulzhan.