By Reviewed by Branko Milanovic - 07 September 2017 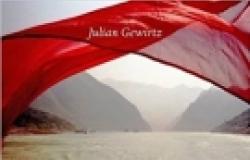 Perhaps the most momentous set of economic decisions in the world in the past half-century occurred in the period 1976-1989 when after Mao’s death Chinese leadership decided to change course and to focus on economic development of China rather than on “class struggle”. The change in focus led to the creation of market economy in China, phenomenal reduction in China’s (and thus global) poverty, almost 20 times increased GDP per capita (no, “20” is not a typo), and finally around 2015 made China’s the largest economy in the world (in purchasing power terms).

But none of that would have occurred had Chinese leaders not made key decisions in the decade after Mao’s death. Julian Gewirtrz’s “Unlikely Partners” charts, with an extraordinary attention to detail, these world-historic decisions and focuses on the role that foreign economists played in the early stages of China’s transformation. But while the declared focus of the book is on the foreign-to-Chinese interaction and cooperation, with the high point (extremely well described) being a week-long cruise-seminar in August 1985 along the Yangtze river on a luxury boat with about a hundred Chinese and foreign economists participating, among whom the most important for Chinese later reforms proved to be Janos Kornai, Wlodimierz Brus and James Tobin, the book is more than that. It documents almost 15 years (from Mao’s death to 1992) of discussions and policy decisions about the “goal model” of Chinese economy: relations between the government and enterprises, role of the plan and the market, ownership structure, macroeconomic policies and the like. Practically, the entire “new” Chinese economy, from the Central Bank to the Special Economic Zones to state conglomerates was “invented” then.

It is thus an indisputably necessary book for anyone who wants to learn more about China and about that extraordinary period of intellectual ferment. (It was not all rosy though: there were fights and imprisonments related to the “Fifth Modernization”, the home imprisonment of Zhao Ziyang and his becoming a “non-person”, and most importantly the Tiananmen killings.) But to imitate Deng famous statement on Mao, it could be said that the period 1976-92 was 90% right and 10% wrong.

Gewirtz displays vast amount of knowledge of China (including speaking and reading Chinese and thus using numerous Chinese sources) and scholarship (there are more than 100 pages of detailed footnotes). He has spoken to most of the surviving participants of the then debates or gone through their archives. It is an immense work that deserves highest praise.

But it does have “problems”.

The book is mostly a chronology of meetings piled upon meetings, statements of the key actors and the like, and this “annals-like” approach often does not allow the reader to see forest from the trees. That is, to realize there are broader questions being debated. Although even as a chronicle, because the subject matter is riveting (at least for me), the book reads well, I had the feeling at its end that Gewirtz should next sit down and write a “histoire raisonée” of what he just told us in a blow-by-blow fashion. I hope he would do that because I think that very few people in the world have this level of specific knowledge as Gewirtz.

Next, I have to mention perhaps small but annoying problem. The book is simply badly edited. This is of course a recurring problem in recent publications. But it does not seem that anyone has read the book as a whole, perhaps not even the author. Thus Zhao Renwei is about 5 or 6 times introduced identically as “mild-mannered”, another Chinese economist is in about equal number of times presented as “obsessed” with economics; quite extraordinary on page 199 the acronym CCP, up to that point probably used several hundred times, is, to the reader’s bemusement introduced—yes, it stands for the Chinese Communist Party! Yay! (The same is then repeated on p. 237 when the acronym for the Chinese Academy of Social Sciences, CASS, similarly used throughout the book, is explained.) Perhaps that some chapters were written as independent papers and then stuck together but that still does not justify this degree of sloppiness.

Likewise, the “commodity” in “socialist commodity economy” , a term that clearly Gewirtz finds perplexing, is explained about a dozen of times—and unfortunately wrongly. Gewirtz believes that “commodity” is “a Soviet euphemism” or a “Soviet by-word” for “market” but it is not. It is not Soviet but Marxist, and actually it goes back to Adam Smith and to the distinction of value-in-use (good) and value-in-exchange (commodity). It is used in economics frequently today in terms such as “commodification of labor” or “petty commodity production”.

There are also mistakes. China did not rejoin the IMF in 1988 (p. 256) but in 1980 when it rejoined the World Bank as well. Moreover, it is not that China did not want to join these two institutions as Gewirtz implies on p. 74. It is rather that it was not allowed to be member because the United States, that did not recognize the People’s Republic until 1979 and held veto power in the World Bank and IMF, was blocking China’s entry. Also, the Polish Round Table talks did not “dissolve [?] the position of Communist Party general secretary” (p. 221).

Gewirtz is confused, or at least does not distinguish, between different reforms in socialist systems. To simplify, there were three: (1) the relationship between the center and the enterprises (are enterprises going to make autonomous decisions about production, hiring etc. or not), (2) prices and subsidies (is the budget constraint to remain soft or to be hardened?) and (3) who is the owner (enterprises as parts of the state, or as independent corporate entities but state-owned, or to be privatized). Almost all of East European discussion and reform up to around 1985-87 dealt with the first two issues. So these were discussions about the reform of socialism.

Gewirtz at times appears aware of that when he cites Brus, Ota Šik or Kornai. The same was true for Chinese reform—except that China, being in 1976-78 way back in terms of reforms compared to most East European countries, had to start from scratch, but caught up remarkably fast so that by the mid-1980s Chinese reforms were ahead of East European. But these were not reforms of “transition” (presumably to capitalism) as Gewirtz sometimes implies because they did not touch the ownership structure of the economy. Their objective was to make state owned (or in Yugoslavia, labor-managed) enterprises more efficient and more responsible for their profits and losses; and this required price reforms. Only when the reform discussion reached the third stage that logically implied questioning state ownership can we speak of “transition” to capitalism

By not discriminating between these different reforms, Gewirtz at times imputes to reformists who wanted to reduce state subsidies and allow market prices a belief (which most of them did not have) that they wished to reintroduce capitalism. This is of course driven by both ex post knowledge and by some teleology. In a paradoxical manner Gewirtz thus makes joint case with most dogmatic central planners who likewise argued that any introduction of market pricing will inevitably lead the country back to capitalism. This ex post imputation is in most cases, wrong, and especially so in a historian whose objective should be to “seize the moment” and explain the motivation of the participants as they then were.

My final “problem”, somewhat related to the last one, is that the book is pretty light on the international political dimension. The fall of Communism in Poland is mentioned as one of the factors that might have led to the repression in June 1989, but the Chinese reforms unfolded in conditions of great turmoil, initiated with Gorbachev’s advent to power in 1985, in other socialist countries. This, one would submit, must have had some influence on the thinking of Chinese economic and political elites.

Gewirtrz’s book is definitely worth reading and studying and could be one of the first stones in that yet to be built edifice of global socialist economic thought in the 20th century, an idea that Gewirtz credits to Barry Naughton. Any candidates?

Measuring the Economic Risk of COVID‐19