Here’s What a Green New Deal Looks Like in Practice 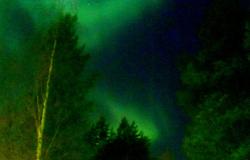 With the climate change challenge growing more acute with every passing year, the need for the adoption of a new political economy that would tackle effectively both the environmental and the egalitarian concerns of progressive people worldwide grows exponentially. Yet, there is still a lot of disagreement on the left as to the nature of the corresponding political economy model. One segment of the left calls for the complete overthrow of capitalism as a means of dealing with climate change and the growing levels of economic inequality in the era of global neoliberalism, while another one argues against growth in general. In the interview below, Robert Pollin, distinguished professor of economics and co-director of the Political Economy Research Institute at the University of Massachusetts-Amherst, explains some issues raised by each of these positions, and how to move toward solutions grounded in a fuller understanding of economic development.

C.J. Polychroniou: Bob, let’s start with the “degrowth” argument for securing climate stabilization and realizing egalitarian aims. What’s wrong with this political economy model in an age of catastrophic climatic conditions brought about through 250 or so years of capitalist expansion via the use of fossil fuel energy sources?

Robert Pollin: Degrowth proponents have made valuable contributions in addressing many of the untenable features of economic growth. I agree with degrowth proponents that economic growth in general produces a wide range of negative environmental effects. I also agree that a significant share of what is produced and consumed in the current global capitalist economy is wasteful, especially most of what high-income people throughout the world consume. It is also obvious that economic growth per se makes no reference to the distribution of the benefits of growth and, more generally, offers no critique of capitalism as a mode of production.

But on the specific issue of climate change, degrowth does not provide anything close to a viable stabilization framework — that is, to stabilize the global mean temperature at a level that will prevent severe negative ecological feedback effects, such as increasing frequency of droughts and floods. Consider some very simple arithmetic. According to its most recent October 2018 report, the Intergovernmental Panel on Climate Change (IPCC) now concludes that a viable climate stabilization program will necessitate limiting the global mean temperature increase to 1.5° Celsius as of 2100. This in turn will require global net carbon dioxide (CO2) emissions falling by about 45 percent as of 2030 and reaching net zero emissions by 2050. Let’s focus for the moment on the 2030 target of a 45 percent CO2 emissions contraction. Following a degrowth agenda, let’s assume that global GDP [gross domestic product] contracts by 10 percent between now and 2030. That would entail a reduction of global GDP four times greater than during the 2007–09 financial crisis and Great Recession. In terms of CO2 emissions, the net effect of this 10 percent GDP contraction, considered on its own, would be to push emissions down by precisely 10 percent. It would not come close to hitting the IPCC target of a 45 percent CO2 reduction. At the same time, this 10 percent global GDP contraction would result in huge job losses and declines in living standards for working people and the poor. Global unemployment rose by over 30 million during the Great Recession. I have not seen any degrowth proponent present a convincing argument as to how we could avoid a calamitous rise in mass unemployment if GDP were to fall four times as much as during 2007–09.

A Green New Deal has been proposed by many over the years, including yourself, as the only viable way to tackle effectively climate change. How would the green growth path lead to climate stabilization?

The core feature of the Green New Deal needs to be a worldwide program to invest between 2 percent and 2.5 percent of global GDP every year to raise energy efficiency standards and expand clean renewable energy supplies. Through this investment program, it becomes realistic to drive down global CO2emissions to zero by 2050, while also supporting rising mass living standards and expanding job opportunities. It is critical to recognize that, within this framework, a higher economic growth rate will also accelerate the rate at which clean energy supplants fossil fuels, since higher levels of GDP will correspondingly mean a higher level of investment being channeled into clean energy projects. In 2016, global clean energy investment was about $300 billion, or 0.4 percent of global GDP. Thus, the increase in investments will need to be in the range of 2 percent of global GDP — about $1.6 trillion at the current global GDP of $80 trillion, then rising in step with global growth thereafter — to reach zero CO2 emissions by 2050.

Investments aimed at raising energy efficiency standards and expanding the supply of clean renewable energy will also generate tens of millions of new jobs in all regions of the world. This is because building a green economy entails more labor-intensive activities — i.e. proportionally more money channeled into employing people for a given amount of total spending on any given project — than maintaining the world’s current fossil-fuel-based energy infrastructure.

The consumption of oil, coal and natural gas will also need to fall to near zero over this same 30-year period. This amounts to an average rate of decline of about 8 percent per year. Of course, both privately owned fossil fuel companies, such as Exxon-Mobil and Chevron, and publicly owned companies like Saudi Aramco and Gazprom, have massive interests at stake in preventing reductions in fossil fuel consumption; they also wield enormous political power. These powerful vested interests will simply have to be defeated. At the same time, unavoidably, workers and communities whose livelihoods depend on the fossil fuel industry will lose out in the clean energy transition. Unless strong policies are advanced to support these workers, they will face layoffs, falling incomes and declining public sector budgets to support schools, health clinics and public safety. It follows that the global Green New Deal must commit to providing generous transitional support for workers and communities tied to the fossil fuel industry.

I take it that you don’t place much value in the position adopted by a certain segment of the left which calls for the immediate and complete overthrow of capitalism as the only realistic option for addressing the climate change threat. What are your arguments against this position?

The Green New Deal program I advocate obviously challenges property rights and ownership forms within capitalism, starting with both the private and publicly owned fossil fuel companies throughout the world. I have also worked with unions, political parties and NGOs [nongovernmental organizations] to advance a program that is committed to expanding good job opportunities, unionization rates, as well as racial and gender equality. I also focus on Just Transition for workers and communities that are currently dependent on the fossil fuel industry.

Alexandria Ocasio-Cortez has been quite instrumental so far in raising public consciousness about the importance of a Green New Deal, which aims to cut US carbon pollution levels in half by 2030. How realistic is this proposal?

Alexandria Ocasio-Cortez has done a great job raising consciousness about the imperative of a Green New Deal as a serious climate stabilization project. I don’t think it would be fair to insist that she, and the people working with her, would have a fully laid-out plan as what this viable Green New Deal project should look like. It is, therefore, inevitable that various proposals have been put out recently. Based on my own research, as well as that of many other people, I do think it is feasible, if extremely challenging, for the US to cut its CO2 emissions by 50 percent as of 2030 and to reach zero emissions by 2050. But it is not feasible for the US to get to zero emissions by 2030. The 2015 book by the outstanding Harvard University physicist Mara Prentiss, Energy Revolution, presents a compelling case as to the technical requirements for the US to reach a zero emissions standard within roughly 30 years.

One final question: How do you see the prospects of a “blue-green” alliance between the labor and environmental movements for tackling the climate change threat?

The blue-green alliance between the labor and environmental movements has been building for years and continues to strengthen. The earliest efforts at building solidarity between the labor and environmental movements was an organization called the Apollo Alliance, founded by Robert Borosage, Roger Hickey and others in 2001. This then merged into the BlueGreen Alliance. More recently, an important Green New Deal initiative (Initiative 1631) was led in Washington State by the labor movement in the state, including Jeff Johnson, who just recently stepped down as the president of the Washington State Labor Council. In the end, the Washington State Green New Deal ballot initiative was defeated in last November’s election, despite having been supported by a broad coalition of community, environmental, as well as labor groups. But the Green New Deal measure lost only after the oil companies spent $30 million on relentless and shameless propaganda to defeat it. Still, the Washington State labor movement created a template that can be developed further in other states. In Colorado, for example, the state-level AFL-CIO is again working closely with environmental and community groups to advance a viable Green New Deal project.

C.J. Polychroniou is a political economist/political scientist who has taught and worked in universities and research centers in Europe and the United States. His main research interests are in European economic integration, globalization, the political economy of the United States and the deconstruction of neoliberalism’s politico-economic project. He is a regular contributor to Truthout as well as a member of Truthout’s Public Intellectual Project. He has published several books and his articles have appeared in a variety of journals, magazines, newspapers and popular news websites. Many of his publications have been translated into several foreign languages, including Croatian, French, Greek, Italian, Portuguese, Spanish and Turkish. He is the author of Optimism Over Despair: Noam Chomsky On Capitalism, Empire, and Social Change, an anthology of interviews with Chomsky originally published at Truthout and collected by Haymarket Books.

This first appeared on TruthOut and was reposted with permission.

Doing Whatever it Takes: Understanding the COVID-19 Stimulus Calculus