Kurdistan Iraq’s Independence, a Win-Win for the Region and the Great Powers 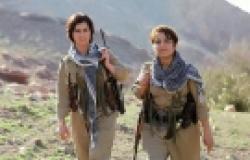 The Middle East is going through the biggest transformation since the dissolution of the Ottoman Empire and the establishment of modern nation states by colonial powers. Some borders are disintegrating while others are emerging, namely those of a new country: Kurdistan.

With an independence referendum slated for the end of the year, Kurds in Iraq have never been closer in achieving a nation state of their own.

Kurds were first promised independence by the victorious Allies in the fallout of WWI, and Kurdistan was drawn into the Treaty of Sevres in 1920. Dreams of an independent Kurdistan were dashed, however, when Kemal Ataturk defied western powers to create modern Turkey, and the Treaty of Lausanne left the Kurds one of the world’s largest ethnic groups without a country of their own in 1923.

This has less to do with the century of oppression, political and economic marginalization, and genocide Kurds have endured as minority populations in Iraq, Turkey, Syria, and Iran. The world has seen this before and remained silent.

The newfound openness towards Kurdish independence has more to do with geopolitics than humanitarian concern.

Two main actors, Shia Iran and Sunni Saudi Arabia, have divided the Middle East between two camps. This rivalry is compounded by another opposition between cold war enemies Russia and the US. On top of this, add strained relations between Turkey and its own NATO allies. This doesn’t merely apply to the US; even Germany has threatened to look for alternative airbases to Incirlik.

Given the chaos engulfing Iraq and Syria and the escalation of the Iran-Saudi Arabia rivalry, a buffer state like Kurdistan—long called the Switzerland of the Middle East—might bring stability to an unstable region.

Rather than pick sides, Kurds have looked for friends wherever they can find them. After being betrayed by their countrymen and allies (including the US, Iran, and Russia) over the last decades, Kurds have learned to leverage the chaos around them, positioning themselves as bridge between hostile regional and international powers, or as Thomas Friedman called Kurdistan, “an island of decency in a still-roiling sea.”

Since its foundation in 1992—born out of the no-fly zone enforced by the US military following Baathist genocide against its Kurdish citizens—the Kurdistan Region of Iraq has been a stabilizing factor in the region. Not once in history has there been a Kurdish attack on Iraqi civilians in Baghdad or the rest of Iraq. It has forged economic links with former foes in the rest of Iraq, Turkey, which provides crucial oil pipeline access to the Mediterranean and is its largest trading partner.

Erbil has proven to favor diplomacy and economic integration over revenge or war. Today the tiny region of five million inhabitants hosts two million refugees and internally displaced persons from war-torn areas of Syria and Iraq. Many of those were party to the brutal oppression of the Kurds under the regimes of Saddam Hussein or the Assad family. But having experienced decades of war, displacement, and murderous regimes, Kurds have embraced the opportunity to finally provide a safe-haven for others.

Kurdistan has played a role as a buffer state in the past. In the 16th century, Kurds held the peace between two great empires: the Ottomans and Safavid Persia. In 1514, Sultan Selim the Magnificent decreed that Kurdish princes will have 16 independent emirates and Kurdish feudal areas, Sandschaks. The areas in today’s Iraqi Kurdistan enjoyed total independence and sovereignty, with the right to produce their own coins. The Friday prayer would not be spoken out in the name of the Sultan, but rather in the names of the various princes.

In recent history, this isn’t the first time Iraqi Kurds have held a referendum. Over 90% of Kurds expressed their support for independence in 2005, but lacking international support this remained a largely symbolic gesture.

But this time around there are clear signs that key players will stand behind the Kurds to make their ambitions a reality. While the upcoming vote won’t be legally binding, it may carry forward ongoing negotiations Baghdad for a “legal divorce”.

There are strong signals in the noise of Middle East politics that powerful countries are lining up behind the Kurds.

Despite fierce opposition from Turkey, a key NATO partner, the US State Department has announced to directly arm the Kurds in Syria to liberate Raqqa from ISIS. What’s more, the Pentagon announced in April that it will sell heavy weapons worth $300 million to the Iraqi Kurdish Peshmerga, who have been a key player containing the spread of ISIS.

While it’s essential to have the backing of major international players, Kurdistan has increasing support from regional powers like Iran and Turkey—countries where Kurds have traditionally been marginalized and persecuted.

Why is this happening now? One reason is that it is not so easy for outside powers to meddle in Kurdish affairs. While countries like the US, Russia, Iran, Saudi Arabia and Turkey have long jockeyed for influence in Iraqi Kurdistan, often dividing Kurdish populations to exert control, the Kurds in Iraq have finally wisened to their tactics.

Namely, members of the Kurdistan Regional Government have made strong efforts diplomatically both outwards and inwards. The KRG engages in diplomatic and trade relations with all its neighboring countries, while hosting 39 international diplomatic representations and its senior officials being received in major capitals of the world, often receiving equal treatment to representatives of sovereign states. It is becoming known as role model of a nascent democracy, religious co-existence, and tolerance from Teheran to Ankara, Washington to Moscow, Brussels to Beijing, Tel Aviv to Riyadh, the West Bank to Yerevan, New Delhi to Ottawa, Egypt to Cape Town, Seoul to Taiwan, Budapest to Stockholm, the Vatican to Mexico City, Canberra to Amman.

The diplomacy also extends inwards. Once highly divided, the Kurdistan Region Government (KRG) is finally unifying its own population, divided for decades into bitter political rivalries. Two decades after a brutal civil war, the two main parties have set aside their differences to promote independence going into the upcoming referendum.

Perhaps even more importantly, Iraqi Kurds now understand that the road to self-determination requires a sound economic foundation beyond its abundance of natural resources. The steep dive in oil prices last year cut deeply into the KRG’s income - oil accounts for as much as 80% of the region’s budget.  This prompted the KRG’s council of ministers to offer incentives to think beyond the barrel, accelerating changes already underway.  According to the Ministry of Agriculture, cultivated areas have almost doubled in the last years, and manufacturing is slowly taking root.  While Erbil currently enjoys good relations with Turkey, economic diversification will reduce the impact of any meddling from their northern neighbor.

With over 30 million people across Turkey, Iraq, Syria, and Iran, the Kurds will play a pivotal role in the future of the Middle East. But while the “Kurdish Problem” has long been seen as an intractable puzzle, seen from a different light it might actually offer a solution. The Middle East desperately needs a buffer zone, and Iraqi Kurdistan is ready to play that role. Is the Middle East ready for its de-facto Switzerland to officially appear on the map?

Peri-Khan Aqrawi-Whitcomb is a specialist in sustainable development policies and political affairs with a focus on Iraq and the Kurdistan Region in particular. She advises the international public and private sector within the fields of geo-politics, socio-economic development, policy liaison, humanitarian affairs, oil and gas, security and business development. She is currently an adviser to the  Barzani Charity Foundation,  United Nations, European Union and Kurdistan Regional Government on matters regarding the on-going humanitarian crisis in Iraq and Syria. In 2014 she contributed in building the Kurdistan Regional Government’s   first crisis coordination and disaster preparedness centre as Director of Information Management. Previous to that she was working for 5 years at the United Nations Industrial Development Organization (UNIDO), amongst other things serving as an UN-Energy consultant to help launch the UN Secretary-General’s Sustainable Energy for All initiative. In the past she has also acted as an special adviser to the Kurdistan Regional Government Minister of Natural Resources, with previous experience in the oil & gas sector, such as working for the Organization of Petroleum Exporting Countries (OPEC). With an undergraduate degree in Economics and Business from the University of Bonn, she completed her Masters in Advanced International Studies at the Diplomatic Academy in Vienna.

Alex Whitcomb is a writer and journalist that covered the rise of ISIS in the Kurdistan Region of Iraq between 2014 and 2015.

Green Inclusive Finance – Where Have We Gone So Far? – A Conversation with GGF 2035 Fellow Sheila Teta Carina