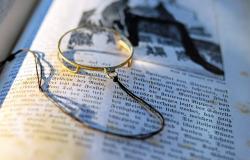 Parliaments can contribute to more effective and accountable governance through monitoring the implementation, impact and unintended consequences of the laws they pass (otherwise known as post-legislative scrutiny or PLS). Parliaments in Europe can be divided into four categories according to the extent to which they carry out this practice: passive, informal, formal and independent scrutinisers.

Parliaments are the cornerstone of democratic governance: they check and challenge the work of governments, debate important policy issues, and make and change laws.

But what use is it to pass a law aimed at, for instance, addressing air pollution if the solution shifts the environmental burden to another sector?

In response to the widely recognized problem of air pollution, the Parliament of Georgia enacted legislation which abolished import taxes for electric vehicles entering the country. However, when the parliamentary Environment Committee conducted a post-legislative scrutiny (PLS) inquiry into the application of the law, it discovered that the law had overlooked the question what to do with the electric waste and the batteries of the imported electric cars. The PLS inquiry enabled the Committee to highlight the shortcomings in the legislation and propose amendments to overcome the unintended effects of the lack of safe storage or recovery of the electric waste.

This example indicates that parliaments have a responsibility to monitor the extent to which the laws they have passed are implemented as intended and have the expected impact. The practice of post-legislative scrutiny is emerging as a new dimension within the oversight role of parliament.

The parliaments of Europe can be divided into four categories according to their structures and procedures for conducting PLS and the outputs they produce.

Those that are passive scrutinisers have few parliamentary structures, low capacity and few procedures for PLS analysis. They limit their role to the assessment of the scrutiny performed by the government and external agencies and have few of their own PLS reports. The German Bundestag, for example, is a passive scrutiniser. The Bundestag’s engagement in impact assessment is mostly carried out through governmental scrutiny or evaluation of assessments carried out by either the Federal Statistical Office or the National Regulatory Reform Council (NKR), or by reviewing information from the Court of Auditors and the Federal Commissioner for Economic Efficiency. The Bundestag has very limited administrative capacity assigned to PLS activity. The PLS review of the work of the government can be compared to the M&E process for parliamentary work rather than conducting their own parliamentary impact assessment of legislation.

Parliaments that are informal scrutinisers also have few parliamentary structures and procedures, but they are stronger in terms of their own parliamentary outputs on PLS – like the Italian Parliament, for example. The Italian Chamber of Deputies publishes an annual Report on Parliamentary Oversight, which includes the information from an administrative review of the enactment of legislation. The Italian Senate, through its Office for Impact Assessment, publishes documents assessing the impact of adopted legislation and specific reports on the ex-ante (based on assumption and prediction) and ex-post (based on knowledge and retrospection) evaluation of public policies. Still, it is difficult to evaluate to what extent the activity of research and documentation strengthens the capacity of parliament to scrutinise the government, as the political follow-up to the reports by the MPs is often incomplete.

Meanwhile, parliaments that are formal scrutinisers have more developed structures and procedures on PLS but are still weak in terms of follow up. The parliament of Sweden falls into this category. Beyond the access to governmental documents and reports, parliamentary committees in the Riksdag have developed their own evaluation and research capacities, complemented by the interaction with other administrative units of the parliament and the cooperation with the National Audit Office in Sweden. The PLS work results in Committee reports which are the point of reference for follow up discussions with the government.

Finally, parliaments that are independent scrutinisers are strong in terms of structures and procedures as well as in terms of outputs and follow up. The UK Parliament is an example of an independent scrutiniser. The PLS procedure starts with the UK government departments conducting a ‘preliminary assessment’ on the implementation of each law, three to five years after its enactment. As a relatively ‘light touch’ assessment, it facilitates parliamentarians making an informed judgement as to whether a fuller assessment by the relevant House of Commons Committee, or by a House of Lords ad hoc committee, is worthwhile.  The House of Commons Select Committees and House of Lords ad hoc Committees have established procedures and resources for gathering information, calling for written evidence and conducting PLS. The institutionalised PLS work, which includes both legal and impact assessment, results in specific PLS reports, with the UK government required to provide a written response within two months.

Different parliaments put more emphasis on one of the two dimensions of PLS. Either they favour evaluating the technical enactment and entrance into force of a piece of legislation, or, they emphasise evaluating its relationship with the intended policy outcomes and its impact. Truly effective PLS needs both. To the extent that parliaments seek to carry out both dimensions, PLS can lead to continual improvement of the law itself as well as better policy implementation. PLS thus contributes to the increased effectiveness of governance and to better accountability.

Franklin De Vrieze is WFD’s Senior Governance Adviser and the author of the 2020 report ‘Post-Legislative Scrutiny in Europe: How oversight of the implementation of legislation by parliaments in Europe is getting stronger’ which examines seven case studies of parliamentary practice of PLS: in Belgium, Germany, Italy, Sweden, Frank, the UK, and Switzerland.

Early View Article - Acknowledging Urbanization: A Survey of the Role of Cities in UN Frameworks

Strength in Contradiction: Europe as a Living Example for Peaceful Prosperity