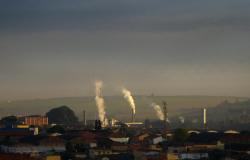 Climate change appeared on the ballot in numerous states during the 2018 midterm elections, an indication of the growing concern among average citizens about the catastrophic effects of fossil fuel burning. But the struggle for regulations on emissions was repeatedly blocked by the money machinery of the oil industry. Record amounts of money were spent trying to derail the efforts of activists and labor unions fighting to save the environment. One such instance was over Initiative 1631 in Washington State where the oil industry spent more than $30 million trying to sabotage the struggle for a better world. In this exclusive Truthout interview, Jeff Johnson — who led the fight for the passing of Initiative 1631 — reflects on the lessons activists nationwide can draw for the future from the climate change struggle in Washington State.

C.J. Polychroniou: Jeff, share with me the background of the movement you led in Washington State for climate change and Initiative 1631.

Jeff Johnson: For the record, I am one of seven leaders representing communities of color, the environmental community, tribes and labor that came together to form the Alliance for Jobs and Clean Energy. The Alliance spent three years building a climate justice movement based on principles of equity and giving assistance and voice to those most disproportionately impacted by climate disaster. Initiative 1631 was a product of this work.

I-1631 created a carbon fee of $15 a metric ton on carbon pollution and would have used the resulting $2.3 billion generated over five years to invest in clean energy, clean water and healthy forests – creating tens of thousands of family wage jobs and pulling 20 million tons of CO2 out of the air every year.

I-1631 would have codified a “Just Transition” for our communities in the following ways:

Unions were divided over Initiative 1631, and generally speaking, the labor movement in the US hasn’t been so far supportive of policies geared toward combating climate change. What led at least certain unions in Washington State to support your struggles, and do you see the rest of unions catching up with the menace of climate change any time soon?

Unions representing 60.2 percent of the 450,000 members of the Washington State Labor Council, AFL-CIO supported I-1631 and care passionately about addressing climate change. To a varying degree they understand the existential nature of the crisis we face and understand that working people are disproportionately impacted by climate disaster. Some of our unions, mostly building trades, were opposed to the initiative on the grounds that it would cost their members more money and/or crowd out dollars for investing in transportation projects. While I understand their arguments, I think they are both wrong and short-sighted.

As more and more jobs, income, property, lives and public resources are lost to climate disasters the understanding that we need to deal with the issue systemically will grow. Unfortunately, it is a moral race that we are currently losing.

The oil industry spent $31.5 million on defeating I-1631. This initiative was the most expensive in our state’s history. The great obscenity of this of course was the oil industry, the world’s wealthiest industry, trashing I-1631 because it would raise the price of fossil fuels. With pockets and trunks stuffed with cash they said this without a smile on their faces. Of course, they laughed all the way to the bank.

What is even more obscene is the fossil fuel industry is a major funder of the “Right to Work” movement and voter suppression laws aimed at quashing the voices of working people and communities of color.

Without all this oil money, I-1631 would have stood a much better chance of passage (polling numbers and field work had been consistently positive prior to the onslaught of TV, radio and social media ads). Nonetheless, it is difficult to get people to vote for increased costs during a time of outrageous income and wealth inequality. It is also hard to pass game-changing measures when progressive funders are slow to ante up resources and too many politicians and respected community leaders remain silent on the issue. Building a climate justice movement, a people’s movement, takes time.

What are the lessons that we can draw from the Washington State climate change struggle?

We can’t give up. I-1631 was not only game-changing but fell down on the right side of history. We now have an infrastructure of climate justice stewards that we created around our state over the past 18 months and we need to keep them working and organizing around clean energy issues, e.g., deep dive energy retrofits, 100 percent clean efforts, building out the EV, electrical vehicle[s], infrastructure, community solar, wind and geothermal projects, etc.

The Alliance for Jobs and Clean Energy will continue educating and organizing until we create an equitable transition away from fossil fuels. And one in which community and labor voices determine what our economic future looks like.

What’s next on your agenda with regards to climate change?

I have begun lobbying our Governor [Jay Inslee] on including the equity and “Just transition” language from the initiative into legislative efforts that he is forwarding for January 2019.

Given the existential nature of the climate crisis and the urgency before us, I will continue to speak out and organize on climate justice issues. To do anything less would be inexcusable.

C.J. Polychroniou is a political economist/political scientist who has taught and worked in universities and research centers in Europe and the United States. His main research interests are in European economic integration, globalization, the political economy of the United States and the deconstruction of neoliberalism's politico-economic project. He is a regular contributor to Truthout as well as a member of Truthout's Public Intellectual Project. He has published several books and his articles have appeared in a variety of journals, magazines, newspapers and popular news websites. Many of his publications have been translated into several foreign languages, including Croatian, French, Greek, Italian, Portuguese, Spanish and Turkish. He is the author of Optimism Over Despair: Noam Chomsky On Capitalism, Empire, and Social Change, an anthology of interviews with Chomsky originally published at Truthout and collected by Haymarket Books.

This post first appeared on Truthout and was reposted with permission.