Rejoinder: The lessons from Mexico’s Gas Expansion for India and other Emerging Economies 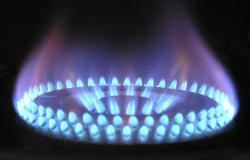 Emerging economies, unlike most of advanced economies, have an important rate of energy demand growth. This places them in a challenging position. The need for expansion of supply of fossil fuels for the current technological configuration might hinder long-term plans for decarbonization. Thus, it is important for governments in emerging economies to be cautious of over-investment in gas supply infrastructure to serve growth demands anchored on the past trends, given that important volumes of demand growth will not materialize if decarbonization policies are successful.

In June, academics Isabelle Goetz and Dr Greer Gosnell provided an enticing invitation to look at the challenges of natural gas supply in India from the perspective of recent experience in Mexico. As the authors describe, Mexico has become a major import hub for natural gas produced in the United States. From 2014 to 2020, the country almost tripled the imported gas by pipeline, which makes it an exemplary case of state-orchestrated fossil fuel trade capacity expansion.

While I cannot provide sufficiently informed comments on India’s energy consumption and sustainability challenges, I draw different lessons from the Mexican experience regarding natural gas supply expansion. Indeed, the Mexican government succeeded in increasing the available imported supply capacity, but it has done so at a very high historical cost, hindering the finances of the state-owned electricity company, and creating a political economy that is unfavorable to the expansion of renewable energy.

It might be worth starting by pointing to the contested legacy of the natural gas import expansion program. A win-win account for the expansion of natural gas transport capacity is not a general agreement within Mexico. In the context of trade relations, for example, the incumbent government signed a new trade agreement (TMEC/USMCA) despite existing energy agreements with the expectation of reversing liberalization reform policies, rather than strengthening them – as the authors argue.  In fact, the government conducted a review of the largest contracts to renegotiate terms and propose a different business structure. These revisions were triggered by the realization that the state-owned company had over-committed to use infrastructure for as much as double the actual amount required by the country – with payments from the pipelines subsidized by the state. One has to consider that the expanded gas infrastructure did not save Mexican electricity and gas consumers from rolling-black outs due to the freeze of the gas-electricity system in Texas in February of 2021.

But beyond the political and business quagmire that comes with changing political landscapes and the challenges of implementing a sound policy on energy security, it is more important to revisit how Mexico’s choice for over-dependence in natural gas changed the political economy for energy transition.

Angst from gas supply crunches experienced in the past, led the country to overinvest in capacity to import natural gas from the United States. The decisions were based, arguably, on the favorable price signals coming from the US shale boom. During the cycle of high natural gas prices in the late 2000s and early 2010s Mexico experienced serious shortages in a market dominated by the state-owned oil company (Pemex). As a result, the 2013-2018 administration implemented a policy of expansion of natural supply by requiring the state-owned electricity company (CFE) to orchestrate the investment on a new system of import pipelines. The company anchored the investments through contracts from potential future demand. Policy makers expected this demand growth  to come from  replacing the heavy fuel oil in power plants, and from the expansion of natural gas power generation owned by the company and new competitors.

These decisions were made in the context of a large-scale energy reform to liberalize the hydrocarbon and electricity sectors. Nonetheless, these investments were not tested by market forces but decided and subscribed by a state-owned company in a central planning decision process. As a result of the choice to link the expansion of natural gas capacity to future electricity generation, the electricity company also became a fossil fuel trading company, one of the largest in North America, and now trades almost as much gas at the oil company Pemex produces.

The transformation of the electricity utility into a large gas trader has enabled the government to diminish the risk of major long-term gas supply disruption, but it has also dislocated the political economy of climate action in the country. This is because the electricity company, which might otherwise consider favorably the expansion of renewable energy has locked-in interest on natural gas consumption.

If Mexico were to adopt and realize an ambitious clean energy mandate, not only does the company face stranded assets in thermal power plants, but now also in transportation contracts, and most probably new state-owned combined cycle power plants currently under plan to make room for clean energy, as described by one of the latest reports by Iniciativa Climática de México (p. 10-15). It is important to note that some of the existing thermal power plants are decades old and have been depreciated. Their closure would represent a management and labor relations challenge, but not necessarily a financial loss. In fact, their substitution with clean energy projects could be suitable considering one third of their power plants are not profitable any more. However, the payment for pipeline operations will run well into the 2040s.  A successful decarbonization of the electricity sector will cut short the need for the pipelines. But the contractual obligations for the state to the developers of the infrastructure would remain firm. Naturally, this means a material interest to oppose the rapid expansion of renewable energy in a way that would undermine the market share of natural gas.

The lesson to be drawn from Mexico is the need to be careful about over investment in what will become stranded assets. There are short-term benefits to the explosive growth in import capacity, including through reducing the risk of shortages that affect all economic sectors. In that case, the allocation of costs and risk should be best distributed between market participants in all user sector, rather than allocating them entirely into the balance of public budgets. This idea is particularly important as high uncertainty in the future of fuel demand might lead states to subscribe to risks that should remain private. What is particularly sticking in the Mexican case is that, for all the talk on liberalization, the expansion of natural gas markets was entirely orchestrated by state-planners and state-owned companies.

Mexico’s energy politics is currently defined by the over-investment in the natural gas supply value chain. The risk of stranded assets places the national electricity utility firmly in favor of fossil fuels and in direct competition with renewable energy.  But we are in a moment of structural changes in the energy sector. There is a growing pool of viable options of energy supply. Mexico’s natural gas import strategy should be seen as a warning to other counties embracing major investment programs in fossil fuel supply.

Jose Maria Valenzuela is Doctor in Public Policy. He is Research Fellow at the Institute for Science, Innovation and Society, University of Oxford, working on the governance of carbon neutrality. Previously he worked for Mexico’s Department of Energy planning and transition policy division and WWF Mexico (Website: josemariav.gitbub.io).