Brexit and the Liberal Elephant Trap 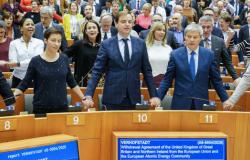 Given the success of populist politicians across Europe, some pro-Europeans have openly wondered whether they should adopt the same tactics as populist parties to make the case for European integration. Michael Cottakis argues that this would be a mistake. To reverse the trend, pro-Europeans must quit dabbling in populism and instead play to their strengths by promoting dialogue and substantive policy reform.

This week, pro-European politicians will feel a deep sense of Brexit regret. On Friday, such sorrow was evident in several ostentatious gestures of goodwill directed toward the UK, from the moving rendition of Auld Lang Syne in the European Parliament to the illumination of Brussels’ Grand Place and the Berlin Fernsehturm Tower with the colours of the Union Jack.

Yet despite such displays, others in the EU will now feel that the UK’s departure represents an opportunity. So, with Brexit going ahead, how should liberal pro-Europeans look to the future, what lessons might they draw, and how must they now act? Correctly interpreting the signs may yet see the EU move positively on. Misinterpret them, and a testing future awaits.

For many pro-European politicians, the UK has long been a block on further integration. Its departure, they suggest, might allow the EU 27 to go further, and do so faster, than would otherwise have been possible. To them, the UK has been a powerful opponent of a ‘political Europe’, of normative concepts such as Ever Closer Union, and attempts to afford the EU a defence and security character. Perhaps, it is often intimated, Brexit carries with it the chance of further political integration. This vision, in its extreme form, sees the Union rid of a most troublesome family member, and, following a spate of integrationist reforms, able to realise the vision of a pan-European federal state.

An exciting vision, if only it were so simple. While tempting to perceive the European project as if on a linear road to statehood, and Brexit as the removal of an important road block, pro-Europeans would do well to see reality. Any future reform of the EU must be predicated on renewed public trust across the continent. Today, such trust appears in short supply. Socially conservative and nationalist forces are amassing with increasing resolve and efficiency. And they seem to be winning.

Perhaps the biggest error of some EU commentators is to view Brexit as a phenomenon unique to the UK. In his final speech as an MEP, Nigel Farage spoke of different models of identity-based politics. The future of the EU, he claimed, will be decided by a winner-takes-all contest between the two. This is an argument that has increasing weight among both pro- and anti-Europeans. Whereas previously determined by class and income, politics, it is suggested, is now expressed in terms of identity and culture. There are the globalists; and there are the people. Globalists are neither left, nor right-wing, rich nor poor. What connects them is a broad post-nationalism. These are individuals who identify with cross-border civic values, who perceive a public sphere beyond the nation state, and think in global terms on economics. In Europe, such globalists are typically associated with strong support for the EU.

It is claimed that the antithesis of globalism is populism, and populists exist to serve natives in society who hold certain grievances against the establishment. In contrast to globalists, ‘nativists’ are concerned with the pace of change and dislike globalisation in its present form. They generally live in towns or rural areas, though there is no clear demographic pattern. Like globalists, they do not fall easily into a single economic stratum, or social class. Broadly, nativists view the local community, or traditional nation-state, as the primary unit of self-identification, whose culture, values, and civilisation are under threat from the global forces of homogenisation and one-size-fits-all. Nativists are generally associated with Euroscepticism, expressed in varying degrees of hostility towards European integration.

But there is a further factor that defines this Faragist world view. The perspective sees globalists as a single group with a monolithic set of international interests; interests that are under threat by the nativist wave. Similarly, nativists are a single, united, force with one will, one set of concerns, and most importantly a direct opponent in the elites, whose destruction it is their mission to bring about. In Harry Potter-esque terms, ‘neither can live while the other survives’. It is a prophecy long made by the populist right, keen to view the contest as civilisational in nature.

The biggest mistake for liberal pro-Europeans is to dance to this tune. In the past, centrist pro-Europeans have resisted the temptation. Yet, many now speak in the same apocalyptic terms. There is no other way, they claim. Yet, in a binary pitched battle between centrist and far-right populists, the latter will always have the upper hand. For the pitched battle is fought on populist home terrain, arenas such as referenda, establishment vs anti-establishment general elections, and the exchange of slogans, in which simple populist messages hold greatest sway. When liberals have tried to take populists on at their own sport, they have lost almost every time.

Thus, the phenomenon we are witnessing across the EU – the great threat to its survival – is not the presence of Farage and others, nor the catchiness of their ideas. It is a crisis at the heart of liberal pro-Europeanism that if not resolved will spell dark days for the European project: to be or not to be populist? With alarming frequency, I see friends and colleagues falling into this elephant trap. To reverse the trend, pro-Europeans must quit dabbling in populism. They must play to their strengths.

Politics and civil societies are by their nature pluralistic. As such, there are several parallel continuums upon which identities are formed – economic, social, and identitarian. Opinions and world views are never static. In most cases (1945 and 1989 notwithstanding) identities have evolved not through conflict – one side defeating the other – but through dialogue. In such a setting, grievances of the other side must be acknowledged and taken seriously, and an accommodating solution arrived at.

Any ‘victory’ for pro-European forces will not be achieved by borrowing from the populist playbook, nor by strong-arming opponents from power, and isolating their constituencies. Instead, it will occur through reaching out and trying to identify innovative policy solutions to the concerns of others. Their aim should be to rebuild communities that have been left behind, to more equitably share the benefits of technological change, whilst safeguarding – indeed treasuring – local and national cultural identities. Importantly, reforms must allow citizens across the EU to feel much greater control, a matter which the Vote Leave campaign exploited to the full, with its now infamous slogan.

For this to take place pro-European leaders must avoid the temptation to wage war on nativism; to blot it out, and carry globalism to total victory. They must resist the increasing tendency within liberalism to adopt populist slogans and ways of thinking. They must understand that pro-European voices are pluralistic; that liberalism and globalism are not political movements, but world views, which can be expressed in myriad political forms, on the left and on the right.

In fact, they need to be. Without the presence of several distinct ‘liberal’ options on the left and on the right, concerned voters might be driven towards the extremes. This does not mean that such parties should not coordinate, especially given the presence of a common foe. Failure of pro-European parties to do so may have severe consequences in the long-term. Yet, in the interests of maintaining a rich democratic fabric, they must maintain distinct messages.

So, what next? First, pro-Europeans must transform political debate from a series of battles between slogans to a contest of ideas. Next, they must change the field on which public debate occurs, creating forums for exchange and democratic participation. Most importantly, efforts must be made to address the underlying causes of populists’ appeal through the introduction of innovative policy. To this end, pro-European parties and governments must strengthen local communities with increased devolution, fiscal autonomy, and democratic rights. These need not come at the expense of integration in some areas, but may need to in others.

Whether a Farage 2.0 can help bring about a second EU exit depends on the wider international context, the world economy, and prospects for the European neighbourhood. However, it depends as much on pro-European politicians’ success in shifting the debate from a binary and adversarial playing field, in which the populists flourish, to one of dialogue, and substantive policy reform. This is the message that pro-European leaders must take from Brexit. Listen carefully, and act accordingly, and the EU will have prosperous days ahead. Choose to ignore the signals, and prepare for more sad goodbyes.

Michael Cottakis is Director of the 89 Initiative, a pan-European think tank based at the London School of Economics.

To Engineer Sustainable Solutions for Water – Value It Differently

Strength in Contradiction: Europe as a Living Example for Peaceful Prosperity