Observing COVID-19 in Africa through a ‘Public Authorities’ Lens 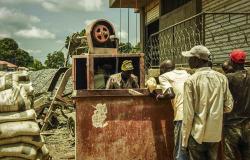 To understand the response to COVID-19 in Africa we must look beyond actions taken by formal states. The roles played by various public authorities, operating below the national level, are crucial in shaping the pandemic’s long-term legacy.

Most discussion of Africa’s response to COVID-19 takes place at the national level, focussing on the role of formal state authorities. However, less is known about the role of ‘public authorities’: traditional chiefs, self-help groups, kinship networks, professional associations, faith-based groups, civil society organisations, multinational companies, humanitarian agencies, organised criminal gangs, militias and rebels. These often operate below the national level and are particularly important in areas where the state is weak or absent.

To explore this gap, researchers at the Centre for Public Authority and International Development were asked to provide vignettes of life under, and public authorities’ responses to, the pandemic in the places they intimately know: northern Uganda, South Sudan, the Democratic Republic of the Congo (DRC) and Sierra Leone.

The result is a 40-page paper, Observing COVID-19 in Africa through a Public Authorities Lens, edited by Duncan Green and Tom Kirk, summarised here.

The evidence the researchers provide is sometimes anecdotal, often unclear and, in some cases, seemingly contradictory. Nevertheless, patterns of disruption and change emerge in at least five guises.

These emerging patterns highlight the importance of understanding the role of and response to public authorities (not just the state), both in terms of the COVID-19 response, and in interpreting its long-term legacy.

Duncan is strategic adviser for Oxfam GB, author of ‘How Change Happens’ and Professor in Practice at the London School of Economics. He manages the blog From Poverty to Power.

Tom Kirk is a researcher and consultant based at LSE, and GP's Online Editor. His research interests include the provision of security and justice in conflict-affected regions, social accountability, civil society, local governance and public authority.

This post is an output from LSE’s Centre for Public Authority and International Development at the Firoz Lalji Centre for Africa.

Depletion and Subjective Well-Being: Lessons from the UK Coronavirus Lockdown