Counter-Terrorism Laws are Undermining Humanitarian Relief, and are Set to Get Worse 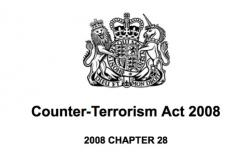 The Netherlands has recently joined a handful of other Western countries in passing new laws with the hope of stifling terrorist activity and threats. Thea Hilhorst and Isabelle Desportes warn that the such legislation risks criminalizing the work of humanitarian actors when they operate in areas with high levels of terrorist activity.

The formulation of counter-terrorist regulations has proliferated ever since the 9/11 attacks on the Twin Towers in New York that served as a major wakeup call on the potential impact of terrorism. Aiming to prevent terrorists’ mobilization of new members and resources, such regulations forbid any form of direct or indirect support to armed groups designated as terrorist organizations. Although legitimate in themselves, the regulations can come with negative political and human rights implications, in particular for humanitarian aid.

A key historical example there is the worst drought in decades that hit the Horn of Africa in 2011. In Ethiopia and Kenya, state, non-state and international actors managed to respond in time to prevent mass casualties resulting from a lack of water and food security. In Somalia, however, the drought resulted in estimated 260.000 deaths. This was partly down on the long-time conflict that rendered Somalians extremely vulnerable to drought, and the ongoing operations of Al Shabaab, that restricted people’s mobility to migrate to safer areas. However, it is now becoming apparent that the death toll was also exacerbated by donor counterterrorist measures, (editor: gated, unfortunately. Anyone got a link to an open access version?) especially from the United States. Fearing that aid would fall into the hands of terrorist organizations, restrictions were put on international agencies that wanted to come to the rescue of Somalians in need, leading to lower humanitarian financing, non-access to people in need, aid delays, suffering, and death. Similar developments are now happening in Yemen.

Both counter-terrorism legislation and International Humanitarian Law are aimed at protecting people, especially civilians. Yet, counter-terrorism legislation, as well as accompanying donor requirements, can stand in the way of impartial life-saving humanitarian assistance. Humanitarian action should always be needs-based and non-discriminatory. A humanitarian doctor’s first question to a patient should be “Where does it hurt?”, not “What group are you from?”. Counter-terrorism laws can shift the focus in the humanitarian sector to the labelled identity of those in need, resulting in the refusal to help victims who are extremely vulnerable and whose survival is dependent on humanitarian assistance based on their (religious) identity and the fear of ‘supporting terrorist organizations’.

A 2018 survey of aid agencies conducted by the Norwegian Refugee Council identified numerous problems resulting from counter-terrorism legislation. This includes difficulties in channelling funds to areas requiring humanitarian assistance because banks fear being seen as supporting terrorist organizations. In addition, humanitarian actors feel restricted because negotiating with terrorist organizations controlling specific regions could be viewed as an act of support. Last, international agencies find themselves cut off from local implementing partners because of the possibility that they might have been in contact with terrorist organizations, whether knowingly or unknowingly. The ultimate consequences are that humanitarian actors risk being detained and held personally liable for doing their job, and that impartial care for people in need gets blocked.

Most recently, we are seeing a new wave of legislation that steps away from only branding organizations as terrorist and criminalizing support to these groups. Instead, new counter-terrorism laws are applied to entire geographical areas. Such bills, covering humanitarian action as well as independent journalism and academic research, have been passed in 2018 in countries including Australia and Denmark.

The new legislation is an answer to the situation of people who travelled to Syria to join IS. But experience in Syria also shows how assistance is affected by these types of measures. The Assad government has been criminalizing aid since 2012, and aid workers report in the above-mentioned Norwegian report that this meant, for example, that banks were not allowed to transfer their money and that they sometimes had to travel with more than half a million Euros in cash through difficult areas, which was of course much more risky than wiring the money.

Yet, another route can be taken. An EU package of measures that proposed restrictions for travelling to designated terrorist-dominated areas adopted in 2017 therefore made an exemption for humanitarian action. Following advocacy efforts of INGOs amongst others, similar exemptions were made in the UK’s Counter Terrorism and Border Security Bill in January 2019.

Today (12th November), the Dutch Senate will discuss a law already passed in Parliament that does not make exemptions for independent humanitarian action, apart from the Red Cross. Its proponents argue that exemptions would be too complicated, not least because wannabe terrorists often pose as humanitarians. However, it would be possible to incorporate more nuance and make sure that exemptions are extended to humanitarian agencies who operate following International Humanitarian Law and humanitarian principles, as done by the EU and argued by international law specialist Piet Hein van Kempen. As academics working on humanitarian issues, we call for a more engaged and thorough discussions between policy-makers, practitioners and scientific experts from the fields of both counter-terrorism and humanitarian aid. We call for counter-terrorist measures to ensure that they avoid hurting some of the world’s most vulnerable people, thereby creating further grievances in areas already under the influence of terrorism.

Isabelle Desportes is a PhD candidate working on the governance of disaster response. Dorothea Hilhorst is an expert in development in areas affected by disaster, conflict or fragility, with a special focus on aid-society relations: the impact of humanitarian aid on society and the ways in which people and institutions shape the organisation of aid relations.