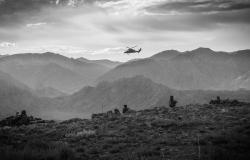 Eighteen years ago the head of the UK’s military warned against relying on military solutions alone. But governments still aren’t listening.

Things are not going as well in Afghanistan as the US government would have you believe. Not from a US point of view, anyway. This week The Washington Post claimed that classified government reports reveal a persistent campaign to put the war in the best light, “making rosy pronouncements they knew to be false and hiding unmistakable evidence the war had become unwinnable”. This may come as a surprise to many, but not to those few media outlets that have taken a more distanced view of the war and its supposed progress.

Right from the earliest days there were indications of major problems, but such was the euphoria that the US military had been able to defeat the Taliban and al-Qaida within three months of 9/11 that these counted for nothing in the public mind. George W. Bush drove on regardless: barely a month after that victory he used his 2002 State of the Union address to extend the war against al-Qaida into a far wider conflict with an ‘axis of evil’. Iraq, Iran and North Korea were the first enemies to be dealt with, but with Libya, Syria and Cuba also in line for action.

Not all the western military were convinced that this was a good way forward. One of the most remarkable indicators was included in a report in openDemocracy in January 2001, months before 9/11 and the ‘war on terror’ that Bush declared against the evil axis. It reported a speech that the head of the UK’s armed forces at the time, Admiral Michael Boyce, gave to an influential audience at the Royal United Services Institute in London:

He warned against the idea that a war on terrorism could be won by intensive military action while failing to recognise the root causes of the problem. More than that, he warned that the use of excessive force could even tend to radicalise Islamic opinion.

Why is it significant to recall this, eighteen years later? Dig a little further and an interesting element emerges which is as relevant now as then. Boyce was a much less political chief of defence staff than his predecessor General (later Lord) Guthrie. He tended to draw his analysis from astute military sources, so it is especially significant that he was prepared to be so blunt just as the US was area-bombing the Taliban. Over the following months, there were all too obvious signs that all was not going well for the Pentagon in Afghanistan.

By 31 December, openDemocracy was reporting that the great majority of the several thousand al-Qaida militias in Afghanistan had simply disappeared from view, with only a few hundred of captured or killed. If that was true for al-Qaida then it was even more so for the tens of thousands of Taliban militias. Time after time they had retreated and dispersed in the face of the combined US/Northern Alliance warlord forces, often taking their weapons with them. For most of the Taliban it was a matter of slipping back into their own towns, villages or city districts, while many al-Qaida fighters went over the border into Pakistan.

Furthermore, by early 2002 and within weeks of Bush defining the axis of evil, the war against the Taliban and al-Qaida was expanding. One example was a US-led coalition operation against insurgent forces around the town of Sirkanel in the mountains south of Kabul. What was intended as an operation involving a thousand US troops backed up by local forces went badly wrong almost from the start: the strength of opposing forces was badly underestimated. As openDemocracy reported in March that year:

As the conflict developed, US capabilities had to be reinforced by five Cobra attack helicopters and two UH-53 transport helicopters flown in from an amphibious support ship, the Bon Homme Richard, in the Arabian Sea.

An unconfirmed report from the BBC suggested that the five helicopters were to replace a similar number damaged during the fighting. The fighting has involved intensive use of bombers, AC-130 gunships and thermobaric (fuel-air explosive) weapons, with 450 bombs dropped by US and French aircraft in the first four days alone.

Within four years, the Taliban were spreading their influence right across Afghanistan. Western troop numbers grew from barely 5,000 at the end of 2002 to 130,000 a decade later. Yet the war continues to this day.

Where that early experience fits in to the present day is that we are now assured that the ‘war on terror’ is finally dying down. Donald Trump even declares that the West has won. In Western media there is little mention of the return of ISIS and their like in Syria and Iraq, hardly any coverage of Libya, Yemen, Somalia or Afghanistan, and little awareness of what is happening across the Sahel region of the Sahara.

Occasionally there is an event that attracts attention, a mass attack by several hundred paramilitaries in Niger this week being an example. Groups reportedly linked to al-Qaida and ISIS overran a military base killing 71 Nigerien soldiers as fighting across the country escalated in spite of the presence of thousands of French and regional forces supporting the Nigerien government in its counterinsurgency operations.

Behind the scenes, even now, experts may be telling the British, US, French and other Western governments that Admiral Boyce’s eighteen-year-old thoughts on the need to recognise the root causes of violence and to avoid inciting further radicalisation are just as relevant now as then. None of them seems able to take this on board, however, and it may be another two decades before we learn of their wilful disregard for a painful reality.

Paul Rogers is professor in the department of peace studies at Bradford University, northern England. He is openDemocracy's international security adviser, and has been writing a weekly column on global security since 28 September 2001; he also writes a monthly briefing for the Oxford Research Group. His latest book is 'Irregular War: ISIS and the New Threat from the Margins' (IB Tauris, 2016), which follows 'Why We’re Losing the War on Terror' (Polity, 2007), and 'Losing Control: Global Security in the 21st Century' (Pluto Press, 3rd edition, 2010). He is on Twitter at: @ProfPRogers 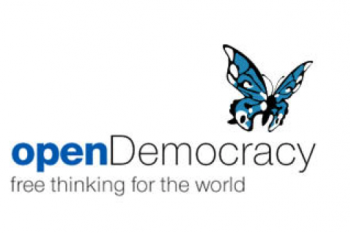