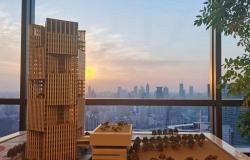 Gregory T. Chin, Co-Director of the Emerging Global Governance (EGG) Project, introduces a collection of commentaries on the New Development Bank's evolution. They will be serialised on Global Policy over the coming months.

Six years into the life of the New Development Bank, it is good timing to assess the growth and evolution of the Bank.  The New Development Bank (NDB) was created by Brazil, Russia, India, China, and South Africa (the “BRICS” nations) as the founding members.  The Bank was initially proposed by the Indian hosts at the 2012 BRICS Summit in New Delhi, to mobilize resources for infrastructure and sustainable development projects in its members countries, and it was officially launched in December 2015 in Shanghai.  The NDB started with an authorized capital of US$ 100 billion, and its “Articles of Agreement” state that the Bank would be open for subscription (membership) by member-states of the United Nations (Article 2).

Recently, for the first time in its history, the NDB welcomed four new member nations into the fold, Bangladesh, the United Arab Emirates and Uruguay in September 2021, and Egypt in December 2021.  NDB president Marcos Troyo greeted the arrival of the new members stating, “We are delighted to announce that the United Arab Emirates, Uruguay and Bangladesh are the first new members admitted into the NDB”, and three months later, he added, “We are delighted to welcome Egypt into NDB’s family.”  The new members, according to Troyjo, “will have in NDB a platform to foster their cooperation in infrastructure and sustainable development.”  The NDB president declared, “with this expansion”, the Bank “extends its global outreach and its role as a platform for international cooperation in infrastructure and sustainable development”, and that, “We [the NDB members] will continue to expand the Bank’s membership”, and in a “gradual and balanced manner.”

Membership expansion is a key element of the story of how the NDB is endeavouring to turn itself from a multilateral bank for the “BRICS” nations only into “the premier development institution for emerging economies”, to quote its Vice President and chief financial officer Leslie Maasdorp.  The addition of the new members highlights two main aspects of the NDB’s origins story: on the one hand, at the start, the Bank was only open to the BRICS nations, and it was a matter of principle of the membership that they would be equal members in voice and contribution; on the other hand, the original design also envisioned from the outset that the NDB would or could grow into a global financial institution, a multilateral lender with global reach and impact.  This was the deeper strategic meaning behind the statement in the NDB’s Charter that the Bank’s membership is open to all member-states of the United Nations.  The respective commentaries in this collection on Bangladesh, the UAE, and Uruguay examine the details of each of these accession stories and enable the readers to compare and contrast the respective processes of membership accession.  One commentary in this collection will examine why China supports NDB expansion, and the Bangladesh and Uruguay pieces discuss how and why India and Brazil also supported expansion.

There are, however, other dimensions to this NDB evolution story.  Since 2018, the NDB has also added a number of regional centers to its organizational structure, the Africa Regional Center in Johannesburg, and the Americas Regional Office in São Paulo and Brasilia ‘sub-office.’  The latest additions have barely been covered in the news media, a new regional office opened in Moscow for Eurasia in November 2020, and the South Asia Office opening in Gujarat, India in 2022.  Little is known is about the character and functioning of the NDB’s regional offices.  Two of the forthcoming commentaries in this collection will address the regional offices.  Another key dimension is the strategic outreach and partnership arrangements of the NDB.  The Bank has formed partnerships with the multilateral lenders, such as CAF, FONPLATA, World Bank Group, EBRD, EIB; national development and policy banks of the NDB member states, including the BNDES, China Development Bank, China Export-Import Bank, DBSA; and commercial and private banks, such as Axis Bank, Banco do Brasil S.A., State Bank of India, Standard Bank of South Africa, and China Construction Bank.  One of the commentaries in this collection examines the formation and development of the strategic partnership between the NDB and EBRD.

The timing is optimal to study the evolution of the NDB.  This collection of EGG Commentaries is one of the first collaborative research efforts that studies the evolution of the NDB specifically from the perspectives of membership expansion, the strategic interests of the new members and the founders, the formation of the NDB’s Regional Centers, its strategic partnerships, and finally, a commentary that considers the global systemic consequences and impacts of the growth of the NDB in relation to the global ‘family’ of multilateral development banks, for world economy, development, politics and environment, and with respect to the world order or the global architecture.  The NDB presents itself as complementing the efforts of the existing multilateral financial institutions while also on a special mission to ‘do new things’ in its areas of focus and concentration, on behalf of its members.  It is a good time to assess how the NDB is doing with its goals, and results, and its systemic impact, now at six.

In the next weeks, the Emerging Global Governance Project will feature a set of new commentaries on the evolution of the NDB…

New and Old Power: A Framework to Better Understand and Cultivate Digitally-Mediated Activism