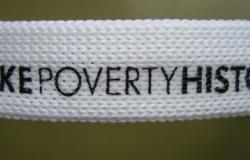 Exploring his recent research paper with Peter Edward, Global Policy's Andy Sumner argues that if the collective aspiration is that no one is at risk of sliding into poverty ever again, then it is very unlikely that that this could be achieved through philanthropy or a global welfare regime alone.

There have been numerous estimates of future poverty to 2030 based on projections of growth and inequality that rely on informed assumptions and guess work. With that method, no matter how carefully done, you’re almost certain to get it wrong. So Peter Edward and I decided to do something different: look back at growth and its distribution since 1990 and see what it would have taken to have ended global poverty by now based on the actual data.

The problem isn’t insufficient growth (there’s been plenty); it’s how the benefits of growth are shared.

The details of our findings and methodology are in our new CGD working paper; we summarize them below.

From the destitute to the prosperous

Since the Cold War global output and consumption has doubled, and the number of people who lived below low poverty lines has fallen dramatically.

To explore this issue of the efficiency of growth as a route to poverty reduction we investigated how the benefits of global consumption growth have been distributed across various segments of global society. We then considered how different scenarios of different growth patterns might have led to different degrees of poverty reduction and reflected on the implications for the five groups listed below, spanning the global spectrum from destitute to prosperous.

3.       The “precariat” ($4-$10 per day) — the burgeoning and buoyant but insecure 2 billion people who live in the global middle (aka Nancy Birdsall’s Strugglers more or less).

4.       The “securiat” ($10-$30 per day) — the 1.5 billion people who are secure from falling back into absolute poverty but not (yet) prosperous. This includes those who could live in an OECD high-income country above the $10 “security from poverty” line, which puts them above the poorest ten percent in rich/advanced countries.

Recognizing that people are unlikely to tolerate a reduction in their existing consumption but might be somewhat less aggrieved about missing out on part of a potential increase in consumption, we concentrate on the distribution of the growth increment.

What Was and What Could Have Been

With a modest redistribution of an extra 1.4 percent of global growth from 1990 to 2012, those at $2 per day could have captured 3.3 percent of the growth, which would have ended poverty at that level. (See the paper for details of the full analysis.) If that money had come from the prosperiat group, their share of the global consumption growth would have decreased only slightly from 39.1 percent to 37.7 percent. One might therefore refer to this scenario as something akin to global philanthropy.

So ending poverty at the $2 per day line is plausible given the historical record, but of course not easy as policies would need to be in place to shift the pattern of growth toward the destitute to make this happen. Ending poverty at $4 a day (increasing their share of the growth increment from 9.4 percent to 20.1 percent) is also plausible but would require something more substantial than philanthropy, something like a global welfare state with national counterparts. Both would have been possible while still allowing a substantial share of growth to accrue to the prosperiat and maintain the incentives for growth.

To end poverty at $10 a day within a generation — and thus the risk of falling back into absolute poverty — would have required redistributing not only all of the prosperiat group’s post-1990 consumption growth share but also the growth accruing to the securiat to the poor and precariat. That would require such an inversion of the normal logic of growth and poverty reduction that it is difficult to envisage how such a situation could be achieved without a radically different form of global economic organization.

We conclude that the cause of the persistence of global absolute poverty, at least at the $2 and $4 per day levels, is not that there has been insufficient growth over the last 22 years but that the pattern of growth — the distribution of the growth increment — has not been conducive to eliminating poverty. This implies that a much greater focus is needed on managing the pattern of growth and who benefits from it. Any aspiration to end global poverty by 2030 will need to do something similar. Creating a world free of poverty and free of the risk of falling back into poverty ($10 per day), however, would require a very radical shift in the forms of contemporary capitalism to allow for at least several decades of growth to hardly benefit the securiat or prosperiat.

To be clear, the purpose of our analysis here is to highlight that when one looks at the overall pattern of growth, inequality, and poverty in recent decades it becomes clear that different poverty lines and different aspirations over the extent of poverty reduction that is needed, or desirable, lead to radically different challenges to the current workings of national economic systems and global (normative) obligations to the developing world and to poverty eradication. If the aspiration, for example, is to see a world in which destitution is eradicated, that could be achieved with slightly different patterns of growth. If the aspiration is for a higher poverty line of $4, the current median of developing countries, then a substantial global welfare regime with national counterparts is required. However, if the aspiration is that no one is at risk of sliding into poverty ever again, then it is very unlikely that that this could be achieved through philanthropy or a global welfare regime alone.

Andy Sumner is Global Policy's Deputy Executive Editor and co-director of the King’s International Development Institute at King’s College London, a new institute focused on the emerging economies. This post originally appeared on the Center for Global Development's blog.