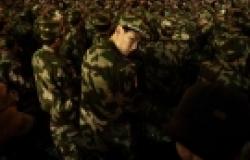 In Europe and in the United States, the public discussions around terrorism prevention have been closely tied to questions of identity and statehood. To what extent has the debate differed in China?

There are significant differences between China and the West in the way terrorism is understood at the conceptual and practical level. At the conceptual level in China, “terrorism” is perceived to be inextricably linked to the independence ethnonational movement in Xinjiang, which used to be considered merely as a domestic issue. However, in Europe and the US, terrorism is considered more as an international problem not always tied to the issue of separatism.

At the practical level, many countries have contributed to the international coalition against the so-called Islamic State of Iraq and Syria (ISIS), whereas China prefers to invoke the principle of non-interference and keep a low profile internationally. For example, Beijing has so far firmly resisted greater involvement in the ongoing conflicts in Syria and Iraq. But with the increase of terrorist attacks against Chinese nationals both at home and abroad, China is gradually shifting from the practice of treating terrorism as a domestic issue cloaked by sovereignty to characterizing it as an international problem. As a great power, China’s engagement with the global war on terror will come with broader implications for its foreign policy, its role in the international system, and regional and international security. I believe these decreasing divergences between China and the West in understanding terrorism will increase international cooperation between China and the West on counterterrorism.

What did your research on internal conflict and ethnic violence tell you about the roots of international terrorism?

Many scholars have suggested that ethnicity plays a great role in motivating domestic and transnational terrorism. Some of them even associate a specific ethnicity with terrorists. From my point of view, ethnicity is neither a sufficient nor a necessary condition for the emergence of international terrorism. However, when an ethnic group as a whole is discriminated and repressed by the dominant group in a country, ethnic identity does play a role in generating some level of community support (either implicit or explicit) for terrorist activities, which therefore affects the recruiting efforts of terrorist organizations and the types of activities they choose to engage in.

In addition, international terrorism is costly not only for governments and the general public, but also for terrorists themselves. Most terrorists, especially those in leadership positions, tend to be rationalists rather than psychopaths. They clearly know the costs and benefits of engaging in terrorist activities, and initiate attacks when they see an open opportunity. Therefore, it is the combination of identity configurations, grievances and opportunities that plays the greatest role in determining the likelihood that one will engage in terrorism. A good understanding of the factors conducive to terrorist activities is critical for the success of countering terrorism.

How useful is international cooperation for engaging in radicalization hotbeds around the world, and why?

Our world is highly interconnected: countries are linked through global trade and shipping; information is disseminated in real time through internet and satellite TV; people are more mobile than ever before, etc. No one country can seal off its borders and still participate meaningfully in global political and economic affairs. That is to say, no country can combat terrorism by ignoring the threats posed by terrorists to other states. Terrorist groups have shown that they can easily move across national borders; they can find sanctuaries in fragile – even failed – states, and exploit the differences between nations and cultures as part of their propaganda. Therefore, war on terrorism concerns the common interest of the world. For this, multilateral cooperation is required.

There is a growing global consensus on the fact that countries should coordinate their efforts to detect, disrupt, pursue, detain and/or prosecute terrorists. Also, many countries have expressed a desire to learn and share information about each other’s experiences, lessons learned and good practices in this respect. However, these military efforts cannot defeat violent extremism without nonmilitary efforts dealing with the roots that could stimulate the flow of recruits into the terrorism organizations. For international cooperation on counterterrorism to be effective, countries should focus on nonmilitary tools and emphasize elements such as capacity building, law enforcement cooperation, and dealing with the underlying societal and political conditions that are conducive to the emergence and spread of terrorism.

What lessons do you think global policy makers can draw from Chinese security approaches with regards to transnational terrorism?

At present, China sees its terrorist threats as primarily domestic. Its counterterrorism efforts currently focus predominantly on the mostly Muslim ethnic Uyghur population concentrated in the western Xinjiang region. China has sought to manage the domestic terrorism problem through a strategy that rests on three pillars: (1) enhanced regional economic growth, (2) stronger internal security capabilities, and (3) deepened controls over ethnic and religious activities. It has had notable success limiting both the volume and effectiveness of terrorist attacks on its own soil. In particular, the control of the availability and transfer of weapons, and the regulation of dual-use technologies greatly contributed to this success.

However, this relatively calm state of affairs in the past is rapidly changing. The forces that have prevented and limited violence are under increasing pressure as China grows and liberalizes. Also, more efforts should be made to address underlying grievances of the Uyghur population within the political system. This would entail providing political space for moderates by granting more meaningful autonomy, thereby isolating extremists from the broader ethnic community.

Based on your research, what characteristics most clearly differentiate terrorist organizations from independence movements? What is the Chinese government’s perspective on this issue?

From my point of view, separatism (i.e., independence movements) is not equal to terrorism. They are quite different in terms of the intent and operations. First, separatism’s ultimate goal is to challenge the existing government for control of all or a portion of its territory, or force political concessions in sharing political power. It requires the active or tacit support of some portion of the population involved. In contrast, a terror group does not require and rarely has the active support or even the sympathy of a large fraction of the population. Second, there is nothing inherent in separatism that requires the use of force, let alone the use of terror. Separatism does not necessarily transform into terrorism. It evolves different kinds of organization. Some of them, such as Parti Québécois, are becoming a political party playing the game under the existing system. However, others such as the East Turkestan Independent Movement (ETIM), adopt violence to oppose the Chinese government. Separatists usually resort to terror when dissidents are unable to give their voice to the government through legitimate measures, or when they are oppressed by the authorities using discriminative measures. Therefore, sometimes separatism and terrorism do overlap.

With respect to the Chinese government’s perspective on this issue, from my understanding, the ETIM is absolutely not only a separatist organization, but also a terrorist organization since it often resorts to terror. However, this does not imply that every Uyghur – including the ones who show sympathy to the ETIM, but do not resort to violence against the government, in particular to the civilians – is a terrorist. The Chinese government is becoming more aware of the importance of differentiating terrorists/extremists from the peaceful members within the separatism group, even though they may share the same ethnic identity or religion. But sometimes it is very difficult to draw the line between them. The Chinese government is becoming more cautious on this front.

Fanglu Sun is an assistant professor at Fudan University in Shanghai and a GGF 2027 fellow. The views expressed here are her own and do not represent those of her employer.