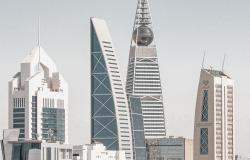 Three ‘events’ in the coming weeks stand to have a significant impact on the timing of peak oil, with profound implications for Saudi Arabia in particular.

“Gradually and then suddenly”. So spake Mike Campbell in Ernest Hemingway’s 1926 novel The Sun Also Rises when asked how he went bankrupt. On at least two counts Crown Prince Mohammad bin Salman of Saudi Arabia may do well to begin rehearsing this phrase.

First, more and more experts are forecasting that oil demand will peak no later than 2030. Most recently, Rystad Energy, in an article published in Offshore magazine, has fingered 2016, ie broadly in line with “Majors such as Equinor, Shell, TotalEnergies, and bp”.

To be clear, this is not to say that MbS will be echoing the fictional Mr Carter five years from now and exactly one hundred years later. But…

That “but” takes us to the second count, ie that, despite a host of impressive-sounding announcements over the past five years, not least MbS’s presonal commitment in March that 50% of the country’s energy requirements would be met from renewables by 2030, as Andrew England and Camilla Hodgson wrote in the 30 August edition of the Financial Times:

“…as with many of the prince’s ambitious schemes, sceptics question whether his rhetoric will be matched with tangible action on the ground”.

Indeed, a better reflection of where the Kingdom really stands may lie in the words of its oil minister Prince Abdulaziz bin Salman remarking, on the record, in June of the International Energy Agency’s May ‘flagship report’ setting out a roadmap to net zero emissions by 2050 that:

“Whoever put that scenario [together] is not in touch with reality”.

Furthermore, he has reportedly recently asserted, off the record, of the Kingdom’s vast reserves (ie 268bn barrels proven, or roughly 16% of the world total) that:

“We’re still going to be the last person, and every molecule of hydrocarbon will come out”.

To be fair to the Saudis — and Rystad’s latest assessment for peak oil demand notwithstanding — it is not clear when decarbonisation will hit what one might call its ‘Campbell moment’. But, even if Opec falls apart in favour of a beggar-thy-neighbour pricing free-for-all (in which Saudi Arabia would be highly competitive but fiscally pole-axed), Prince Abdulaziz’s assertion does seem to be a bold one.

As to quite how bold, we may have a clearer idea in the wake of three currently imminent ‘events’.

Chronologically, the first of these is the 26 September general election in Germany. Recent polls suggest that the next German government may not be led by the ruling CDU/CSU after all but by its current coalition partner, the SPD, whose chancellor candidate (and Germany’s current finance minister) Olaf Scholz is presenting himself — seemingly successfully — as the true heir to Angela Merkel. Mr Scholz has committed to restore Germany’s fiscal brake if he does become chancellor. This would run strongly counter to the sort of fiscal splurge in Germany — and, therefore, in Europe as a whole — which would rapidly accelerate decarbonising the economy. However, it remains likely that whichever party leads the next government the Greens will be part of the ruling coalition. So much may hinge on what proportion of the total vote the latter manages to secure; and on how post-election coalition negotiations (which may take even longer than they did in 2017) pan out among what looks like being three, rather than just two, parties.

Second, COP26 which is due to kick off in Glasgow on 31 October. It is possible that the conference will be postponed yet again, primarily, which would certainly buy more time for hydrocarbons. However, barring a major fourth wave of covid in the UK between now and then, my strong sense is that the conference will go ahead this time. One way or the other, the politics will remain very challenging. But pressure from ‘the science’ is only increasing, as is underlined by a recent study published in Nature which calls for at least 60% of fossil oil and gas to remain in the ground if the world is to have even a 50% probability of restricting warming to 1.5 degrees centigrade by 2050.

Third, US President Joe Biden’s ambitious spending bills should be approved, or otherwise, by Congress before the year-end. Despite post-Afghanistan claims in the media that Mr Biden’s is a “failed presidency” and, more importantly, divisions within his own party over fiscal policy, it remains probable, in my view, that both bills will be voted through (without Republican support) albeit with some trimming to the USD3.5tn ‘American families plan’. Passing both is not only all but essential if the Democrats are to have a decent shot at holding on to their majority in both the House and the Senate come the midterms, it is also key to their climate-related plans.

All three of these events stand to have a significant impact on the timing of peak oil and, therefore, the wellbeing of economies worldwide which are dependent on hydrocarbon outputs. For, as Iraq’s oil minister Ali Allawi and IEA Director Fatih Birol wrote in a joint letter to The Guardian dated 1 September:

“If oil revenues start to decline before producer countries have successfully diversified their economies, livelihoods will be lost and poverty rates will increase.”

But this is only the part of it. As the letter continues:

“In a region with one of the youngest and fastest-growing populations in the world, economic hardship and increasing unemployment risk creating broader unrest and instability.”

It is a mark of how quickly thinking on peak oil has moved on over the past five years that the thought-provoking and otherwise pretty comprehensive May 2017 essay ‘How stable is Saudi Arabia’ by Paul B Stares and Helia Ighani makes no mention of it. A reassessment today would certainly have to take account of it and ask whether, politically as well as economically, the Kingdom’s ‘Campbell moment’ is coming.

Alastair Newton, an alumnus of the LSE, is a professional political analyst who was based in the City of London from 2005 to 2015. As such, he sought to anticipate, analyse and explain political and geopolitical events worldwide which may impact on financial markets. In addition to regular commentary on current political “issues” he is also co-author of major studies on China, India, Indonesia, Israel/Iran and North Korea.

This first appeared in the Arab Digest and was reposted with permission.

How academia contributes to the world’s net zero ambitions