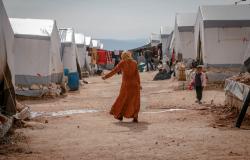 Kristin Bergtora Sandvik, Ingunn Bjørkhaug, Adele Garnier and Astrid Espegren examine the focus on evacuating educated and professional Afghan women after the Taliban-takeover, and discuss the possible rise of a new resettlement category.

The sudden Taliban takeover after twenty years of Western military occupation has triggered evacuations on an unprecedented scale. This has led to a new focus on the risk to women and the need for resettlement of professional women, women students and  women athletes. While this particular focus reflects the legacy of the treatment of women by previous Taliban regimes, it is perhaps also a consequence of a failed occupation and the education and promotion of women in (urban) Afghanistan as one of the few tangible markers of success. We argue that this focus on empowerment, capacity and education marks a turning point in refugee resettlement.   Looking at responses of traditional resettlement countries like Australia and the US, women are no longer exclusively talked about as helpless and as victims of sexual violence. Yet, to harness the progressive potential of this shift, a critical focus is needed: What does this new focus on skills mean for the dominant framing of women as vulnerable in resettlement? What kind of advocacy argument is the ‘brain save’ (as opposed to ‘brain drain’) argument? –And finally, how is the focus on gender being instrumentalized?

The Afghan evacuation and the shifting geopolitics of vulnerability

The selection of women for resettlement has traditionally happened through the prism of vulnerability. The resettlement category ‘Women (and girls)-at-Risk’ (WAR) has been designed by the United Nations High Commissioner for Refugees (UNHCR) to provide a remedy for women who face security or physical protection threats due to their gender and lack effective protection normally provided by male family members.  The WAR category includes specific needs arising from past persecution or trauma, or current hardship resulting in exploitation and abuse, including being trafficked or forced into prostitution; sexual violence, sexual harassment or abduction; or domestic violence.

The hypervisibility of women’s vulnerability and the categorization of women and children, as being vulnerable or therefore deserving of protection has been criticized for co-constructing other refugees as dangerous and undeserving, in particular young single men of Muslim origin.  In the Afghan context, this juxtaposition between dangerous men and defenseless women also follows the colonial and postcolonial orientalist scripts of the West’s civilizing mission  - including that of  ‘saving’ Afghan women from their culture. Already in the immediate aftermath of 9/11, this script  had become entangled with the need to legitimize military presence.

The mass evacuation of Afghans in the wake of the Taliban takeover in August 2021, and the emerging refugee resettlement schemes, mark a rupture with previous resettlement selection criteria and procedures. Leading refugee resettlement countries like Australia, Canada, the UK, and the US have contributed to this in different ways. These national strategies all bear the mark of urgency and have a pronounced focus on what they consider ‘our own Afghans’ (Afghan employees linked to military and diplomatic missions) and the protection of women, especially professional women.

For example, in the US context, the discourse has been focusing on the risk women now experience due to being educated or professional – or due to their past work, work that effectively aided the US mission.  According to the Women’s Refugee Commission, ‘Thousands of women put their lives at risk over the last two decades to advance the rights of women and girls across Afghanistan, many of whom helped the U.S. mission’. There is also a significant focus on present or future security threats arising from women’s attempts to continue their education or career as the Taliban has told working women to stay at home to be safe.

A high-profile advocacy campaign, ‘Act Now for Afghan Women and Girls’ expresses concern that ‘the Biden Administration is not honoring its commitment to the women and girls of Afghanistan and is leaving behind the same female leaders that the U.S. and international community has supported and empowered for nearly two decades.’ The campaign calls on the Biden administration to provide  ‘direct evacuation flights for women, expand the Special Immigrant Visa program to include a category for at-risk women, raise the refugee camp, provide more assistance for resettled women, and invest in resources and support for women who remain in Afghanistan’.

Emerging policy practice is diverse and the ‘skilled refugee woman’ trope is still somewhat diffuse. Yet, this represents a new type of discourse and policy practice. To set the stage for a discussion of the implications for global policy, we put forward three arguments:

1. The reframing of women’s vulnerability has long-term implications

The evacuation of the already-famous Afghan Girls Robotic Team known as the ‘Afghan Dreamers’, may serve as an example of a new perception of female vulnerability and how this is communicated. The robotic team was formed with help from US organization the Digital Citizen Fund (DCF) in 2017. In mid-August 2021, ten members of the robotic team was airlifted to Qatar. A few days later, five additional members were evacuated to Mexico. The members of the robotic team are high-school students aged 13 to 18.

As quoted by the Washington post, a board member for DCF pointed to the opportunities girls have had in Afghanistan in the first post-Taliban era: ‘They have only experienced the subsequent years of progress and opportunity for Afghan women and girls’.  The DCF underlined the power imbedded in these girls, stressing that the girls had not been rescued but had ‘rescued themselves through all their hard work and bravery over the past several years’.

A notable aspect of the discourse surrounding the robotics team is the aspirational language used by resettlees themselves. One team-member, explained that she fled to Qatar to continue her education and robotics work.  She added that ‘fixing things makes her feel free and powerful and taking part in international competitions has given her an opportunity to show the world what Afghan girls can do, and that Afghanistan is not just about ‘never-ending wars’.

Another example concerns the Afghan Women’s soccer team. Following pressure from the sporting world, 50 athletes, including a female soccer team and their families, were granted Australian emergency protection visas, and evacuated from Kabul, to be later brought to Australia. The national broadcaster, ABC, published an article arguing that, far from being ‘queue-jumpers’ to be granted one of the ‘governments all too rare refugee visas’, the athletes had been granted protection because of their particular vulnerability, while the application process had been made possible ‘through a complex network of sports contacts that spanned the globe’. The article also highlights how women’s sports in Afghanistan have grown and been used to drive social change after the US-led coalition ousted the Taliban.

We suggest that this represents not only a re-framing of vulnerability but potentially also a long-term re-direction of deservingness. Deservingness now seems to be partially decoupled from more traditional concerns with victimhood, subjugation, and trauma, to focus on skill, talent, and accomplishments in non-traditional women’s spheres such as robotics or soccer, as well as in the emphasis on agency, empowerment and ‘Western values’.

2. The ‘Brain save’ is a complicated advocacy argument

The emphasis on saving the competence, capacity and aspirations of Afghan women, which we label – ‘brain save’ – is a complex advocacy argument. For reasons of racism, discrimination –and concerns about brain drain, the relocation of skilled refugees has frequently been controversial. The linkage between education and professionalism, and risk and deservingness, represents an unprecedented emphasis on brain draining as a form of protection. The examples of brain save efforts are numerous, including civil society efforts to resettle Afghan midwives and  the pressure from national and international associations for lawyers, judges and jurists advocating for the resettlement of Afghan women legal professionals (here, here and here).

If the emphasis on capacity and skill is coupled with the failure to expand resettlement slots significantly, the burden on refugee hosting countries and on vulnerable women refugees without particular education or professional skills will increase. Due to the COVID-19 pandemic, many resettlement operations are severely delayed. The Afghan evacuations will have an impact, however unclear yet, on resettlement programs (as well as on the fledging resettlement industry).

While some countries are expanding their programs, others state that they will receive Afghans within the scope of their regular quotas. From a fairness and protection perspective, the tradeoffs involved are ethically challenging and raise the question of ‘who will have to wait’. This includes the added burden on women selected to be resettled under regular vulnerability-focused woman-at risk criteria, whose relocation is being pushed back. Inevitably, these dynamics complicate resettlement advocacy on behalf of Afghan women.

3. The focus on women is already being instrumentalized

Finally, the resettlement of educated and professional Afghan women is being instrumentalized  as a soft power tool. As mentioned earlier, members of an Afghan robotics team were evacuated to Mexico. The Mexican government declared that ‘Following the tradition of solidarity and with the feminist foreign policy of the Mexican government we have carried out many diplomatic efforts to create a safe passage that would allow us to bring them to Mexico. (…) We give you the warmest welcome to Mexico.’ The team members get humanitarian visas for up to 180 days, after which they may have the option of an extension.

Another example is Qatar – which unlike Mexico had a military presence in Afghanistan. Qatar evacuated 50,000 – 57,000 Afghans between mid-August and early September 2021, with many of the evacuees hoping for permanent resettlement in a Western country. At least a dozen girls from the robotics team were evacuated to Doha. Contrary to Mexico, Qatar does not promote a ‘feminist foreign policy agenda’, so that the country might not conceptualize gender as an asset in the same way when considering its humanitarian contribution. Rather, Qatar appears to be strategically using its geographic its geopolitical proximity to the United States – while also making use of the sporting infrastructure it is building for the Soccer World Cup 2022, as many refugees are hosted there.

Our tentative analysis has identified the tenuous emergence of professional and educated women as a particular resettlement category. This is in many ways an encouraging development. However, we suggest that this emergent category may be no less problematic than the trope of the vulnerable female refugee – yet it is perhaps more multi-layered and entails additional potential for ideological and practical contradictions.

Whether the agency of skilled refugee women will play a greater role in future policy formulation remains to be seen. Perhaps the gender-and-skills discourse will eventually be a moment of the Afghan evacuation rather than frame regulatory categories in resettlement policies. Nonetheless, gender now plays a role in discussions of resettlement, ‘brain save’ and multilateral resettlement cooperation in a way it did not prior to the Taliban takeover.

Ingunn Bjørkhaug holds a PhD in Development studies from Norwegian University of Life Science and is a researcher at Fafo in Oslo, Norway.

Adèle Garnier is an Assistant Professor and the Director of undergraduate studies at the Department of geography, Université Laval, Canada.

Photo by Ahmed akacha from Pexels