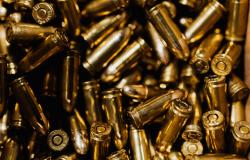 The collapse of the Afghan military and seizure of its  weapons by the Taliban indicate that governments should be more careful when making decisions concerning arms transfers.

In the hours surrounding the fall of Kabul, Afghan soldiers fled to Uzbekistan and Tajikistan, a few of them flying planes that were supposed to represent a major advantage of the Afghan military over the Taliban and other groups. These planes were part of an arsenal of counter-terrorist and counter-insurgent equipment provided by the United States – in a US$ 83 billion effort to construct an Afghan military and police forces. It is unknown how many of the usable aircraft of the Afghan Air Force were left behind, but several of them are certainly now in the possession of the Taliban, including Mi-27s, UH-60 Black Hawks, and A-29 Super Tucanos.

Yet, the symbolic importance of capturing these aircraft notwithstanding, the Taliban is likely to struggle to operate and maintain them. In practice, the rest of the inherited Afghan arsenal is of much greater concern. Between 2003 and 2016, the US transferred around 600,000 infantry weapons (including many M16 rifles), 162,000 pieces of communications equipment, 16,000 night-vision goggle devices, and 76,000 vehicles to the Afghan military. In a period of only 6 months (Aug 2020-Jan 2021), the US transferred 4.1 million rounds of .50 calibre ammunition, 15.6 million rounds of 7.62 mm, 644 Humvees, among other equipment. What happens now with all these weapons?

Future scenarios are dismal. One possibility is that the Taliban keeps almost all of these weapons to itself, using them to create something resembling a regular military. Another possibility is that the Taliban keeps part of these weapons, with the rest being provided to associates, captured by other groups, or destined to expand an already large international arms bazaar.

In any case, these weapons give enormous leverage to the Taliban, which can instrumentally use them in negotiations, or in supporting other groups domestically and abroad. Or, in a desperate need for cash, the Taliban – or whoever is in the possession of weapons – might sell them to arms brokers, who could then resell them to militias, terrorist groups, paramilitary forces or criminals. As small arms and light weapons (SALW) are durable goods, and easy to use, maintain and sell, they could remain functional for decades. The consequences of this are likely to be more violence, more suffering and less development for the region and elsewhere.

Research demonstrates the negative impacts of arms proliferation and poor gun control: there was a positive relation between arms imports and the likelihood of war onsets in Sub-Saharan Africa between 1967 and 1997; imported weapons contributed to increase violence during the Rwandan genocide in 1994; and Chinese arms sales increased political violence in Sudan and Zimbabwe. Besides, cases in which military forces lost control of national arsenals had dire consequences: in 1997, around 500,000 weapons were stolen in Albania, of which most are still unaccounted to this day.

For countries struggling to tackle extreme poverty and provide even basic services to their population, weapons may have profoundly deleterious social and economic consequences. A study looking at the effects of SALW in Uganda between 1998 and 2003 estimated that treating its victims cost, on average, US$ 1233 per patient, inflicting a severe economic burden on people, communities and health systems. This and other studies looked at SALW from a public health standpoint, considering the proliferation of arms as an epidemic, and ammunition as a ‘vector’.

Moreover, what just happened in Afghanistan is yet one more episode in a long series of terrible miscalculations in arms transfer-related decisions, military aid, and arms control. In the 1970s, the United States provided weapons to the Shah’s regime in Iran, just to be threatened by its very ‘own’ weapons after the Iranian Revolution. In the late 1970s and early 1980s, the UK sold weapons to the brutal military dictatorship in Argentina, up to a few months before the invasion of the Falklands or Malvinas. Weapons provided by the United States to the Iraqi military and Syrian rebels were later found to be part of ISIS’ arsenal. Military forces in Mali that carried a coup in August 2020 received training from the US military.

In Afghanistan, a 2014 audit from the Special Inspector General for Afghanistan Reconstruction (SIGAR) found that 43% of weapons provided to the Afghan military had records with missing or duplicate information. Another audit found that recordkeeping of weapons in the Afghan military was poor, and that providing NATO-standard weapons to Afghanistan indirectly caused an excess of over 83,000 AK-47s in the Afghan military, making these weapons more likely to fall into the hands of insurgents. Therefore, the situation is aggravated with the Taliban in power, but this episode is part of a broader problem of poor decision-making regarding arms transfers and deficient or non-existing controls over weapons and military aid.

But did governments learn anything with past mistakes? In a few cases it seems that they did. The EU, for example, imposed stricter controls in 2008 through the Common Position on Arms Exports. Various governments have been bound by the Arms Trade Treaty since 2014, which established common standards in the international arms trade that states must follow. However, decision-making clearly failed in the case of arms provided to Afghanistan, indicating that governments should be far more careful when making decisions concerning arms transfers and military aid.

And what a few governments certainly have not learned is how to allocate money to promote long-term prosperity and stability: the US-led social engineering project in Afghanistan failed, and money was terribly misallocated. In addition to the US$ 83 billion to build the Afghan military, the United States spent US$ 837 billion in the conflict itself and US$ 63 billion on aid in areas other than security. In addition to a disproportionate allocation of resources to the conflict, there was a lack of monitoring of whether the rest of money spent had any positive impact. As stressed in a SIGAR’s report (prepared just a few days before the fall of Kabul): ‘In too many cases, the amount of money spent became the main metric for success’.

In summary, despite a trillion-dollar bill, Afghanistan remains a conflict-ridden, extremely poor country, with around half of its people living below the national poverty line and over a third facing high levels of acute food insecurity. If there is anything to be learned from this humanitarian tragedy is that prosperous and stable nations are not built upon weapons: they are built upon better standards of living, education, health, infrastructure, community resilience, and good leadership.

Rodrigo Fracalossi de Moraes is a researcher at the Institute for Applied Economic Research (Ipea), Rio de Janeiro. He has a DPhil in International Relations from the University of Oxford.

Thanks to André de Mello e Souza for comments and suggestions on this piece.

Russia, Central Asia and Non-traditional Security Threats from Afghanistan following the US Withdrawal