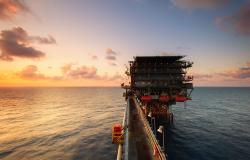 Last weekend’s agreement notwithstanding, international cooperation over oil output stands to be short-lived as the short- and medium-term battles for market share intensify.

Over the course of the Easter weekend US President Donald Trump succeeded in brokering a deal between Russia and Saudi Arabia which seemingly brought to an end the impasse in the Opec+ group over oil output following the 5 March breakdown of its talks on further cuts. Read only the headlines and the first couple of paragraphs in the 13 April press and one would think that the agreement, which was finalised the previous day, is a huge deal. Consider.

All this being conceded, let us delve a little deeper into the text below the headlines, starting with the following quote from the 13 April edition of the Financial Times (subscriber access only):

Analysts said that cuts of less than 7m b/d might be delivered because high baselines had been used to calculate the cuts. The higher 20m b/d figure, including production declines caused by lower prices, was also greeted with scepticism.

Second, the same FT article rightly opines that investors are unlikely to be reassured by the deal as they try to…

…weigh the loss of up to 30 per cent of global demand as economies have shut down to slow the spread of coronavirus.

The FT backs all this up with a quote from Amrita Sen at Energy Aspects, as follows:

There is a large amount of double counting, creative accounting and obfuscation in reaching this 20m b/d figure.

Consistent with this, Brent crude, the main global marker, struggled when markets reopened after the Easter break despite an early price surge of around 8%, finishing on 13 April just 1% higher than its pre-deal price.

Third, the new agreement, which does not come into force until 1 May in any case, envisages easing the agreed cuts to 7.7mbpd through 2H2020 despite the gloomy prognosis for the global economy for the remainder of the year which was highlighted by the IMF’s latest forecast for growth which was launched on 14 April. And especially bearing in mind that, as the Fund itself concedes, its current ‘base case’ does look to be close to a ‘best case’ scenario.

The bulk of the output cuts are predicated on Russia and Saudi Arabia cutting 2.5 million barrels per day from agreed — and somewhat inflated — levels of 11 million barrels per day. More importantly, for most of 2019, Russia displayed very poor form in complying with previously agreed Opec+ cuts. So the market is unlikely to take the announced cut at face value.

And, even putting to one side Mexico which has had to be bought off by the US in a vague side-deal,  Russia is unlikely to be the only party which breaches the new quotas.

Fifth, and perhaps most indicative of all of what to expect going forward, contrary to earlier reports it became clear as early as 13 April that Saudi Arabia is not cancelling all the discounts it is offering this month. For sure, with effect from 1 May Riyadh is trimming back the discount to the US (presumably to appease Mr Trump). But for Europe the current discount is to remain in place — which, contrary to point (C) above, I see as a slap in the face for President Vladimir Putin. As for Asia, far from cancelling discounts, the price of the Kingdom’s flagship Arab Light crude will be cut by a further USD4.20pb, strongly suggesting its determination to boost its market share there even at the expense of, among others, its Gulf neighbours.

Which takes us to the medium-term prospects.

While Russia (which can balance its budget with Brent at USD42pb and has over USD500bn in foreign currency reserves) and Saudi Arabia (needing USD84pb to balance its budget but with operating costs of just USD3.20pb) can both survive lower prices for a protracted period, others cannot. Country-wise, Iran and Venezuela look to be especially vulnerable economically; and tensions of one sort or another in Algeria, Iraq and Libya stand to be heightened as national budgets come under increasing strain. Furthermore, countries with high production and/or shipment costs — eg Brazil, Canada and the UK — will also suffer. Company-wise, some majors are already cutting back on investment in new output; and, as has been well documented of late, less productive shale beds in the US are at even greater risk than was previously the case.

On top of all this, for the investment community the relative yield on renewables is looking increasingly attractive. Goldman Sachs’s sector expert Damien Courcalin (quoted in the 11 April edition of The Economist — subscriber access only) is not alone in wondering aloud whether Covid-19 will change the way we live to the point where it fundamentally alters demand for hydrocarbons, possibly bringing ‘peak demand’ much closer than has been envisaged to date. And especially if the head of Barack Obama’s Ebola task force, Ron Klain was correct when he spoke to the FT last week, as follows:

I think it’s sadly likely that we’re going to see multiple waves of Covid. Of all the misconceptions in the public arena right now, the most important one to dispel is this nice clear image of Covid as a parabola…. There has never been an epidemic in the history of the world that has worked that way. There are multiple uneven hills. You relax the measures, then it comes back, and so on. Sometimes it comes back worse than first time.

Pulling all this together, I find it easy to agree (albeit for slightly different reasons) with Bloomberg’s oil strategist Julian Lee, writing on 12 April, when he concludes as follows:

But these are quite clearly extraordinary times, with an unprecedented demand collapse. Don’t be surprised if the war over market share between the Saudis, the Russians and the Americans resumes once the lockdowns ease and people want oil again. This is a temporary truce rather than lasting peace between the three biggest producers.

In short, the ‘big deal’ for the oil sector is still in the proverbial pipeline and it is far from clear, as yet, exactly what form it will take. But, one way or the other, it does look like being bad news for major producers.

[Author’s note: This is an updated and edited (for context) version of an article which first appeared in Arab Digest on 14 April.]

Photo by Zukiman Mohamad from Pexels