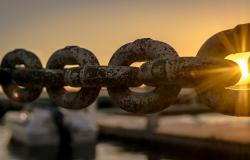 Alastair Newton argues that despite its early mishandling of Covid-19, the pandemic will shift the global balance of power further in China’s favour.

“The new coronavirus is shaping up to be an enormous stress test for globalization.”

On 20 January Global Policy published my essay ‘Chained Globalisation’ in which I considered the extent to which growing concerns about deglobalisaton/decoupling was actually justified. Just two months or so later the Covid-19 pandemic demands a reassessment of my conclusions that there is “a real limit to how far decoupling can go without disastrous economic consequences for all parties, not least the party actively seeking to decouple”; and that this will probably act as a constraint even on the United States in its relations with China.

“Mr Trump’s effort to redefine relations with China as fundamentally competitive may prove to be his most enduring legacy. Contrary to his politicking, even Democrats now see the relationship in those terms. His management of it, as the pandemic highlights, is a different story: it shows how America can lose.”

Whatever failings there may have been in Washington’s handling of the Coronavirus crisis, President Donald Trump’s January decision to ban all non-American visitors from China was the right move. Similarly, his subsequent ban on travel from Europe.

Today, the Europe-related ban looks like something of a sideshow as attention turns increasingly to China/US relations. However, it is important for at least two reasons.

First, its unilateral execution was totally consistent with the overarching post-Hamiltonian ‘America First’ philosophy which Mr Trump has brought to the White House. It underlined that, even in a global crisis, the Trump Administration has no time for the sort of coalition building which has been a consistent feature in similar circumstances over the past several decades. Writing in Foreign Affairs (subscriber access only) on 18 March, Kurt M Campbell and Rush Doshi summed up as follows:

“During the 2014–15 Ebola crisis, the United States assembled and led a coalition of dozens of countries to counter the spread of the disease. The Trump administration has so far shunned a similar leadership effort to respond to the coronavirus. Even coordination with allies has been lacking. Washington appears, for example, not to have given its European allies any prior notice before instituting a ban on travel from Europe.”

China was among key partners in that Ebola coalition.

Messrs Campbell and Doshi qualify the Trump Administration’s shunning of a leadership role with “so far”. Especially as it is entirely consistent with what one might call the ‘geopolitical distancing’ at the core of ‘America First’, there is no reason to suppose that things would change even if Mr Trump had not determined that publicly blaming China for the crisis is a smart tactic electorally. That Mr Trump (but not all of his subordinates) has been making an effort recently to curb his barbs about China is, in my view, driven by the immediate necessity to obtain medical equipment which only the Chinese can supply. Nevertheless, I find it hard to believe that he won’t resume China-bashing at some stage in the election campaign.

The second reason why the EU ban is important is that the manner of its doing has further widened the transatlantic rift which has emerged under his watch, thereby helping to create a soft power opening for China.

China has two important vehicles to assist its aspirations to fill the global leadership vacuum which Mr Trump has left. First, Beijing appears to have dealt with the Coronavirus threat at home, learning a great deal in the process and freeing itself up from the domestic challenge the better to be able to assist others. Second, China manufactures many of the items which much of the world, not just the US, urgently needs in the war against the virus.

As James Kynge and Hudson Lockett wrote in the Financial Times (subscriber access only) on 24 March, this opportunity…

“…was just what China had been looking for — an opportunity to start reframing its role from that of the country that accelerated the virus’s spread through cover-ups, to that of the magnanimous global power offering leadership at a time of panic and peril in much of the rest of the world”.

Their article goes on to quote Chatham House’s Yu Jie as follows:

“China is trying to turn its health crisis into a geopolitical opportunity. It is launching a soft power campaign aimed at filling the vacuum left by the United States.”

Furthermore, in contrast to (for example) China’s self-promotion as a ‘responsible stakeholder’ during the 2008 financial crash, Beijing appears perfectly happy to go it alone this time, rather than working with the United States.

Realistically, given its early mishandling of Covid-19, it would be a stretch for China comprehensively to enhance its reputation internationally, perhaps especially with the developed world. However, it can reasonably hope to repair at least some of the self-inflicted damage more or less universally; and in developing countries, where its largesse could make a huge positive impact, it may do better than that.

A v-shaped economic recovery in the second quarter, at a time when much of the rest of the global economy is likely to be submerged, would help too; and I don’t doubt that this is a top priority for the leadership in any case, obsessed as it is domestic socioeconomic stability.

“Listen to the wind blow”

The opening line of Fleetwood Mac’s 1977 classic ‘The Chain’ is apposite. For one thing on which the commentariat seems to be agreed is that the post-Covid-19 world will be a very different place.

Some are at least guardedly optimistic. For example, Philip Stephens, writing in the FT on 26 March, begins the final paragraph of his commentary as follows:

“That said, coronavirus promises to open a door to the rehabilitation of government, to a more equitable political and economic settlement, to the restoration of faith in democratic politics and to renewed global co-operation”.

However (and wisely), he concludes as follows:

“The question is whether the politicians choose to walk through it”.

The following day the same newspaper carried an editorial which includes the following warning:

“…policy co-ordination and co-operation are so important. In their absence, countries may be tempted to replace their lost foreign demand with domestic production, by raising the barriers to foreign supplies. This would launch another damaging round of beggar-my-neighbour policies, shattering supply chains, slowing recovery and thwarting the return of an open and dynamic world economy.”

Both Mr Stephens and his newspaper’s editorial board are right to be cautious. Consider some of the responses to Covid-19 from liberal democracies to date.

“Earlier this month Mr Trump was lambasted for having allegedly tried to buy a promising German coronavirus vaccine for America’s exclusive use. He would do better to reignite the liberal values and openness to talent upon which America’s economic dynamism is based.”

As for Europe, Messrs Farrell and Newman note that, in response, the government in Berlin has reportedly been considering either buying up the entire stock of the vaccine or banning its export to the US. Such a step should come as no surprise in the light of what we have seen already, which they summarise as follows:

“Russia and Turkey prohibited the export of medical masks and respirators. Germany did the same, even though it is a member of the European Union, which is supposed to have a ‘single market’ with unrestricted free trade among its member states. The French government took the simpler step of seizing all available masks. EU officials complained that such actions undermined solidarity and prevented the EU from adopting a common approach to combating the new virus, but they were simply ignored.”

Then there is China. Messrs Farrell and Newman again:

“Even before the COVID-19 outbreak began, Chinese manufacturers made half of the world’s medical masks. These manufacturers ramped up production as a result of the crisis, but the Chinese government effectively bought up the country’s entire supply of masks, while also importing large quantities of masks and respirators from abroad. China certainly needed them, but the result of its buying spree was a supply crunch that hobbled other countries’ response to the disease.”

These and other similar actions make it clear that Covid-19 has caused critical supply chains to break down — and not just in the pharmaceutical and medical equipment sectors. For example, global production of laptops fell by around 50% last month (albeit not entirely thanks to shortfalls in key components); and auto production across Europe is at risk (insofar as assembly lines are still operating) thanks to the closure of a single plant in Italy which makes essential electronic components.

All this, compounded by the globalisation’s near-eradication of the sort of ‘slack’ in the system which is essential quickly to meet a sudden sharp increase in demand, is calling into serious question the entire premise on which globalised supply chains and just-in-time delivery rest.

Nevertheless, I agree with Messrs Farrell and Newman as follows:

However, some senior policymakers take a different view including, unsurprisingly, Mr Trump’s trade advisor Peter Navarro who was quoted in the 5 March edition of the FT as follows:

“Just as in the H1N1 flu pandemic of 2009, actions by strategic competitors and putative allies alike once again demonstrate that in a global public health emergency, the US is alone. Such behaviour is precisely why it is important for the Trump administration to bring home its manufacturing capabilities and supply chains for essential medicines and thereby simultaneously reduce America’s foreign dependencies, strengthen its public health industrial base, and defend our citizens, economy, and national security.”

His is far from being a lone voice in Washington.

“You will never break the chain”

Nevertheless, Fleetwood Mac again seem to have hit the proverbial nail squarely on its head.

Assuming Covid-19 remains under control in China and given the trajectory which it is likely to follow in the US, Washington may take more actions which strengthen the soft power advantage which Beijing already holds. Back to Messrs Farrell and Newman:

“With the health and safety of their citizens at stake, countries may decide to block exports or seize critical supplies, even if doing so hurts their allies and neighbors. Such a retreat from globalization would make generosity an even more powerful tool of influence for states that can afford it.”

At the same time, the Trump Administration will continue to look to exploit Covid-19 to try to rupture to the greatest extent possible Sino-US economic and trade ties. Furthermore, given the bipartisan accord in the US over China, this will not change if there is a different occupant of the Oval Office in 12 months time. But this does not mean that even Washington’s western allies are going to find it any easier to reduce their high degree of dependence on China when it comes to public health than is the case with 5G technology.

In short, as I concluded in my 20 January essay, the reality of chained globalisation remains that“it’s too late to decouple” from China, even for economies which may so wish, without inflicting significant self-harm.

So, where does this leave us?

As Messrs Farrell and Newman state:

“So far, the United States has not been a leader in the global response to the new coronavirus, and it has ceded at least some of that role to China. This pandemic is reshaping the geopolitics of globalization, but the United States isn’t adapting.”

And, as they conclude:

“The result may be a shift in global politics”.