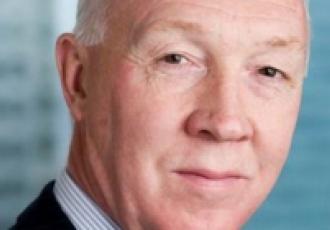 Alastair Newton, an alumnus of the LSE, is a professional political analyst who was based in the City of London from 2005 to 2015. As such, he sought to anticipate, analyse and explain political and geopolitical events worldwide which may impact on financial markets. In addition to regular commentary on current political “issues” he is also co-author of major studies on China, India, Indonesia, Israel/Iran and North Korea.

Prior to his move to the City, Alastair spent 20 years as a career diplomat with the British Diplomatic Service. He served in Sub-Saharan Africa, Paris (at the OECD) and in the United States. In London, he worked in intelligence co-ordination (including during the 1990/91 gulf War), policy planning and economics relations, as well as running the Prime Minister’s G7/8 team from 1998 to 2000. He was on secondment from the Diplomatic Service to the City from 2000 to 2002.

In addition to his mainstream work, Alastair was Chair of the Supervisory Board of African Development Corporation from 2013 to 2015; President of the British Society for Middle Eastern Studies from 2010 to 2012; and a member of the Council of Chatham House from 2010 to 2015.

In July 2015 he moved to Livingstone in Zambia where he is Co-founder and Director of Alavan Business Advisory Ltd (www.alavan.biz) specialising in business development in Sub-Saharan Africa in general and Zambia and its neighbouring countries in particular. In parallel, he continues to analyse political and geopolitical events globally as a consultant and remains a frequent commentator on television and radio and a regular speaker at conferences and other events worldwide.

For further information on Alastair’s political and business development work please contact him at adbnewton@gmail.com