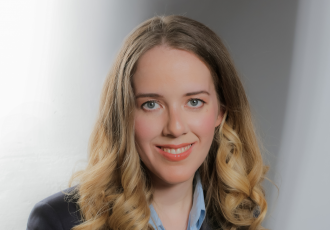 Marion Laboure is a senior economist and market strategist at Deutsche Bank, a lecturer at Harvard University, and a recognized expert in financial technology (fintech). In addition to designing her own financial technologies course at Harvard University, she speaks extensively about payment systems, blockchain, and digital currencies at conferences and seminars. She has won several awards for excellence in teaching, and she received two first prizes from the American Actuarial Society. Revue Banque nominated her as one of six rising stars in finance, and Business Insider named her one of eleven cryptocurrency masterminds. Marion has extensive private sector, public policy, monetary policy, and academic experience, including at the European Commission; Harvard University; the Luxembourg Central Bank; Deutsche Bank; and Barclays. She is the co-author of two books on capital markets, and she has lectured on economics and finance at Harvard Kennedy School, Harvard University, Yale University, Sciences-Po Paris, and University Paris Dauphine.