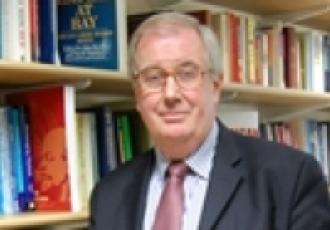 Professor Cox is also Chair of the European Consortium for Political Research (ECPR). In addition, he has served on the Executive Committee of the British International Studies Association and The Irish National Committee for the Study of International Affairs. More recently he was appointed Director of the Cold War Studies Centre at LSE, and in 2007 Director of IDEAS at the LSE, a Centre for the Study of Diplomacy and Strategy. He is also an associate research fellow at Chatham House, London, and between 2001 and 2002 was Director of the David Davies Memorial Institute for the Study of International Politics. In 2002 and 2007 he was appointed a Research Fellow at the prestigious Nobel Institute in Oslo, and in 2003 Chair of the United States Discussion Group at the Royal Institute of International Affairs. In 2007 Professor Michael Cox became an Associate Fellow on the Transatlantic Programme at The Royal United Services Institute (RUSI) Whitehall. He has also taught and is an alumnus of the Salzburg Seminar, Austria.

A highly experienced international lecturer, Professor Cox has spoken worldwide over the last twenty years to senior Executives, business people, military and intelligence personnel and government organizations in Brussels, Beijing, Paris, Canberra, London, Rome, Madrid, Washington, Boston and New York. He has spoken on a range of contemporary global issues, though most recently he has focused on US foreign policy, the state of Transatlantic relationship, the role of the United States in the international economy, the rise of Asia and the longer term problems facing the European Union.

He is also the author, editor and co-editor of over twenty books including Superpowers at the Crossroads (1990); US Foreign Policy after the Cold War: superpower without a mission (1995); Rethinking the Soviet Collapse (1998); The Eighty Years Crisis: international relations, 1919-1999 (1998); The Interregnum: controversies in world politics, 1989-1999 (1999); American Democracy Promotion (2000); EH Carr: a critical appraisal (2000); A Farewell to Arms: from long war to long peace in Northern Ireland (2000); EH Carr: The Twenty Years' Crisis: introduction to the study of international relations (2001) (ed); Empires, Systems and States: great transformations in international politics (2002); How Might We Live? global ethics for a new century (2003). The International Relations of The Twentieth Century: 8 volumes (2007) and US Foreign Policy (2008). He has also served as editor of several leading academic journals including the Review of International Studies, International Relations and, since 2003, International Politics and the journal Cold War History. Since 2003 he has been a member of the board of the Cambridge Studies in International Relations and is general editor for the Palgrave series, Rethinking World Politics. In 2009 he will publish two volumes of his own writings: The Rise and Fall of the American Empire and The United States and World Order: From the Cold War to the War on Terror. In 2010 he will also bring out two four volume editions of key writings on the Cold War and US Foreign Policy.