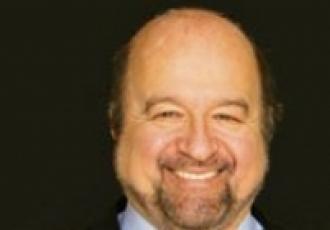 Mr. de Soto is currently President of the ILD (headquartered in Lima, Peru) considered by The Economist as one of the two most important think tanks in the world. Time magazine chose him as one of the five leading Latin American innovators of the century in its special May 1999 issue “Leaders for the New Millennium”, and included him among the 100 most influential people in the world in 2004. Mr. de Soto was also listed as one of 15 innovators “who will reinvent your future” according to Forbes magazine’s 85th anniversary edition. In January 2000, Entwicklung und Zusammenarbeit, the German development magazine, described Mr. de Soto as one of the most important development theoreticians of the last millennium. In October 2005, over 20,000 readers of Prospect magazine of the UK and Foreign Policy of the US ranked him among the top 13 “public intellectuals” in the world from the magazines’ joint list of 100. In his speech opening the 2004 World Economic Forum at Davos, former US President Bill Clinton described him as “the world’s most important living economist.”

Mr. de Soto has served as an economist for the General Agreement on Tariffs and Trade, as President of the Executive Committee of the Copper Exporting Countries Organization (CIPEC), as CEO of Universal Engineering Corporation (Continental Europe’s largest consulting engineering firm), as a principal of the Swiss Bank Corporation Consultant Group, and as a governor of Peru’s Central Reserve Bank. In the early 1990s, he led the effort to insert Peru into the global economy; and, with his ILD team, drafted and promoted more than 187 laws that gave the poorest Peruvians access to economic opportunities, including title to their property and businesses; and created the national office of Ombudsman to defend the constitutional and human rights of the Peruvian people (Defensoría del Pueblo).

Currently, Mr. de Soto, together with his colleagues at the ILD, is focused on designing and implementing capital formation programs to empower the poor in Africa, Asia, Latin America, the Middle East, and former Soviet nations. Some 30 heads of state have invited him to carry out these ILD programs in their countries. He also co-chaired with former US Secretary of State Madeleine Albright the Commission on Legal Empowerment of the Poor, and currently serves as honorary co-chair on various boards and organizations, including the World Justice Project.

Mr. de Soto has published two books about economic and political development: The Other Path, in the mid-1980s, and at the end of 2000, The Mystery of Capital: Why Capitalism Triumphs in the West and Fails Everywhere Else. The latter has been translated into some 30 languages, has sold over 2,000,000 copies worldwide and has received 25 prizes in Europe and North America. His work has been the subject of several books, including: The Mystery of Capital and the Construction of Social Reality (2008), which examines the philosophical implications of Mr. de Soto’s ideas; Hernando de Soto and Property in a Market Economy (2010), which looks at his work from the legal point of view; and from the economic perspective The World’s 12 Most Important Economists (Die zwölf wichtigsten Ökonomen der Welt, 2007), which profiles him among a list that begins with Adam Smith and ends with recent Nobel Laureate Joseph Stiglitz.