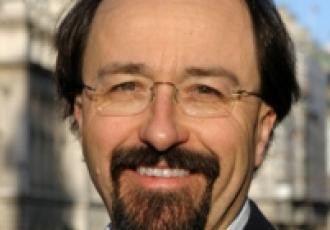 Bill Emmott is one of the world’s most informed and articulate voices on business, globalization and political economy. This well-respected journalist and writer spent 26 years at The Economist, the world's leading current affairs weekly, thirteen of them as editor-in-chief. During his tenure as editor-in-chief the magazine’s circulation more than doubled to over one million copies a week and he built the magazine from a periodical of value to the must-read journal in its field, setting ever higher standards for analysis and commentary. He the author of several well-received books, including, most recently, "Rivals: How the Power Struggle Between China, India, and Japan Will Shape Our Next Decade." In "Rivals" Bill returns to the territory of his bestseller "The Sun Also Sets" to explain what the rivalry between China, India and Japan means for Europe, America and the global economy.