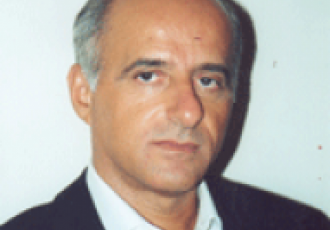 C.J. Polychroniou is a political scientist/political economist, author, and journalist who has taught and worked in numerous universities and research centers in Europe and the United States. Currently, his main research interests are in U.S. politics and the political economy of the United States, European economic integration, globalization, climate change and environmental economics, and the deconstruction of neoliberalism’s politico-economic project. He is a columnist for Global Policy Journal and a regular contributor to Truthout as well as a member of Truthout’s Public Intellectual Project. He has published scores of books and over one thousand articles which have appeared in a variety of journals, magazines, newspapers and popular news websites.  Many of his publications have been translated into a multitude of different languages, including Arabic, Chinese, Croatian, Dutch, French, German, Greek, Italian, Japanese, Portuguese, Russian, Spanish, and Turkish. His latest books are Optimism Over Despair: Noam Chomsky On Capitalism, Empire, and Social Change (2017); Climate Crisis and the Global Green New Deal: The Political Economy of Saving the Planet (with Noam Chomsky and Robert Pollin as primary authors, 2020); The Precipice: Neoliberalism, the Pandemic, and the Urgent Need for Radical Change (an anthology of interviews with Noam Chomsky, 2021); and Economics and the Left: Interviews with Progressive Economists (2021).