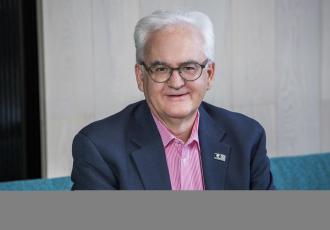 Anthony McGrew is Professor of Global Public Policy in the College of Liberal Arts at Shanghai University ,Shanghai (2019- ) and also Special Visiting Professor at the Shanghai Academy of Social Sciences (2015-) . From 2015 -18  he was Pro-Vice Chancellor of the College of Arts,Social Sciences and Commerce and Professor of Global Public Policy at La Trobe University,Melbourne  as well as  Director of the La Trobe Confucius Institute. Prior to this he was Executive Dean of Humanities and Social Sciences at Strathclyde University (2010-2014)  . Educated at the University of Southampton (BSc  and PhD ) specialising in international relations at which he also held the position as Dean of the School of Social Sciences (2006-2010) . He has held Visiting Positions at Universities in China ,Japan, Ireland,and Australia . Publications include scholarly works on globalization, global political economy, and global governance. Current research interests involve projects concerning :  non-Western international theory , the demise of globalization and  transformations in the current global order.