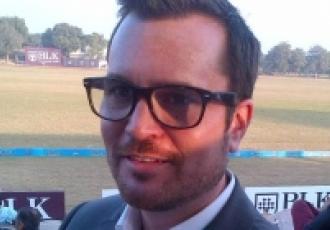 Chris Miller took up his post in Jaipur in December 2013. In addition to working closely on policy and socio-economic development projects with Princess Diya Kumari, who is an elected member of the Rajasthan State Assembly, and with representatives of the state government, Chris advises the erstwhile royal family and the palace administration on the management of the City Palace complex, the Jaigarh Fort, and the family’s other commercial, philanthropic, and cultural heritage preservation initiatives.

Chris has over 16 years of experience in international development, including extensive work in post-conflict reconstruction, development, and reconciliation in Balkans. He has held senior communications and government relations positions with the World Bank and the IFC, and was country director for USAID’s policy development program in Bosnia, amongst other shorter assignments in Southern Europe, Central Asia, Africa, and the Middle East. Chris moved to Jaipur from New Delhi after six years as South Asia head for TVE, an international media trust founded by the UN.