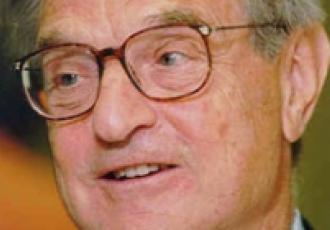 George Soros was born in Budapest in 1930. He survived the Nazi occupation and then fled communist Hungary for England, where he graduated from the London School of Economics. He then settled in the United States, where he accumulated a large fortune through the investment advisory firm he founded and managed. Mr. Soros is the author of twelve books, including most recently Financial Turmoil in Europe and The United States: Essays (Public Affairs, 2012).