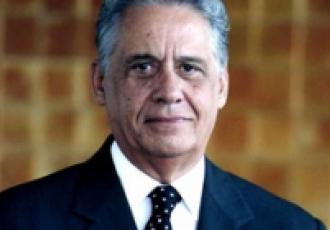 Fernando Henrique Cardoso was President of Brazil from 1995 to 2002. In October 2002, the United Nations Development Program named Cardoso the inaugural winner of the Mahbub ul Haq Award for Outstanding Contribution to Human Development.

Fernando Henrique Cardoso is also an acclaimed academic. He has a Ph.D. in Sociology and was a long time professor of Sociology and Political Science at the University of São Paulo, where he is now Professor Emeritus. Cardoso was president of the International Sociological Association (1982-1986) and continues to lecture at universities around the world. He has been visiting professor at the universities of California, Berkeley, Collège de France, Paris, Stanford, Cambridge, Paris-Nanterre, FLACSO, ILPES and CEPAL at Santiago, Chile.