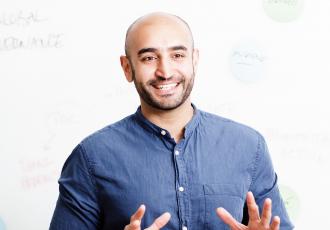 Joel Sandhu is a project manager at the Global Public Policy Institute (GPPi) in Berlin, where he heads the Global Governance Futures – Robert Bosch Foundation Multilateral Dialogues (GGF) program and leads GPPi’s work on global order. His areas of research interest include international order, EU-China and EU-India relations, China’s and India’s foreign and security policy, the role of rising powers in international institutions, and Hong Kong’s political evolution. He edited and is responsible for the publication of a series of Global Governance Futures commentaries and scenario reports covering a wide range of international policy issues. He presents Global Futures, a podcast series that looks at global politics and how rising powers such as China and India are influencing it.

Throughout his career Joel developed a passion for intercultural communication and a professional interest in facilitating policy driven multilateral dialogues.

Previously, Joel worked with the London-based Policy Network as part of the globalization and social justice research team, focusing on the EU’s role in economic globalization. He has written a number of online publications focusing on trade issues between the EU and China; social inequalities and dysfunctional societies; and global economic governance. Joel has been a guest on Deutsche Welle and his commentaries have been featured in the World Politics Review, the EU Observer, South China Morning Post, Global Policy, The Statesman, and Frankfurter Rundschau, among others.