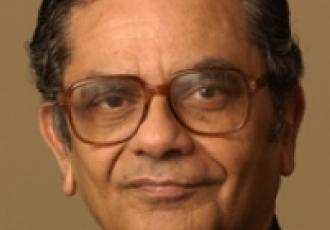 Jagdish Bhagwati is University Professor, Economics and Law, at Columbia University and Senior Fellow in International Economics at the Council on Foreign Relations. He has uniquely combined seminal scientific contributions to the postwar theory of commercial policy, strengthening greatly the case for Free Trade, with several bestselling books and op ed essays in leading newspapers and magazines on current trade policy issues. He has been Economic Policy Adviser to the Director General, GATT (1991-93) and Special Adviser to the UN on Globalization. He has been celebrated with six festschrifts in his honor. He has received several honorary degrees and awards, among them the Freedom Prize (Switzerland), the Bernhard Harms Prize (Germany) and the Thomas Schelling Award (Kennedy School, Harvard). His honors also include the highest civilian awards from the Governments of India (Padma Vibhushan) and Japan (Order of the Rising Sun: Gold and Silver).