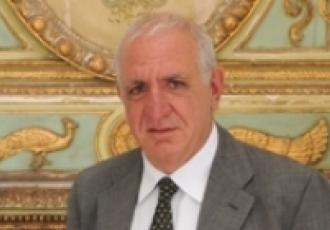 Sebastiano Maffettone is an Italian philosopher, currently Full Professor of Political Philosophy at in , where he is also the Dean of the Faculty of Political Science. He specialized in Social Philosophy at the London School of Economics and among other appointments, has been a visiting professor at Harvard, Tufts and . He is a member of many scientific committees supported by Adriano Olivetti, Einaudi and Ernst & Young foundations. Professor Maffettone is also Director of Filosofia e Questioni Pubbliche, a semi-annual review of political, moral and social philosophy and applied ethics. Professor Maffettone’s research concerns the development of an original vision of public ethics within the context of and international themes of contemporary political philosophy. He also takes interest in the philosophy of John Rawls and has produced an Italian translation of A Theory of Justice.

Professor Maffettone has collaborated with several Italian journals and newspapers such as Il Mattino, Il Corriere Della Sera, Il Messaggero, Panorama and Il Sole 24 ore. He also directs two editorial columns, one edited by Liguori and the other by il Saggiatore. Professor Maffettone is the Director of CERSDU (Center for Research and Studies on Human Rights) sponsored by Luiss Guido Carli, a center dedicated to ethical dilemmas related to globalization. He has coordinated many projects on private and public research as well as national and international research, is the author of 16 books, and editor of several collective volumes. Professor Maffettone is widely known for his participation in academic and teaching initiatives in and abroad, where he contributed to the academic debate thanks to his wide network of international relationships, participation in seminars, workshops and conferences in and abroad.