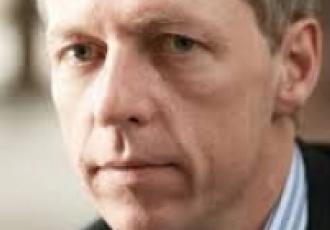 Dr. Orbinski is a humanitarian practitioner and a leading scholar in global health. He believes in humanitarianism, in citizenship and in actively engaging and shaping the world in which we live, so that it is more humane, fair and just. As of September 2012, Dr. Orbinski is CIGI Research Chair in Global Health at the Balsillie School of International Affairs, and professor of International Policy and Governance at Wilfrid Laurier University, in Waterloo, Canada. At the University of Toronto, which he joined in 2004, he is full professor of Medicine at the Dalla Lana School of Public Health, and is a Senior Fellow at the Munk School of Global Affairs, and at Massey College. After extensive humanitarian field experience in war, famine and epidemics, he was elected International Council President of Médecins Sans Frontières/Doctors Without Borders (MSF) (1998-2001). In 1999 he accepted the Nobel Peace Prize awarded to MSF. From 2001 to 2004 he co-chaired the establishment of the Drugs For Neglected Diseases Initiative, a global research network focused on drug research and development for neglected tropical diseases. Known as the DNDi, this not-for-profit drug development company has since released six new treatments for tropical diseases, and has 17 other New Chemical Entities under development. In 2004 he co-founded Dignitas international, a hybrid academic-NGO, which is now supporting more than 250,000 patients on full treatment for HIV in Malawi, and an extensive research and publishing record on health systems in the developing world. Some of Dr. Orbinski’s formal research is recognized as among the “best science in the world”, and as having "shaped scholarship in the field of global health in the post Second World War years". Dr. Orbinski is a best selling and award winning book author, and an Officer of the Order of Canada. He is a member of the UNEP Scientific Steering committee on Disaster Preparedness and early Warning for Extreme Weather, and sits on several global health-related boards.