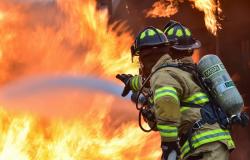 Scott Montgomery with a personal perspective on the unusually devastating fires displacing people and destroying property along the West Coast of the United States.

As I write, my city has been invaded. It is the month when Seattle weather normally gleams with clarity, yet my throat burns and the trees at the end of the block are being dissolved by a Martian haze. Across the street, my neighbor’s house appears as if in a grainy sepia photograph. I can only think that the atmosphere has materialized for us what an excess of carbon really feels like.

The West Coast of the United States has been on fire since September 11, nearly a week at this point. It may seem insolent to draw such a parallel but not wrong to contemplate the reasons for doing so. It is worth contemplating that, with all the measures taken after 9/11 to protect the people of America, conditions are more dangerous now than on that unforgettable morning two decades ago.

Last year, Australia was identified as “ground zero” for the impacts of climate change. There were the combined assaults of extreme drought, record high temperatures, coral death along the Great Barrier Reef, and massive brushfires destroying homes, ranches, habitat, and lives of people and wildlife. Part of this also involved the policy uncertainty of the Morrison government, which has chosen to emphasize adaptation and coal production.

This year, it is America’s turn. But as all things are bigger and bolder here, the ground zero aspects are colossal. Think of Europe in flames from Spain to Finland, a burning belt across Africa from Cameroon to Ethiopia. In the midst of a global plague, economic catastrophe, protests and killings in cities, comes a period of intense heat and dry wind, conflagrations and deadly air of unprecedented scale. All this, while the White House and supporters in Congress deny even the reality of climate change, spending billions on war weapons to keep us safe. What good are they now?

This year’s fires are something new. They and the toxic mass of atmosphere they yield reach from southernmost California across the Canadian border, a great arc stretching 1,500 miles. Nearly 600,000 people have been displaced from their homes, with thousands more under evacuation orders. Once again, as in the previous two years, entire towns and neighborhoods have been consumed; more than 4,100 structures have burned despite the 30,000 firefighters engaged in containing the flames. Three dozen people have been killed, at this writing, with dozens more missing, especially in Oregon. There are also fires in Arizona, Utah, Idaho, and Colorado as well. Millions of acres of grassland, forest, desert, farmed area, and buildings have been blackened and turned to ash.

And smoke. Yet what sears my eyes and throat, and those of many millions over the distance of a continent, now stretching across the entire U.S., is not what comes from a campfire. It is a vast, roiling sea of gases, particles, and chemicals that has swept up the pollution of cities and highways, industries and powerplants, and brought it into the faces and lungs of those from LA to Seattle. Where wildfires seize on manmade materials, toxins are added from plastics, rubber, metals, paints, textiles, and much else.

This noxious ocean of hazardous air would cover the entire Mediterranean or the Black, Red, and Caspian seas combined. Levels of 2.5 PM alone—particulate matter with a diameter of 2.5 microns, able to penetrate deep into the lungs and enter the bloodstream—are near extreme. Safe levels for a 24-hour period are 25-35 (micrograms per cubic meter) or less, according to the EPA (U.S.) and WHO. Cities from Los Angeles to Seattle have levels above 150, and in many places 300-600. Such are equal to what Chinese urban areas have suffered when choked by coal pollution, such hazardous air serving as global notice and iconic evidence of environmental disaster and a cause for millions of premature deaths. Now, our trained expectation that such levels of pollution are a feature to be seen in developing nations, not the so-called first world, has been shattered. It is not Beijing, Delhi, and Jakarta with the worst air in the world, but San Francisco, Portland, and Seattle.

This year of fire is historic and not perfectly understood. Besides the overabundance of fuel due to many decades of fire suppression policy, contributing factors are many and their interaction complex. The seasonal “dry out” of the West, stemming from record heat, more frequent heat waves, and low moisture levels in an extended summer and early fall, to which are added huge numbers (~150 million in California) of dead trees due to these conditions and bark beetle infestation—all of this is tied by climate scientists to global warming.

Such are required background conditions for a mass wildfire event. The final ingredient, not surprisingly, is people. More people living in, and pushing back, the wildland-urban interface, as it’s called; more visitors to recreation areas, campgrounds, trails, and off-trail areas; greater numbers venturing into the backcountry. This expanded presence of humans raises the probability for ignition—whether from a campfire, grill, cigarette, firework, spark, downed power line, etc.

No simple equation can explain or predict any specific set of fires, true enough. This year, a fair number were set off in northern California by dry lightning storms, where rain evaporates before reaching the ground (such storms are common in the western U.S. and do ignite fires). Still, there is a evidence-based rule of thumb that more humans mean more possibilities for fire. Most of the wildfires this year still need to be investigated for causes.

The truth is that, while there are roughly 100 large fires burning, many thousands of smaller fires also exist. The combination of weather and ground conditions with the pandemic, urging people “into nature” has been particularly excellent for a disastrous season. It is a year, some may say, when the Four Horsemen have gained a furious companion in the western U.S. The truth, however, is that no such reinforcements are needed. Climate forecasts for this kind of event are not new, as the 2018 National Climate Assessment shows. California has been in the throes a megadrought for over a decade. Combining heat, drought, wind, and many thousands of people fleeing cities and the pandemic to seek relief in nature and recreation has proven an explosive mix that climate science may have undervalued.

Add social media, too. The rumors of left or right extremists setting fires to spread chaos might even have been expected. It happened in Australia too. These are the kind of info-toxins that now pollute the cybersphere, not least in a nation where ugly accusations and threats from the top leadership accompany any disaster. Mr. Trump’s recent visit to California, which he generally wishes would break off and subside beneath the waves, showed yet again a willingness to find blame for Democrats while refusing to accept climate change as a fact (“I don’t think science knows,” were his words).

What Does It Mean?

This burning of the West at such scale was not supposed to happen yet. Forecast as a possibility for future decades, it is a fearful thing to see it arrive so soon. At the same time, we know from the California fires of the last decade that it can’t be called a freak calamity, like the Big Burn of 1910, a story of mass fire eloquently told by Seattle writer, Tim Egan, where nature was the destroyer. Today, this region faces 2020, the Year of Fire and Burning Air, as a probable opening chapter. It is close to certain that it will not prove a once-in-a-century event.

When combined with Australia’s conflagrations of 2019, this year does pose a question that cannot be postponed:  have we reached the point of no return for severe climate impacts? As a scientist (geologist), university lecturer, and parent, I am drawn to three possible answers. One says that the more severe impacts forecast to arrive with a global average temperature rise above preindustrial levels of 1.5o – 2oC are already here. The second answer does not contradict this. It says, however, that what has been designated as a “severe impact” may need to be recalibrated upward. Third and last, the year 2020 could well prove one of our final warnings for what is yet to come.

For my part, I do not plan on leaving Seattle. This does not mean, however, that I won’t be forced to do so for health reasons before long. In moments of exasperated reflection, I have thought about moving north to Canada (my mother was Canadian). Vancouver is a richly cosmopolitan place with as much natural beauty and slightly better traffic. But it, too, has been invaded this year by hazardous air, as it was in 2017, when fires attacking forests in British Columbia polluted the skies and streets of Vancouver and Seattle. So I need to consider places farther afield. I had not thought I might live out my remaining decades as a climate refugee.