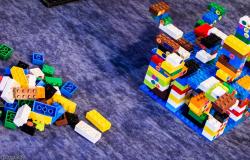 Markos Zachariadis on why the promise has not yet met reality.

Blockchain is touted as the next step in the digital revolution, a technology that will change every industry from music to waste. When it comes to money, it goes well beyond bitcoin. Academics have claimed it will “do to the financial system what the internet did to media”.

There are many versions of public blockchains in existence, but the majority of them share a basic premise: they offer a secure, decentralised infrastructure to maintain a “single version of the truth”, recording all changes made on the blockchain database since its formation.

Enthusiasts predict the technology will do away with the need for banks to act as intermediaries. Whether we buy our groceries online, pay for a service through our mobile phone, or transfer funds abroad, transactions will almost immediately be recorded on the distributed ledger of the blockchain, rather than waiting a couple of days for it to register in our account as banks contact each other on a system invented in the 1970s.

A lot of banks and fintechs started experimenting with blockchain in 2015 – trying to capitalise on the speed and transparency it offers. But four years later, the idea that blockchain will remove banks as intermediaries in our payments system still seems a long way off. That’s because there are five basic challenges that the technology has to overcome if it is to be accepted as part of the financial system.

Blockchain’s strength is it has no central authority, but this is also a weakness. Who makes the decisions about how the technology works or when it needs updating?

If Microsoft Windows needs an update, Microsoft will decide on that and send out an update. But with no central decision-maker, decisions about updates in the world of blockchain become slow and dysfunctional.

Public blockchains operate more like communities. There is no systematic way to decide on updates or improvements. Instead they happen through huge debates among ecosystem participants, with groups arguing over issues like the length of a block, the number of transactions it should hold and how quickly they should be chained. Often there is no solution to these debates, with no way to organise these communities and make decisions.

Sometimes this can result in a split. That’s what happened in 2016 when 3.6m ether (amounting to roughly US$60m at the time) was stolen on the ethereum cryptocurrency network. Founder Vitalik Buterin agreed to “unwind the theft” by creating a new version of the blockchain and the respective token. This “hard fork” allowed people to reclaim their funds, but some of the community felt it went against the principles of blockchain and so carried on using the “old ethereum”, now known as ethereum classic.

Blockchains haven’t figured out how to effectively govern yet. Often, simple majority voting mechanisms are used to make decisions, which means issues are vulnerable to lobbyists or particularly active contributors seizing control.

Despite blockchain’s popularity, it is still at a very small scale compared to everyday electronic payments. At the moment, bitcoin’s blockchain does 2,000 transactions every ten minutes, whereas Visa handles more than 65,000 transaction messages every second, and SWIFT – the global messaging system used by banks and financial institutions to transfer payments – deals with approximately 24m messages a day.

The “block size debate” over how many transactions each block of a blockchain should handle has raged since the early days of bitcoin in 2009. This must be resolved for blockchain platforms to grow big enough to become part of the world’s financial plumbing.

Different blockchains organise information in a plethora of ways. This means feeding information from one to another is not always easy.

There is no agreed universal layout of the transaction data structure. In a financial payment, a block will hold the person or company’s name, account information, payment, location address and any other relevant factors. But cryptocurrencies all do this differently, so it would be difficult to move from one currency to another. They need to create standards for the information they contain and how it is systematically laid out.

Who should create these standards, though? There needs to be a body taking the lead on this and a general consensus must come to the fore, like the Internet Engineering Task Force (IETF) has done for the internet.

There is no liability for the platforms when things go wrong at the moment. For instance, in 2017, Canadian digital currency exchange QuadrigaCX announced that a computer error had led to losses of ether worth US$14m.

The ether was trapped in the Ethereum system, but the Ethereum community decided not to take any action in recovering it and so QuadrigaCX had to swallow the loss so no client balances were affected.

Surely, liability will need to be cleared up before the public can trust blockchains with their money. For this, we need more regulation in the space of crypto and blockchain in general.

Blockchain payments mean all users can see all the transactions, making them easy to audit and trace. Users are pseudo-anonymous, in that they are not obliged to identify themselves in any way, but they can still be traced through their alphanumeric address and use of tokens on the network. This transparency is part of the blockchain’s strength. It means other users can see the amount of bitcoins going from one address to another, but no name is linked to that address.

The current system, SWIFT, is a private network infrastructure. It is considered secure and resilient, allowing access only to users who are fully identified and verified as legal entities in the finance sector. Eventually, blockchain’s lack of an identification framework will be problematic for many users and investors as it is a fundamental premise on which the financial system is built.

Until these issues are addressed, it is hard to see public (and to some extent private) blockchains becoming the new foundation of our financial system.