The Fragile Lightness of Freedom: The Berlin Wall, Thirty Years On 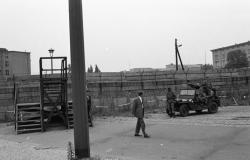 What the fall of the Wall and the last thirty years should have taught us is that without freedom there is no equality, and without equality freedom is fragile and vulnerable.

Thirty years after it disappeared, the memory of the Wall that divided Berlin cries out to us as a protest against all the walls that must be broken down so that we can complete the more fraternal world that, in the euphoria of the surprising and unexpected celebration that November 9, 1989 became, seemed then within our reach.

The democratic revolutions that followed were "velvet revolutions", as Vaclav Havel had described the Czech revolution. In them, unlike in Hungary in 1956, there were no more tanks in the streets, rolling through the blood of their martyrs. Political and social rights in the kidnapped “Central Europe," of which Milan Kundera spoke in 1984, still progress, showing us that the utopia of a united and democratic Europe can still be achieved.

Once the fear of nuclear holocaust, Gorbachev's primary motivation for ending the Cold War, had vanished, peace became possible. And with it came an unprecedented decade of international cooperation, based on revived multilateralism, regional integration and meaningful progress to protect fundamental rights, symbolized by the creation of the International Criminal Court.

Further, during the 1990s – a decade of hope above all – we witnessed the end of Apartheid, the independence of East Timor, the consolidation of democracy in Latin America and a vast movement of economic reform in Asia, ushering in an end to the poverty and misery of hundreds of millions of people.

Liberal democracy, it seemed then, should have triumphed forever, as Fukuyama rashly predicted it would, in his End of History. But little attention was paid to those who were left behind, those for whom this democratic feast left a bitter after-taste.

From the Balkans, from the mass graves of Srebrenica, came a tragic warning –claims of there being no alternative to liberal democracy were premature, to say the least. Identity nationalism had returned to Europe, with a demagogic discourse drawn from past chimera and made up of historical resentments, resentment that was to be fed by the 2008 financial crisis and the vast discontent with social inequality.

In short, in the frenetic pace of those early years of a new era, after the implosion of the Soviet Union, we overlooked the fact that it was not only freedom, but also a particular vision of society that had triumphed, a vision in which profit and consumption were the supreme good.

The triumphalism of the major victors of the Cold War, freed from the spectre of communism, was based on the conviction that nothing could still oppose neoliberal globalization, that the risk of social revolt which had legitimized social democracy, had collapsed like the stones of the Wall that they had demolished. However, the proposed remedy, embodied in the Washington Consensus, was to prove deadly for the transition from a centrally-planned economy to one based on capitalism.

The democratic transition in Russia was the first victim. Capitalism had to be restored in full immediately and those left behind were the ‘undeserving’ who did not know how to adapt to a new world in which economic success was the barometer of happiness.

When I visited Moscow in 1991, in the years of Yeltsin’s and Jeffrey Sachs' experiment in “shock therapy”, I saw how the brutal deregulation of the economy had left many starving in poverty. I also saw the oligarchy that today, under the arch-nationalist, Vladimir Putin, holds power, being built on a policy of unrestrained privatisation. It struck me then that the opening of the world's largest McDonald's, inaugurated in 1990 with pomp and splendor in Moscow, bizarrely mirrored the Soviet flag hoist over Berlin in 1945.

It proved a salutary insight. Now, when we read that nationalism and the extreme-right is rising in East Germany, we should recall François Mitterrand's cautious words to his friend Helmut Kohl about the dangers of rushing the absorption of East and West Germany into a single state in 1991.

There could, though, have been another way; for freedom could have been combined with equality and social justice. That was, after all, the model that had transformed the European Union into the ideal to which those who had freed themselves from totalitarianism aspired.

With the defeat of the communist model, it had become clear that the suggestion that equality could be guaranteed without freedom was no more than a delusion, for it is only through freedom that equality and social justice can be achieved. Sadly, even though freedom has brought about enormous progress in achieving equal rights since the fall of the Wall, social inequalities have become much worse.

Today, populist politicians are the heralds of inequality, with their defence of white supremacy, their attacks on women and minority rights, and their hate-speech towards migrants and Muslims. Even worse, they are in power in critical democratic countries including the United States.

Yet there is no point in continuing to debate whether freedom or equality should prevail. What the fall of the Wall and the last thirty years should have taught us is that without freedom there is no equality, and without equality freedom is fragile and vulnerable.

The European Union is still our greatest hope, but only if political Europe can become a community of values, enshrined, as Edgar Morin proposed at the IEEI Lisbon Conference in 1993, in a destiny seeking a ‘community of shared humanity'.

Alvaro de Vasconcelos, Chevalier of the Order of the Légion d’Honneur (France), and a Comendador do Ordem do Rio Branco (Brazil), is a prolific writer, author and columnist in the  Portuguese and international press. His last book 25 de Abril no Futuro da Democracia ( 2019) deals with the Portuguese revolution and the future of democracy.

China’s “Health Silk Road” Offensive: How the West should Respond