China and Russia to Hold Large Scale Military Exercise: A Marriage of Convenience 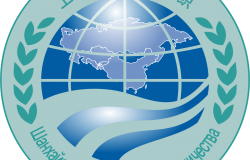 In times of conflict with the US, China and Russia significantly step up ties in the defence sphere. Is a Sino-Russian alliance threatening the liberal world order?

In September, the Shanghai Cooperation Organisation (SCO), a regional security organisation led by China and Russia, is holding its eighth joint military exercise in the Sary-Arka region in Kazakhstan. The drill is taking place one year after Chinese soldiers for the first time joined Russia’s largest military exercise since 1981, and constitutes the second time that the four major military powers in Eurasia – China, Russia, Pakistan, and India – along with four Central Asian states participate in a large-scale military drill.

In times of rising conflicts between the U.S. and China, Russia and even U.S. allies, as well as the current world-wide challenge of what is commonly referred to as the U.S.-led liberal international order, the increasing bilateral and multilateral cooperation between Russia and China, and their apparent promotion of an international order alternative to the U.S.-led system have been warmly received by other non-democratic governments. The Western democracies should make sure to remain a credible and available ‘alternative’ partner for those states wary of a Sino-Russian dominated order.

A marriage of convenience

The Sino-Russian rapprochement neither presages an imminent military alliance nor should it be seen as being part of a secret plot to overthrow the current international system, as some other reports seem to implicate. For this, the two states are way too suspicious of each other and still too dependent on decent relations with the U.S. and Europe. Instead, the Sino-Russian relationship should be understood as a marriage of convenience, which cunningly highlights the partners’ commonalities, while hiding their disagreements. Still, it should be assumed that the Sino-Russian relationship will only strengthen further as a consequence of both states’ continuing issues with the U.S. In this context, the two powers already share a common aspiration of an international order dominated less by the prevalent norms and values championed by the West, and strive for a larger influence of their own vision of a ‘fair world order’.

The increasing attractiveness of Chinese and Russian attitudes towards international issues owes a lot to the Trump factor. The U.S. President’s irritating policies towards the country’s rivals as well as its allies have made it easy for Xi and Putin to present themselves as credible, predictable and responsible alternatives to an unpredictable and unreliable Trump. All of a sudden, we see China and Russia calling for compliance with international contracts, or reminding leaders of the need to walk the talk in taking up climate change. As much as it is encouraging that these two powerful states are pushing for the adherence to international agreements, other ‘values’ promoted by them are less appealing for governments advocating democracy and human rights.

Naturally, both Russia’s and China’s own poor human rights record directly affect the values they promote internationally, which above all is the assertion that state sovereignty trumps human rights. The Bertelsmann Transformation Index (BTI) country report on Russia states that “Russia’s leadership views all aspects of domestic policy, including human rights issues, as its exclusive domain to be protected from any foreign involvement”. In a similar vein, China does not allow any critique of its human rights record, which it regards as its own internal affair. Recently, it reportedly succeeded in getting 37 states to back its policies in Xinjiang in a letter sent to the U.N. Human Rights Council as a response to an earlier condemnation of its severe human rights violations in the northwestern region by 22, primarily European, countries.

The other side of the coin is that China and Russia are more than happy to cooperate with repressive state leaders, irrespective of their style of government. This disinterest in their partners’ human rights records is naturally welcomed by autocratic leaders all over the world and allows close cooperation between them.

Many governments have expressed interest in closer relations with China and Russia, for instance within the framework of the SCO, the organisation holding its military exercise in September. The majority of countries affiliated with or interested in cooperation with the SCO are characterised as either moderate or hard-line autocracies by the BTI, including already affiliated governments such as Iran, Belarus and Azerbaijan, and applicant states such as Syria, Egypt, Iraq and Bahrain. For many governments, the SCO interpretation of human rights, terrorism or even interstate relations seems to be viewed as an alternative to the Western model and their mutual backing greatly increases China and Russia’s confidence to more assertively push for more leverage in international issues. The attractiveness of the SCO as an alternative to Western models becomes especially evident considering Turkey’s president Erdoğan’s reported contemplation of joining the SCO in lieu of the EU. Imagine a NATO member state participating in a joint military exercise alongside China, Russia, Pakistan and possibly Iran.

Alternative interpretation of the global order

However, this gloomy picture must be qualified. As mentioned earlier, fears of a Sino-Russian alliance against the West or an overall demise of the U.S.-led liberal world order are overblown. Besides their mutual suspicion, both states are aware that an escalation of conflicts with the U.S. (or the EU) would not be in their interest. On top of this, many governments still look at the two giants with suspicion and continue to be more interested in cooperation with democratic states.

Lastly, in particular China has greatly benefited from the current international system and is not expected to be trying to replace the global order that facilitated its own rise. What we can see in Sino-Russian cooperation is thus not an attempted subversion of the current order, but instead an emerging alternative interpretation of it. Still, in order to uphold relations with and influence on states currently flirting with more autocratic government modes, the U.S. and Europe must find back to at least some of their former unity to keep their attractiveness and defend their values at times of China and Russia's increasingly assertive behaviour.

Eva Seiwert is a doctoral candidate at the Graduate School of East Asian Studies (GEAS) at the Freie Universität Berlin. Her research focuses on China’s foreign policy towards Central Asia, in particular within the context of the Shanghai Cooperation Organisation.

Focal Times and Spaces: How Ethnography Foregrounds the Spatiotemporality of International Organizations and Global Governance