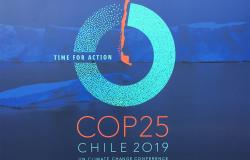 Tackling climate change numbers among the most pressing issues for governments worldwide. But after the United Nations struggled to even find a host for its upcoming international climate meeting, will domestic politics limit its success?

Even before global leaders travel to the United Nation’s annual climate conference from December 2-13, domestic politics have already cast a shadow over the important gathering. Ever since the United Nations Framework Convention on Climate Change (UNFCCC) in the early 1990s, the difficulties of collectively curbing carbon emissions have been evident. But the 25th Conference of the Parties (COP25) has stumbled to even leave the starting blocks.

The Conference of the Parties, the top decision-making body within the UNFCCC, sees leaders and stakeholders come together every year. This December meeting is just one year away from the deadline for parties to meet current emissions commitments and to present new targets for 2030. The fact that the conference’s venue had to be changed twice anticipates severe risks to the achievement of such goals.

Initially set to take place in Brazil, COP25 had to find a new host after President Jair Bolsonaro reneged on the country’s commitment made by his predecessor. The new government claimed that Brazil could not afford to host the conference, given its dire fiscal situation. Undeniable budgetary restrictions apart, the current administration has never hidden its skepticism towards the science of climate change and the need for stringent action to address it. Like several other populist far-right leaders, Bolsonaro uses the topic of climate change to advance an anti-globalization rhetoric that frames international cooperation efforts as an imminent threat to national sovereignty.

After Brazil’s withdrawal from its commitment to host COP25, Chile stepped in. The Chilean exercise of regional and global leadership was not surprising given its credibility with the international community. As the Bertelsmann Transformation Index (BTI) report on Chile highlights, the country is part of numerous bilateral and multilateral agreements in a wide range of areas and enjoys excellent reputation all over the world. The Chilean vocation for global preeminence is reflected on its International Cooperation score, an indicator calculated by BTI that grasps the extent to which “the country's political actors are willing to cooperate with outside supporters and organizations". Chile is one of the four countries in the BTI data scoring a maximum for International Cooperation. This is not a minor achievement: while the International Cooperation index has been declining both regionally in Latin America and globally over the past decade, Chile has clocked up improvement in this area.

In addition to its outstanding international reputation, Chile is known as a stable, market-friendly democracy, and increasingly committed with environmental policy. The country has been the first in South America to adopt a carbon tax, for instance. Hosting COP25 thus seemed a natural step to follow from these developments. Therefore, when protests against an increase in public transportation fares broke down in the country around mid-October, the world was taken by surprise.

Events quickly escalated, leading to the death of eighteen protesters and the arrest of thousands. After a difficult start, President Sebastián Piñera’s government announced concessions in an attempt to appease manifestations. However, the gesture was followed by another massive wave of protests, which led over one million people to the streets of Santiago. The rather unpredictable scenario led the government to ultimately communicate the cancellation of COP25.

Anticipating Chile’s social unrest was not obvious, but as the 2020 BTI’s outlook for the country indicates, the political challenges associated with meeting the demands of a strong middle-class society loomed large in the horizon. The decentralized, diffused character of protests makes it difficult for the government to deliver solutions. The decision to cancel COP25 has not been taken lightly by the Piñera administration, but few other options were available, if any.

A few days after Chile’s cancellation, Spain announced it had agreed to host the  meeting. The Executive Secretary functions will remain with Chile under the leadership of Ms. Patricia Espinosa, who has declared COP25 to be “the COP of ambition”. Now in Madrid, governments will be picking up from where they left off last year in Katowice, Poland, where COP24 was held. In Katowice, a three-year effort culminated in the adoption of a 156-page rulebook that effectively implements the Paris Agreement and makes it operational.

The progress seen at the end of COP24 was important, but mostly technical. At COP25, the expectation is for a strong comeback of highly politicized discussions, as the recent developments around the event itself have already made clear. Overshadowing discussions, the U.S. in early November officially began the year-long process of officially withdrawing from the Paris Agreement.

Within the upcoming talks, delegates will focus on finding common ground for rules on carbon trading, on how to finance mitigation efforts to reduce current emissions and on how to fund adaptation initiatives aimed at lowering the impact of climatic changes. What began as an ambitious international climate meeting now looks to set to struggle to hammer out effective progress, given the constraints posed by domestic pressures on governments worldwide. Political instability and social unrest at home will make it difficult for countries like Chile and Spain to prioritize climate change action. Such circumstances should then make it easier for skeptical governments, like Brazil and the United States, to shirk their responsibilities towards the collective effort that the COP requires. More than ever, key committed governments, representatives of civil society and stakeholders from the private sector will have to join forces to try to prevent the most catastrophic climate-change scenarios from becoming reality.

Carolina Moehlecke is an adjunct professor at the School of International Relations at Fundação Getulio Vargas (Brazil) and a PhD candidate in the Department of Government at the University of Texas at Austin. Her research focuses on the role of private businesses in the emergence and diffusion of international regulation in areas like environmental protection and public health.