Solve Suffering by Blowing up the Universe? The Dubious Philosophy of Human Extinction 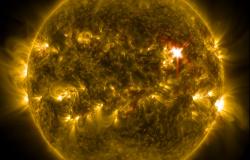 At a time when humans are threatening the extinction of so many other species, it might not seem so surprising that some people think that the extinction of our own species would be a good thing. Take, for example, the Voluntary Human Extinction Movement, whose founder believes that our extinction would put an end to the damage we inflict on each other and ecosystems more generally.

Or there’s the South African philosopher David Benatar, who argues that bringing people into existence always does them harm. He recommends we cease procreating and gradually desert the Earth.

But humans aren’t the only beings to feel pain. Non-human animals would continue suffering without us. So, driven by a desire to eliminate suffering entirely, some people have shockingly advocated taking the rest of nature with us. They recommend that we actively abolish the world, rather than simply desert it.

This disturbing and extremist position goes surprisingly far back in history.

Around 1600 years ago, Saint Augustine suggested that humans stop procreating. He endorsed this, however, because he wanted to hasten the Last Judgement and the eternity of joy thereafter.

If you don’t believe in an afterlife, this becomes a less attractive option. You’d have to be motivated exclusively by removing suffering from nature, without any promise of gaining supernatural rewards. Probably the first person to advocate human extinction in this way was Arthur Schopenhauer. He did so 200 years ago, in 1819, urging that we “spare” the “coming generations” of “the burden of existence”.

Schopenhauer saw existence as pain so he believed we should stop bringing humans into existence. And he was clear about the result if everyone obeyed: “The human race would die out.”

But what about the pain of non-human animals? Schopenhauer had an answer, but it wasn’t a convincing one. He was a philosophical idealist, believing that the existence of external nature depends on our self-consciousness of it. So, with the abolition of human brains, the sufferings of less self-aware animals would also “vanish” as they ceased to exist without us around to perceive them.

Even on Schopenhauer’s own terms, there’s a problem. What if other intelligent and self-conscious beings exist? Perhaps on other planets? Surely, then, our sacrifice would mean nothing; existence and painful perception of it would continue. It fell to Schopenhauer’s disciple, Eduard von Hartmann, to propose a more complete solution.

Hartmann, born in Berlin in 1842, wrote a system of pessimistic philosophy that was almost as lengthy as his impressive beard. Infamous in his own time, but completely forgotten in ours, Hartmann proposed a shockingly radical vision.

Writing in 1869, Hartmann rebuked Schopenhauer for thinking of the problem of suffering in only a local and temporary sense. His predecessor’s vision of human extinction “by sexual continence” would not suffice. Hartmann was convinced that, after a few aeons, another self-conscious species would re-evolve on Earth. This would merely “perpetuate the misery of existence”.

Hartmann also believed that life exists on other planets. Given his belief that most of it was probably unintelligent, the suffering of such beings would be helpless. They wouldn’t be able to do anything about it.

So, rather than only destroying our own kind, Hartmann thought that, as intelligent beings, we are obligated to find a way to eliminate suffering, permanently and universally. He believed that it is up to humanity to “annihilate” the universe: it is our duty, he wrote, to “cause the whole kosmos to disappear”.

Hartmann hoped that if humanity did not prove up to this task then some planets might evolve beings that would be, long after our own sun is frozen. But he didn’t think this meant we could be complacent. He noted the stringency of conditions required for a planet to be habitable (let alone evolve creatures with complex brains), and concluded that the duty might fall exclusively on humans, here and now.

Hartmann was convinced this was the purpose of creation: that our universe exists in order to evolve beings compassionate and clever enough to decide to abolish existence itself. He imagined this final moment as a shockwave of deadly euthanasia rippling outwards from Earth, blotting out the “existence of this cosmos” until “all its world-lenses and nebulae have been abolished”.

He remained unclear as to exactly how this goal would be achieved. Speaking vaguely of humanity’s increasing global unification and spiritual disillusion, he hinted to future scientific and technological discoveries. He was, thankfully, a metaphysician not a physicist.

Indeed, so long as there are intelligent beings around, there’s at least the opportunity for a radical removal of suffering. Philosophers such as David Pearce even argue that, in the future, technologies like genetic engineering will be able to entirely phase it out, abolishing pain from the Earth. With the right interventions, Pearce contends, humans and non-humans could plausibly be driven by “gradients of bliss”, not privation and pain.

This wouldn’t necessarily need to be a Brave New World, populated by blissed-out, stupefied beings: plausibly, people could still be highly motivated, just by pursuing a range of sublime joys, rather than avoiding negative feeling. Pearce even argues that, in the far future, our descendents might be able to effect the same change on other biospheres, throughout the observable universe.

So, even if you think removing suffering is our absolute priority, there is astronomical value in us stickin around. We may owe it to sufferers generally.