What Star Wars can Teach Us about the Decline of Democracy 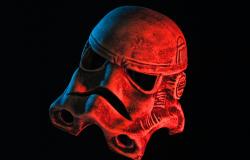 Not so long ago, in a galaxy not so far away… democracy was in danger. Our current political environment is filled with threats to democracy, from the rise of authoritarian populism around the world, to the massive expansion of state power during the COVID-19 pandemic that may never fully be undone.

As constitutional law researchers, we are interested in how these threats emerge and what can be done about them. We argue in a recent paper, that several useful lessons can be drawn from a surprising source: the Star Wars films.

You might fairly ask why we draw these lessons from Star Wars and not Weimar Germany or ancient Rome. But we think that there is an important role for culture in telling these stories in an accessible way.

Star Wars is not just a series of science fiction films, but a cultural phenomenon. Its stories resonate with countless millions. If we can use this to highlight some of the way that democracies die – and maybe help people think about contemporary political challenges in a new way – that seems like a worthwhile effort.

In the most common telling, the rise of the Empire in Star Wars is a story about the dangers of concentrating power in one person, who can then tyrannically misuse it. This lesson is always worth learning, as this threat is very real. But in fact, Star Wars also teaches a different lesson: overly weak government is a major threat to democracy.

The Galactic Republic in Star Wars is a dysfunctional political system. The senate is full of squabbling delegates that, faced with the invasion of a planet, form an investigative committee. No one has faith in the leadership. There is no military, other than the Jedi, a tiny religious order of space wizards. Even when a secessionist movement threatens the Republic with vast military force, the senate can’t agree to create an army.

It is this total failure of the political system to protect the welfare of the Republic that gives Chancellor Palpatine – who later becomes the evil emperor – emergency powers to act unilaterally. As war continues, he accrues even more power, and the senate begs him to stay in office long after his term expires. This is how the seeds of the Empire are laid: an overly weak government fails, and people turn to a strong leader.

This has been called the Publius paradox, first observed by American founding father Alexander Hamilton. If government was not strong enough, Hamilton said, leaders may have to “over-leap the bounds” imposed by law in times of crisis, which may make them impossible to control later. Binding government too tightly, for fear of creating tyrants, may indeed create tyrants.

Star Wars teaches this lesson vividly: the disorder that can come when a state is not strong enough is the perfect breeding ground for a would-be emperor to agglomerate power and be met with, as one character laments, “thunderous applause”.

Lesson 2: Commitment to law won’t save us

Literature on democratic decay often advises that states can avoid tyranny and dictatorship through commitment to the rule of law. Star Wars presents an interesting twist on this lesson: commitment to law alone doesn’t help.

Everyone in the Star Wars universe is obsessed with legality, even the bad guys. Yet it is only formal compliance with law that anyone thinks about, not the consequences of these legal actions. If Queen Amidala signs a treaty at gunpoint justifying the illegal invasion of her planet, we are tzold, the senate will think this makes it all okay. Almost no one questions Palpatine gathering more emergency powers and staying in office for far too long once this is approved by the senate.

Star Wars reminds us that we should not be misled into thinking that people using the language of law must be doing the right thing. Many autocratic and undemocratic regimes around the world wrap themselves in the law to justify their wrongful actions. To prevent the erosion of democracy, we have to look at how the law is used (and misused), and what “legal” actions do.

Lesson 3: Confusion at the apex of power leads to chaos

Finally, Star Wars shows the risk of not knowing who is in charge. In the films we see serious confusion over who is the ultimate guardian of the common good of the Republic and defender of the constitutional order: the supreme chancellor or the Jedi Council. It is clear that both consider themselves the ultimate custodian of the political community.

This ends badly, with Jedi master Mace Windu trying to overthrow Palpatine because he has “sensed” a plot to destroy the Jedi. It is unclear who, if anyone, authorised him to depose the elected head of the Republic. He then concludes that Palpatine is “too dangerous” to stand trial and tries to summarily execute him.

Star Wars shows the risk of having two rival guardians of the political order, with no means to choose between them. This constitutional tension tips over into chaos when their opposing claims meet in violence, and Palpatine uses the fact of this plot as a reason to consolidate the Republic into an Empire with him at its head.

These are important lessons to learn for anyone who wants to build and maintain a stable democratic state.

Photo by Nicolas Delafraye from Pexels