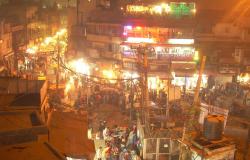 Capital: The explosion of Delhi by Rana Dasgupta. Penguin Books.

It is the story of Delhi, the city of imperial courts, colonialist city-planners and above all of administrators that in the past three decades has become the heart of Indian, and perhaps worldwide, political capitalism. The story of Delhi is a metaphor for the story of global capitalism and the energies that it unleashed, both for the good and ill.  As one would have gone to Manchester and London and later to New York to observe the effects of the Industrial Revolution, one should go to Delhi, Mumbai, Beijing, Shanghai, Jakarta to find out about the this new technological revolution.  Or, as Rana Dasgupta, says in the beginning of his marvelous book, “it is a report from the global future” (p. 45).

As one would expect from a tremendous “earthquake” brought about by Indian liberalization in 1991 and subsequent globalization, it is first of all a book of discontinuities and disconnects. Not only the obvious ones of farmers who ether leave their land in search of improbable city jobs or are driven from their land by developers; not only between the Nehruvian parents and their BMW-obsessed kids; but even geographically, it is the story of disconnect between the polished shopping malls built in the midst of squalid wilderness, of disconnect between the outside where every knavery is permitted and the inside where strict family rules are enforced. It is as if nothing had remained stable, as if persons themselves are at every moment becoming disconnected from their own pasts. 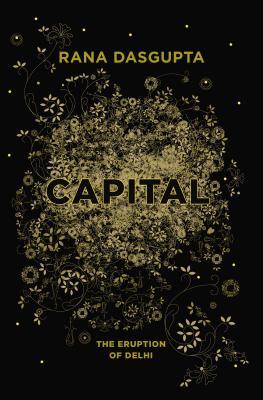 Turbo capitalism has unleashed huge heretofore thwarted energies of millions of Indians. Dasgupta tells us of people for whom work becomes most important part of lives because work allows them not only personal fulfilment in a reasonably meritocratic environment, but enables them to conquer freedom from narrow and constricted family life. This is especially true for women who virtually escape to companies, these enclaves of human freedom, far from their mothers in law, arranged-marriage husbands and family rules. Even for young men, job is a liberation of sorts, and one gets the impression that many of them would work for almost nothing—work being not a source of disutility but rather its opposite. The Indian industrial revolution too is, a nice phrase coined by Jan de Vries, above all an “industrious revolution”.

There are “business warriors”, often coming from the post-partition Punjab, for whom business is the continuation of war by other means. Amassing enormous amounts of money (and the book is littered with almost inconceivable examples of wealth) they see it, as in Weberian description of Calvinist ethic, not only as a sign of worldly worth but a premonition of even greater transcendental prizes.

But, as in Greek dramas, the same tools of self-interest that were at the origin of this immense energy, also destroy family and social connections, ethical principles and replace all values with only one, that of money. As one of  Dasgupta’s interviewees implies, in a Dostoyevskian fashion, if “there is no society, you might as well despoil it away because you cannot harm [something] that does not exist” (p.312). This leads not only to the gaudiness where “the ideal home is… a [replica of] a five-star hotel, and the ideal city seems to be an airport” (p. 118), but to generalized amorality which we can observe well in Dasgupta’s book but of which we can also read daily in any place in the world.

The second theme of the book that I find important is political capitalism. The pre-1991 corruption scandals, of which India was not shy, and even the largest one of them, the Bofors scandal, appear quaint; they pale in comparison with the true deluge of corruption unleashed after liberalization. It was wrongly believed by neoclassical economists that the removal of regulations will diminish the need for corruption. The opposite has happened in India, China, Russia, Ukraine. Government officials could now either transform themselves into business operators, or use politics as a line of business and together with capitalists work on a much grander scale than before. “Politics became a business; bureaucracy provided the structure for a particularly intense and original kind of entrepreneurship” (p. 317).

Government connections were still needed everywhere: from land ownership to telecommunication and patent rights, to insurance and drug testing, preservation of monopolies, curbing of competition. Black money stashed away in Singapore and Mauritius could be brought back as “foreign investment”. As the economy expanded and opened externally, opportunities for corruption grew exponentially, locally and worldwide. This is why Delhi, like Washington DC, became a  hub of political capitalism. It attracted thousands of lobbyists, budding capitalists, entrepreneurs-dreamers and entrepreneurs-stealers: everybody had to be present, directly or through their trusted lieutenants, in Delhi to partake in these monumental deals.

It is therefore not by accident but by an iron logic that the era of liberalization has seen the growth of administrative-political megapolises at an unheard of scale: not only Delhi, but Beijing, Moscow, Lagos, Istanbul, Jakarta. In many ways, they replicate Rome where too business and imperial elites intermingled in order to, working symbiotically, expand their wealth.

The subtitle of the book is well chosen. We are witnessing nothing less than a worldwide explosion. We do not know at all where it would take us: the chances are 50-50 whether it may take us into a world free of abject poverty and with the standard of living that was unimaginable to anyone living only a century ago, or would lead us to a nuclear or climatic cataclysm.  At the origin of both was this huge release of energy, so well described by Dasgupta, and the breaking of millennial chains “of idiocy of village life” into which people were born and where they died. But it was wrong to believe that self-interest and the “desire for human betterment” must necessarily lead us to a better world.

They are as likely to lead us into an abyss. “The system we are part of feeds on desperation. And each system that demands such levels of desperation will produce more and more disorder, and the only way to keep everything in check will be increasing militarization of the world” (p. 268).

Why We Must Debate the Future Now