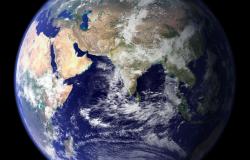 C. J. Polychroniou looks at the evidence and wonders if our leaders' ever consider that capitalism is at the core of what’s causing life on Earth to vanish.

The theme of the 51st Anniversary of Earth Day is “Restore Our Earth.” To be sure, while there has been a growing level of environmental consciousness since the first Earth Day and environmental policies have changed dramatically over the last fifty years, we are really in a race to save the planet.

As things stand, the world now faces two existential crises that threaten organized human life as we know it, and life in general on planet Earth. The first one stems from the continued presence of nuclear weapons. The second one comes from global warming. However, while a nuclear war is actually preventable, we are not sure about global warming.

Allow me to elaborate.

The world has been faced with a threat from a nuclear war since the end of the Second World War. It is an intolerable threat to humanity, and it may just be the case that we have managed so far to avoid a nuclear holocaust by sheer accident. But a nuclear war can be prevented by addressing the sources of conflict and going beyond arms control. We can actually abolish nuclear weapons.

On the other hand, global warming is a certainty. It is already happening. According to the 2020 Global Climate Report from NOAA’s National Centers for Environmental Information, the global annual temperature has increased at an average rate of 0.08 degrees Celsius per decade since 1880, but the average rate of increase since 1981 (0.18 degrees Celsius) has been more than twice that rate.

Moreover, the effects of global warming are already present and include excessive heat waves, frequent wildfires, more droughts, greater frequency, intensity and duration of hurricanes, and higher sea levels which will have profound impact on low-lying coastal areas.

The effects of global warming will also be felt most severely on all categories of human movement: displacement, migration, and planned relocation.  The data on human movement in the context of the climate emergency is already daunting. The Internal Displacement Monitoring Center (IDMC), which has been compiling data since 2008 on displacement due to natural disasters, estimated that between 2008 and 2019 there were 265 million new displacements associated with disasters such as storms, floods, and wildfires. This figure does not include estimates on displacement related to drought or estimates on migration and planned relocation  associated with the climate emergency.

The impact of human migration due to the climate crisis is expected to be simply overwhelming. A report released by the World Bank in 2018 estimates that three regions of the world (Latin America, sub-Saharan Africa, and Southeast Asia) will produce 143 million more environmental migrants by 2050.

Make no mistake, global warming is the defining crisis of our time. Climate change has always happened on planet Earth, but there is overwhelming scientific evidence that the Earth’s globally averaged temperature surface temperature has been rising due to anthropogenic factors. According to the Intergovernmental Panel on Climate Change’s (IPCC) fifth assessment report, human emissions and activities have caused 100% of the observed increase in temperature since 1950.

Global warming is human-caused and the culprit is industrial capitalism and its addiction to fossil fuels. The burning of fossil fuels (coal, oil, and natural gas) releases carbon dioxide and other greenhouse gases which trap heat in the atmosphere and contribute to temperature increases. Scientists have known for decades how exactly carbon dioxide causes global warming. Nuclear physicist Edward Teller warned the oil industry all the way back in 1959 that its product will end up having a catastrophic impact on human civilization.

Moreover, scientific studies have established a proportional correlation between global mean surface air warming and cumulative carbon dioxide emissions. Unsurprisingly, therefore, the 2010s, in which emissions from greenhouse gases grew faster over this decade than they did over the previous three decades, were the hottest decade.

So the heat is on, yet action to contain global warming has been very slow. At COP 21 in Paris, on December 12, 2015, nearly every nation on earth agreed to combat global warming by “holding the increase in the global average temperature well below 2 degrees Celsius above pre-industrial levels.” This goal is to be attained through substantial cuts in carbon dioxide and other greenhouse gas emissions. However, the Paris Agreement is a toothless climate accord. It lacks an enforcement mechanism and contains very few direct requirements. Most of the countries that signed the Paris Agreement are not on track to meet their pledge, and while some investors move away from coal, new coal-fired plants continue to be built in many parts of the developing world. Indeed, perhaps indicative of all of the above, a recent United Nations Environment Programme report suggests that we are on track for an average temperature rise well above 3 degrees Celsius.

At this stage, while a quick wind-down of fossil fuel production is absolutely critical to slow the rate of global warming, we must accept the fact that the Earth’s temperature would continue to rise over the next several decades.  At this point, even reducing carbon dioxide and other greenhouse gases to zero won’t stop global warming.

Nonetheless, zero emissions is a must if we don’t want to see human civilization crumble within a few decades from now - a distinct possibility if we don’t take immediate action this decade, according to a policy paper by the Breakthrough National Center for Climate Restoration in Melbourne.

Decarbonizing the world economy is technically and financially feasible. Leading progressive economist Robert Pollin, co-author, with Noam Chomsky, of Climate Crisis and the Global Green New Deal: The Political Economy of Saving the Planet (Verso, 2020) has advanced a detailed Global Green New Deal project which points the way we can shift to clean and renewable energy source, while stimulating growth at the same time, providing millions of new jobs, and making a just transition.

Pollin estimates that it would require committing approximately 2.5 percent of global GDP per year to investment spending in areas designed to improve energy efficiency standards across the board (buildings, automobiles, transportation systems, industrial production processes) and to massively expand the availability of clean energy sources for zero emissions to be realized by 2050. This estimate was recently corroborated by a study released from the International Renewable Energy Agency.

Pollin shows that the financing of a Global Green New Deal can be done through four large-scale funding sources: (1) a carbon tax, with 75 percent of the revenues going back to the public but 25 percent channeled into clean energy investment projects; (2) transfer funds out  of military budgets; (3) a Green Bond lending program introduced by the Federal Reserve and the European Central Bank; (4) the elimination of all fossil fuel subsidies and the transfer of 25 percent of those funds into clean energy investments

However, putting an end to the use of fossil fuels and relying instead on clean and renewable sources of energy is not the end of the story in the effort to save the planet. We also need to stop deforestation and embark on afforestation. The most recent data by the Intergovernmental Panel on Climate Change reveals that deforestation alone is responsible for about 12 percent of all greenhouse gas emissions.

Planet Earth is also confronted with a scale of biodiversity loss so great that scientists and conservationists speak of a sixth mass extinction. We are in the midst of witnessing the extinction of up to a million of species (plants and animals). Only five times before in the history of the planet have so many species been lost so quickly. However, the sixth extinction is an unnatural history, as the title and subtitle respectively of a book published by Elizabeth Kolbert in 2014 indicates, in that it is caused by human activities, related primarily to the burning of fossil fuels.

Unsurprisingly, biodiversity agreements have failed thus far to stop biodiversity loss, although by failing to do so humanity risks its own extinction.

As world leaders come together for Earth Day 2021 (April 20-22), allegedly to seek ways to “Restore Our Earth,” one wonders if the mere thought that capitalism is at the core of what’s causing life on Earth to vanish ever crossed their mind. For, in the end, saving the planet may require even more than ending capitalism’s addiction to fossil fuels. It may require an entirely new socio-economic system, one capable of sustaining the environment and respecting nature along with all life forms in it.

This is a revised article which originally appeared in Common Dreams under the title “Rescuing the Planet Is Still Possible: The Case for a Global Green New Deal” (April 18, 2021).