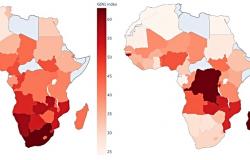 Trade can be a driver of growth, sustainable development and poverty reduction. But rather than automatic, the process requires trade policies that are dynamic, inclusive and responsive to constantly changing national, regional and global contexts. David Luke, coordinator at the UN Economic Commission for Africa, lays out the need for a repository of real-time information on current trade negotiations to track the rules that shape development outcomes.

Trade is central to development in Africa. A long history of economic thought, theory and practice underpins this proposition. However, I do not seek to interrogate the foundational principles of international trade, but rather to highlight issues that underscore the key role of trade as a driver of growth, sustainable development and poverty reduction. But this is not automatic. It requires trade policies that are dynamic, inclusive and responsive to both opportunities and constraints in constantly changing national, regional and global contexts.

There are two main pathways – public and private – through which international trade generates resources for sustainable development. Through the public pathway, governments derive revenues from international trade through taxes on imported and exported goods and services, taxes on incomes and profits from trade-related production and transactions and by directly receiving the proceeds from exports. The private pathway is through returns on investment and other transactions including remittances. Both pathways can further generate positive externalities and indirect financing for economic and social development. Both pathways, however, can also generate negative externalities, including unsustainable levels of inequality.

Trade revenues are multiple resource flows from other sources into Africa. As shown in figure 1, over the last decade export revenues have accounted for more than three times the value of remittances, FDI inflows and official development assistance taken together. Exports have been worth approximately 17 times as much as overseas development assistance, such as development aid, during this period.

Poverty and inequality in Africa is pervasive, as can be seen in figures 2 and 3. Much of this outcome can be attributed to the historical legacy and current reality of African economies undergirded by trade regimes that are mainly dependent on producing and exporting low value products (and services), often subject to severe price fluctuation. Africa, with 17% of the world’s population, accounts for about 3% of world trade.

However, until the COVID-19 pandemic struck in early 2020, mainly driven by diversification and trade expansion, several of the fastest growing economies in the world were in Africa with positive externalities on poverty reduction and other indicators of general welfare. For these countries, GDP growth rates during 2020–24 were expected to be between 6% in Burkina Faso and 8.3% in Senegal (as shown in figure 5). Even with COVID-19, African countries are forecast to retain a relatively higher degree of growth in 2020 and 2021 (as shown in figure 6).

An often-overlooked detail is that the composition of trade tends to vary strongly whether the destination of Africa’s exports is the African market or the rest of the world. As shown in figure 7, primary commodities account for more over 70% of Africa’s exports. But the share of manufactured goods in intra-African exports is about 45% with primary commodities accounting for a third.

This is why there has been so much interest in the African Continental Free Trade Area Agreement (AfCFTA), which entered into force on 30 May 2019. Analysis carried out at the UN Economic Commission for Africa shows that, if effectively implemented, the Agreement could help to boost intra-African trade. The ECA projects – on the basis of computable general equilibrium modelling – a positive effect on Africa’s overall GDP, exports and welfare. The benefits will be most significant for intra-African trade which could increase in value between 15% (US$50 billion) and 25% (US$70 billion) by 2040, depending on the ambition of the reform as compared to a baseline scenario with no AfCFTA. More than two-thirds of the gains in intra-African trade will be captured by industrial sectors with textile, wearing apparel, leather, wood, paper, vehicle and transport equipment, electronics and other manufactures expected to benefit the most. Gains in agriculture and food sectors would also be substantial, particularly for meat products, milk and dairy products, sugar, beverages, vegetables, fruits, nuts, rice and other grains.

The AfCFTA is therefore a central tenet of African trade policy. It is a continent-wide initiative for maximising value from trade, economic diversification, the promotion of intra-regional trade and a better and more stable integration into regional and global value chains. Associated policy reforms include bringing trade costs down by improving border processes and other trade facilitation measures, which are essential for productivity and competitiveness. More efficient services sectors can help to build and upgrade regional value chains. These are all key enablers for a more diverse and complex production and trade structure, for managing volatility and providing a more stable path for sustainable growth and development. These elements are now more important than ever in the wake of the COVID-19 pandemic and the demographic imperative in Africa to increase the number and quality of jobs.

Trade agreements provide the framework for the articulation of trade policy. They ensure predictability and legal certainty for the contractual commitments embodied in the exchange of goods and services. But they also shape development and other outcomes in the outworking of positive and negative externalities from trade.

In 2013, China announced a ‘Belt and Road Initiative’ which provides a mix of trade concessions and financing for trade-related infrastructure. Mauritius is negotiating free trade agreements with China and India. The USA and Kenya have announced negotiations for a free trade agreement. It is understood that in relation to African countries, the United Kingdom will roll over the EU arrangements on EBA, GSP and GSP+ pending its own negotiations of a trading framework with African countries. The UK already has agreements with Morocco, the SACU group, Tunisia and a group of Eastern and Southern African countries (Madagascar, Mauritius, Seychelles and Zimbabwe).

The central role of trade in development requires that trade policies, trade agreements and concessional arrangements are monitored, assessed and analysed in relation to positive and negative externalities. Key issues for analysis range from structural changes to the economy, regional imbalances, and poverty to employment, decent work and gender equality, and from technological change including digitalisation to public health and climate change.

There is a good case for independent work that (1) systematically monitors trade negotiations in which African countries are engaged (2) assesses the impact of trade agreements and policies in Africa and (3) identifies practical policy measures and other changes to improve the developmental impact of trade. An emerging question that also deserves attention is, how will the UK’s new trade policy affect Africa and other developing countries?

The LSE Firoz Lalji Africa for Centre is well placed to become a repository of real time information on current trade negotiations through which African countries are engaged via an Africa Trade Negotiations Monitor. It will allow not only trade experts and policy makers but the whole community of scholars to keep track of the trade rules that shape development outcomes. This can be complemented with analytical work on trade policy impacts with a view toward the publication of an annual Africa Trade Year Book.

This first appeared on Africa @LSE.