Cities and Corruption: The Elephant in the Room Blocking the Way Towards Inclusive Cities 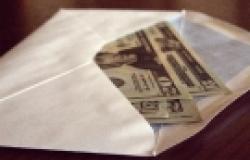 At Habitat III there has been much talk about empowering local governments so that they can play a more developmental role towards creating opportunities for more inclusive cities. However, little discussed - and yet ever prevalent - is the barrier corrupt governance poses to the realisation of cities that work for all.

A side event run by transparency international undertook an important step towards filling the void on anti-corruption measures, recognisng the catalytic impact these policies can have towards urban development. This session highlighted the necessity of removing corrupt and unethical practices for creating more inclusive cities across the globe. But in hearing this the question what struck me was, why has so little attention at Habitat III been given to this very critical issue? Surely alarm bells should be ringing here.

Transparency International estimate that one in four people around the world will have paid a bribe in the last 12 months, often simply for the right to access basic services. In Africa, for example, one in three have been asked to pay bribes for access to land services, often faced with the threat of eviction. And this is not just a problem for the developing world. Evidence closer to home shows that 36000 properties in London are owned by shell companies, which facilitate tax avoidance - the recent scandal of the Panama papers serves as an illustrative example of this kind of corruption. These statistics should be all the alarm bells we need.

One answer to the question may be that corruption networks are often on such a grand scale that they pervade national government so deeply that local actors feel there is little they can do to alter this order of things. However, as Slovakia has shown, this is not necessarily true.

Slovakia has one of the worst records on corruption within the EU. Municipal-level changes, however, have begun to turn this record around, removing the corrupt practices which plague public procurement in many cities. Beginning with demands from the opposition party for the release of information on how public money was being spent, local elections were won on the back of the outcry the release of this information brought. This paved the way for a series of anti-corruption policies, which quickly spread across municipalities in Slovakia, eventually finding their way into national policy.

All publically procured contracts now require publication in Slovakia, and as a result there is now a much higher level of competition for public procurement contracts. This means improved public service provision and more effective infrastructural projects; both are key drivers of inclusive urban prosperity.

Publishing information on which individuals and business do not pay taxes in Slovakia has meant increased tax revenues are now being witnessed. This is a source of important local government empowerment, allowing them to play the developmental role many have been calling for.

City-level change has also been achieved in the São Paulo real estate market, which has been a key sector for facilitating tax avoidance and money laundering, through purchasing real estate via shell companies. Not only does this deprive local governments of important tax revenue, but can also result in gentrification in cities. As with the Slovakian case, greater transparency has been seen as the solution. In 2014, Transparency International and the City of São Paulo signed an agreement for opening up the city’s real estate property register in order to deter speculation and corruption.

These cases hold important lessons to be learned. But until the necessity of anti-corruption reforms in the implementation of the NUA is more widely recognised, many cities will struggle in their capacity to deliver on inclusive cities that work for all, and not just corrupt officials, tax avoiders, and ruling parties. Public Services International have made anti-corruption one of their top 10 priorities for the implementation of the NUA. For truly inclusive cities many more need to follow suit.

Aidan Kidder (@theekidder) is a final year undergraduate in Economics and Politics. During Habitat III he will focus primarily on the New Urban Agenda’s commitment towards sustainable and inclusive urban prosperity with opportunities for all, and efforts to tackle the problem of growing inequality and poverty within cities. To keep up to date with the GLI team’s commentaries and policy pieces from HABITAT III, or for outputs by GLI teams at other international events please see here.