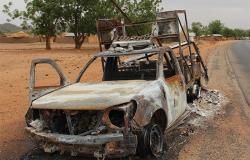 Extant studies of armed conflicts―terrorism, war, and insurgency―tend to be embedded in a ‘sedentary metaphysics’ à la Liisa Malkki. In other words, they are tendentiously a-mobile and obsessed with fixity, treating armed violence and conflict actors as fixed in seemingly ungoverned or ill-governed spaces. Even when the mobility-security nexus is investigated by security researchers―and these researchers tend to be concentrated in advanced economies in Europe and North America―there is almost always a bias toward the protection of borders and the restriction of migrants’ movements in order to prevent the infiltration of terrorists in societies in the Global North. The constitutive role of mobility in conflict and security studies in terms of how conflicts and mobilities are mutually imbricated has thus been neglected. Daniel Agbiboa’s book―which largely draws on his ethnography of terrorism and counterterrorism in the Lake Chad region―fills this gap by bringing the New Mobilities Paradigm into conversation with Boko Haram terrorism, a longstanding insurgency that perturbs Nigeria, Cameroon, Chad, and Niger. 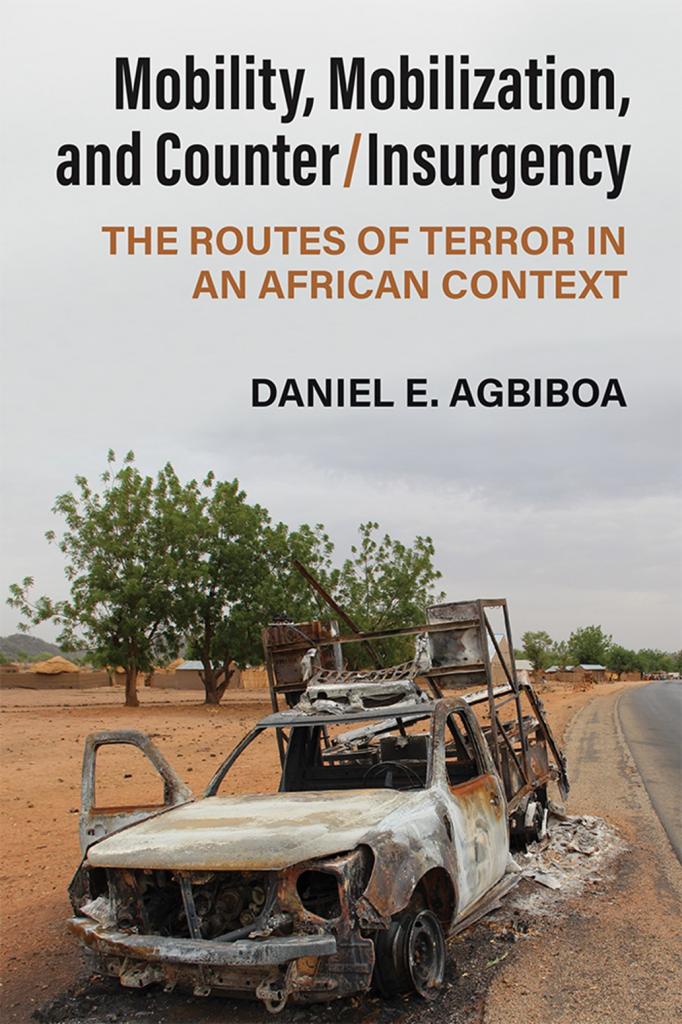 Agbiboa commences his investigation of the mobility-conflict nexus by problematising mobility and showing how the concept is an assemblage of movements. In this sense, there are at least two intimately intertwined kinds of mobility: physical mobility (the movement of people and things) and social mobility (the movement of people through social classes). Agbiboa weaves these two forms of mobility together in his discussion of Boko Haram terrorism. He shows how Boko Haram largely stems from the existential immobility of youths of varied backgrounds in Nigeria’s northern region (a region that is significantly impoverished relative to the southern regions of the Nigerian state.) For example, Boko Haram’s fighters are typically motorcycle riders and almajiris (children from poor homes attached to Islamic schools) at the fringes of society with little or no social, cultural, or economic capital. According to Agbiboa, Boko Haram’s founder Mohammed Yusuf’s critique of the corrupt Nigerian state appealed to these existentially immobile―and vulnerable―men by providing resources that enabled them to advance on the social ladder: men who lacked the resources to marry were assisted; unemployed men were taught various skills to eke out an existence; children’s education were covered by Yusuf; and so on. Put simply, the state’s functional gaps were filled by Boko Haram. It is therefore unsurprising that a survey of the responses of the majority of repentant Boko Haram terrorists shows that they were motivated by the economic opportunities that membership in the terrorist group provides its fighters.

In much the same way that social immobility is largely responsible for the appeal of Boko Haram’s radical Salafi-jihadi ideology to marginal men, Agbiboa opines that the trigger for the Boko Haram activities was Borno state’s imposition of the Motorcycle Helmet Law in 2009 that incensed sect members who made a living out of riding motorcycles. Sect members saw the widespread abuses of motorcycle riders by law enforcement agencies as a microcosm of the deep-seated malaises of the Nigerian state that should be overthrown and replaced with a humane―Islamic―state. Agbiboa underlines that the violent confrontations between sect members and law enforcement agencies regarding the use of helmets for motorcycle riders not only led to the extrajudicial murder of Yusuf but also radicalised the terrorist group. Indeed, in the aftermath of Yusuf’s death, sect members went underground, regrouped―and, beginning in 2010―launched attacks on security agencies in Nigeria and in neighbouring states in the Lake Chad region.

Agbiboa moves beyond the roots and triggers of Boko Haram terrorism to highlight the routes of the insurgency―that is, how the counterterrorism measure of the state in collaboration with local vigilante groups in the region is a mobile warfare based on the state’s attempt to immobilise the terrorist group. Put simply, immobilisation is the logic of the state’s war on terror in the Lake Chad region. This is due in large measure because the terrorist group weaponises transportation and mobilities. On the one hand, Boko Haram terrorists are extremely mobile as they employ motorcycles and automobiles to launch attacks on civilians and security agencies. The terrorist group also attacks motorists and travellers, kidnapping, looting, and slaughtering suspected members of the vigilante groups that challenge its sovereignty or relay information about the terrorist group’s members to law enforcement agencies. Agbiboa opines that the ability of the terrorist group to appear and disappear without a trace as a consequence of its weaponisation of mobilities makes it very lethal so that local residents tend to be terrified of the terrorist group. On the other hand, the Nigerian state counters Boko Haram by instituting several checkpoints to monitor suspected terrorists’ incursions into local communities and by criminalising the use of motorcycles in the region, without providing alternatives for people who depend on motorcycles for daily sustenance. In places―and there are many of them in the region―where the state is relatively absent, Agbiboa avers that the vigilante groups―there are male and female vigilante groups―have taken up community protection as an occupation from which they eke out a bare existence despite the precarities of their mandate. And, finally, those who can no longer ride motorcycles for a living because of the government’s ban have been further immobilised with little or no resources to cater to their personal and family needs.

I suspect that the weakness of Agbiboa’s book lies in the fact that it hardly provides any policy prescriptions as to how the Boko Haram terrorism―and terrorisms in general that rely on the intersecting mobilities that the book lucidly captures―could be brought to a halt with the same theoretical framework used to explore the conundrum. An alternative way of putting it is that Agbiboa has―to borrow Marx’s phrase―succeeded in interpreting the world the way it is with little or no recommendations regarding how to change it. Of course, Agbiboa could counterargue that his is an analytical work; that his research is directed not so much to policymakers but to academics; or, in the extreme case, that he is not a policymaker, but that politicians and legislators could draw useful policy ideas from it. It seems to me, however, that research of such significance is quite incomplete without practical recommendations about how the ideas packed in the book can be utilised to ameliorate issues in the real world. But this critique is not an indictment of the book but an endorsement of its potentials to contribute to policymaking within and beyond the African context. Agbiboa’s merging of ethnographic details with archival data as well as his professional command of multifarious sources on the Boko Haram insurgency is outstanding. He has written an exceptionally lucid book on the roots and routes of terrorism and counterterrorism that makes a seminal contribution to the fields of mobilities research, peace and conflict studies, political science, international relations, geography, and sociology. Indeed, it traverses disciplinary boundaries thematically and methodologically. I highly recommend Agbiboa’s book to anyone interested in the nexus between mobility and conflict.

Promise Frank Ejiofor is a doctoral student in Development Studies at the University of Cambridge, where he is a Gates Cambridge Scholar. He holds an MPhil in Social Anthropology from Trinity College, University of Cambridge, and an MA in Political Science from Central European University (CEU) in Austria. His research interests lie at the intersection of nationalism, citizenship, ethnic politics, and international security. His research articles are published in Ethnopolitics, Critical Studies on Terrorism, African Security, Conflict, Security and Development, The RUSI Journal, Nationalities Papers, and Peace Review: A Journal of Social Justice.