Capitalism is Losing Support. It is Time for a New Deal 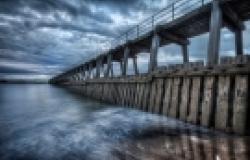 Zac Tate outlines the basis for a new deal.

The financial crisis has led many to question the legitimacy of capitalism. The verdict, 10 years on, has not been favourable. In an opinion poll by YouGov, three-quarters of German adults, two-thirds of Britons and over half of Americans believe that, “the poor get poorer and the rich get richer in capitalist economies”.

Their sense of injustice is not only a reaction to bank bailouts, years of austerity and corporate scandals. The challenge is fundamental. There is a growing awareness in the rich world that most of the benefits of technology and globalization flow to people who own investible capital and to the well-educated, while the costs are borne by unskilled workers, local producers and people who have little property and savings.

The problem, however, is not capitalism itself. Instead, the issue lies with policies that extended the role of the free market beyond sensible limits. These have undermined the essential bargain between labour and capital, and pushed those with few assets into precarious working lives.

Rawer forms of capitalism are unsustainable if too many people do not have capital. Restoring faith in the system requires making amends, and rethinking how capitalism creates and distributes value.

The costs of market liberalization

The end of the Bretton Woods period of capital controls in 1973 and the removal of trade barriers in the 1990s established the modern system of free-market globalization. At the same time, domestic policy, particularly in the United States and United Kingdom, deepened the influence of the market on social life. There were restrictions on the activities of trade unions, deregulation in product and labour markets, and reductions in the size and role of the state.

Well-intentioned policymakers believed that the benefits and costs of free market policies would be shared equally. That belief was wrong because it elided the fact that many people own little more than their skills and their time, and the free market doesn’t guarantee a use for them.

A recent study by Daron Acemoglu and Pascual Restrepo found that one robot in the US replaced roughly six workers between 1993 and 2007. However, the effects were much greater for those without a college degree, and who worked in low-paid, blue-collar industries. Many of those who lost their jobs have left the labour force entirely. Some voted for Donald Trump.

On free trade, Shusanik Hakobyan and John McLaren observe that blue-collar workers most exposed to NAFTA – a free trade agreement between the US, Canada and Mexico – saw their wages between 1990 and 2000 grow by 17 percentage points fewer than those who were not.

In the same decade, total returns from the S&P 500 stock index rose by over 250% in real terms.

Had blue collar workers been significant holders of company stock, they would have been insured against the risk of losing their job and would have resources to fund the cost of retraining. But not only have the poorest Americans had no capital; they have fallen into debt. Median net wealth in 2016 for the poorest quarter was negative (-$14,000), according to the Federal Reserve.

Policies have exposed people to the lottery of free markets without giving them fair chances of improving their situation. Inequality has increased, and many people are unambiguously worse off. As a result, free market capitalism has been losing consent.

In this situation, demands for fairness have centered around two ideas. Either there must be a significant redistribution of wealth so that everyone has a fair stake in the economy. Or policymakers must reintroduce protections against market forces for those without the insurance of investible capital. Thomas Piketty, in his bestselling book Capital, advances the first solution;

Dani Rodrik, in Straight Talk on Trade, promotes the second.

Each of these should be considered as parts of a new deal on capitalism. But there is also a third strand that looks to the future and responds to the thirst for something new. It says that capitalism itself must be redesigned. Private enterprise and public policy need to be realigned to the creation of public value and this requires changing how we think about economics.

Bringing the state back

That is the thesis of Mariana Mazzucato, who last month launched the Institute for Innovation and Public Purpose at University College London. Mazzucato claims that recent economic thought is out of touch with how capitalist systems actually produce value. While the rich discipline of economics is about much more than the ideal free market, its core models still formalize the idea that wealth is produced almost entirely by competitive private companies. This encouraged policymakers to advance free-market policies that overlook the importance of other institutions and stakeholders.

Understanding capitalism, however, requires seeing that economies are embedded within social and political institutions. It involves studying the evolving networks between economic actors and identifying historical path dependencies.

This broader approach explains why in Germany, for example, automation has increased job security and globalization has increased employment. Legal pacts between workers’ councils and employers since 1920 enshrine the practice of Mitbestimmung, which motivates business strategies that make machines compatible with workers instead of substitutes for them.

In 2016, together with Michael Jacobs, Mazzucato published Rethinking Capitalism, a collection of articles from distinguished thinkers who challenge the conventional wisdom on a range of topics from fiscal policy to inequality. It concludes that many of our economic theories are not only inadequate but lead to poor policies that often have harmful impacts.

Mazzucato argues that to nurture public value, the state has a key role to play. The state uniquely has the time-horizon and the financial and organizational capacity to create and shape new markets. Embedded in the innovation process with firms and research institutes, it can also influence both the rate and direction of technological development.

In the 1960s, the US government kickstarted the information and communications technology industry, financing the research that led to its most basic technologies – the internet and GPS. The US Small Business Administration provided risky but essential early-stage capital to Apple, Compaq and Intel. The FAANG companies (Facebook, Amazon, Apple, Netflix and Google) dominating today’s economy are the children of these decisions.

As Dmitri Zenghelis and Carlotta Perez suggest in Rethinking Capitalism, if we have any hope of meeting global emissions targets and delivering sustainable and inclusive growth, we need more than just clean energy. We need to reduce the material density of the whole economy. This means creating new business models that focus on durable products, maintenance-as-a-service and remanufacturing. On the consumption side, it means promoting renting over owning, and broadening the sharing economy.

While the downstream benefits for new and existing businesses would be large, the market cannot manage the transition by itself. The intensity of hydrocarbons in the economy, the cost of replacing the infrastructure of mass production, and the preference for short-term profits create strong incentives for the status quo.

Governments therefore need to take the initiative, helping companies with the upfront costs of resetting production systems and rethinking how we build cities and move goods and people around. Business departments need to establish ecosystems for collaboration and expand the role of state investment banks.

Supporting green technologies and companies is already the focus of state-departments such as ARPA-E in the United States and Germany’s KfW, a state investment bank. In 2010, Tesla received a $465 million loan from the US Department of Energy to develop its Tesla S model; in 2013, the company repaid it in full, 10 years early. Between 2012 and 2016, the KfW invested €80 billion in energy efficiency projects and €23 billion in renewables. It is taking a lead in high-risk, capital-intensive technologies that are unattractive to private investors, such as offshore wind.

The financial rewards from green growth can build public wealth. The state could establish public wealth funds that manage royalties from the technologies it sponsors and returns from shares held in green companies.

To see how impactful this approach can be, look to Norway, whose sovereign wealth fund recently rose above $1 trillion, standing at $190,000 for each citizen. By asserting state ownership over Norway’s oil reserves in 1960, Norway’s prime minister, Einar Gerhardsen, made the single most important decision that led to his country’s becoming one of the world's richest, happiest and most stable states. It shows that capitalism can work – if people have capital.

A shift to a global economy built on green growth promises a number of additional benefits. Not only would it restart growth in advanced economies, creating jobs for those displaced by technology. It would also open the door to sustainable prosperity for the global South. Early deaths attributable to pollution, currently about 9 million each year, would fall. Geopolitical tensions that exist because of the uneven distribution of fossil fuels would ease. Push and pull factors driving migration to the North would weaken. And capitalism’s most serious long-term problem – anthropogenic global warming – would be addressed.

Together with a tax regime that reduces excessive inequality, and a rethink on the boundaries of global markets, a commitment to green growth can ensure that more people have an interest in the capitalist system. They are the basis for a new deal.

GameStop: Wall Street Short Sellers are Not Villains but Reddit Traders should be Totally Free to Attack Them