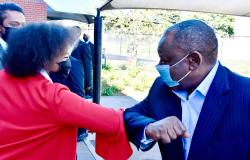 It doesn't take a crystal ball to foretell the catastrophe awaiting the continent. But how did it get to this, and how do we get out of it?

Nobody in the world, least in Africa’s busy daily informal sector activities, could have imagined that a virus would directly impact their lives in such a devastating manner. Due to incapacitated healthcare systems, the continent of 1.3 billion people is not new to millions of deaths to lethal yet preventable diseases like cholera, TB and malaria. Most people never even knew about a place called Wuhan in China, where the deadly COVID 19 virus was first reported in December 2019. The after effects of the pandemic will this year plunge sub Saharan Africa’s economies into a recession for the first time in 25 years according to the World Trade Organisation (WTO). The impact on already vulnerable countries figures to be more profound, not least because governments in these countries cannot avail themselves of the fiscal and monetary tools employed in industrialized countries.

Governance still leaves a lot to be desired, as corrupt political actors use the route of state office to amass wealth. It is no wonder most African leaders seek treatment abroad because they know that their countries’ public health systems have all but collapsed. But just how did Africa find itself in such a gaping social services and healthcare deficiency cesspit? A quick glimpse into current realities will provide more perspective.

Africa's first diagnosed case of COVID-19 was reported in Egypt on February the 13th.

Early index cases show that the virus was imported into African countries by travelers either returning home or visiting, from the USA, Asia and Europe. A disturbing trend of local transmission is emerging from the majority of COVID 19 cases being identified and reported.

Optimists posit that the high prevalence of BCG vaccinations, a younger population demographic and a hot climate could be reasons why the COVID 19 death rate is so low. Director of the Africa Centers for Disease Control and Prevention John Nkengasong warned it would be misleading to draw any solid conclusions.

“Our testing level is extremely low,” he said, implying many cases might have gone undetected. About 415,000 tests meant only 400 per million had been carried out, which is much lower than in Europe.

Flattening the curve seems an absurdity based on these figures. Africa is still at the ascending phase of the pandemic curve and might simply be picking up speed now. In the absence of mass screening, testing and contact tracing, the official numbers remain pretty much useless.

In the midst of all the gloom, hopes of a cure have been ignited in Africa, as Madagascan President Andry Rajoelina has touted a herbal remedy known as COVID Organics. He claims that the herbal concoction does not only prevent but cures patients ailing from the coronavirus. the World Health Organisation (WHO) said it has not yet received any data on using artemisia against the novel coronavirus, saying there was no basis to claim it was an effective treatment, and has called for clinical trials. South Africa stepped in to help Madagascar to test the cure, and researchers from Germany and Denmark are now collaborating with the US company ArtemiLife on trials.

Quite clearly, a legacy of failed market orthodoxy entangling the health sector continues to play itself out in Africa. An adage runs that the past returns to haunt. Throughout most of Africa’s post-independence period, in the late 1970s and 80s, the world was caught up in the storm of a Cold War between the West and the Soviet Union. The quintessential welfare state prevailed in African nations, like in Zimbabwe, where free public healthcare and social service provision were abundantly availed to citizens. Mass immunization and rollout of rural clinics became the norm, owing to state subsidies. Political freedom had been achieved, but the economic costs were unsustainable without stimulus packages. High external debt problems, diminishing exports and negative GDP growth rates were only but a fraction of problems to solve.

Crawling out of the woodwork, the IMF and World Bank then prescribed structural adjustment packages (SAPs) as part of conditions attached to African governments receiving financial aid packages. SAPs generally required countries to adopt policies such as privatization of parastatal organizations, cuts in developmental budget expenditure, monetary policy tightening, and elimination of subsidies, among others.

This narrow public expenditure meant healthcare became a luxury. In Sudan for instance, as part of adhering to aid conditionalities in the late 1970s, the government increasingly liberalized the health sector through the introduction of a “cost sharing” policy. Despite all the good sounding clichés, this policy meant that consumers would have to pay for services at public hospitals and clinics.

It wouldn’t be far-fetched to presume that this policy adjustment would open markets for the ever growing pharmaceutical industry and other multinational corporations. Neoliberalism is underpinned by a rigid belief in free markets and big corporations as the solution to socio-economic problems. Additionally, government’s role should essentially be the protection and promotion of the private sector, rather than offering citizens safety nets.

The irony is that while Western nations are using more state interventionist methods in times of crises, the less developed countries are being encouraged to adopt neoliberal policies grounded in market orthodoxy, that have failed since the 80s. In the aftermath of the virus outbreak, it didn’t help matters when David Malpass, head of the World Bank, announced in March that poor countries should be granted debt relief on condition of opening up markets.

"Countries need to implement structural reforms to help shorten the time to recovery and create confidence that the recovery can be strong," said Malpass, adding that the World Bank would be "working" with those countries that have excessive regulations, subsidies, trade protectionism and litigiousness as obstacles.

In emailed responses to questions, World Trade Organization Director for Information and External Relations, Keith Rockwell, told me that for agricultural exporting countries like Ghana, Cote d'Ivoire and Kenya it seems likely that global demand will remain rather steady. But for big energy exporters like Nigeria and Angola, the collapse in oil prices could have major consequences as revenues plummet and imports become more costly.

“Our economists expect Africa's exports will fall by 5.2%, less severe than in other regions, but they expect that the rebound will be smaller too with growth of 3.1% in 2021.”

“The Sub-Saharan African economy is forecast to contract by 1.6% – which would mark the region's first recession in 25 years – with Nigeria's economy shrinking by 3.4% and that of South Africa by 5.8%,” said Rockwell, adding that this will have ripple effects on the rest of the continent as both countries remain substantial trading partners.

“What we do not need is for governments to make a bad situation worse by closing their markets, “ he said, adding that the WTO is closely monitoring the playing field to ensure that essential products reach COVID affected areas of the world.

A debate of rights lockdown

Images of people being whipped and bludgeoned out of city centers by police and soldiers enforcing lockdowns have extensively circulated in the media. Masses of people working in the informal sector have been forced to stay at home, without any meaningful social protection schemes witnessed in the developed world.

Press Officer for European Commission Foreign Affairs and Security policy, Gesine Knolle, told me in an online interview that governments, around the world as well as in Africa, are taking exceptional measures in response to the pandemic.

“In emergency circumstances such as this, international human rights law only allows states to limit certain human rights if the measures are necessary, proportionate, limited in time, and non-discriminatory. This must not be used to deprive human rights of their essence, for instance, to unduly censor freedom of expression and access to information online and offline, limit the work of human rights defenders, journalists or other professionals,” she said.

Dozens of African intellectuals, among them Nobel Prize winner Wole Soyinka, penned a letter to African heads of state urging them to use the crisis caused by the coronavirus pandemic as an opportunity to spur "radical change" in direction.

They took a swipe at the current management of the crisis.

“Adopting the all-securitarian model of 'containment' of northern countries – often without much care to specific contexts – many African countries have imposed a brutal lockdown upon their populations; here and there, violation of curfew measures has been met with police violence,” the letter reads.

They quickly point out that they are not advocating an impossible choice between economic security versus health security but wish to insist on the necessity for African governments to take into account the chronic precarity that characterizes the majority of their populations.

In an interview, Namibia Trade Forum policy analyst, Claudia Boamah said that lockdowns are but a means to an end as they depend on the capacity of a state to handle the increasing demand for health and social services.

“We may not be able to shake off the aftermath of this pandemic for a few years. But there is a definite need to reform our economic structures, and if we chose to do so, in the long-run Africa will be better for it,” she said.

It wouldn’t need a glimpse in a crystal ball to foretell the catastrophe at hand. Millions of Africans shall be forced to ignore concerns about viral infection and fend for survival by any means. Until a vaccine or cure is found, only coordinated multilateral efforts aimed at reducing the effects of the virus seem to be the best hope.

Kudzai Chimhangwa is a columnist for openDemocracy's ourEconomy, and a business and investigative journalist, with specialisation in digital rights and internet freedom advocacy.

This first appeared on Open Democracy.

Learning and Remembering: How East Asia Prepared for COVID-19 over the Years